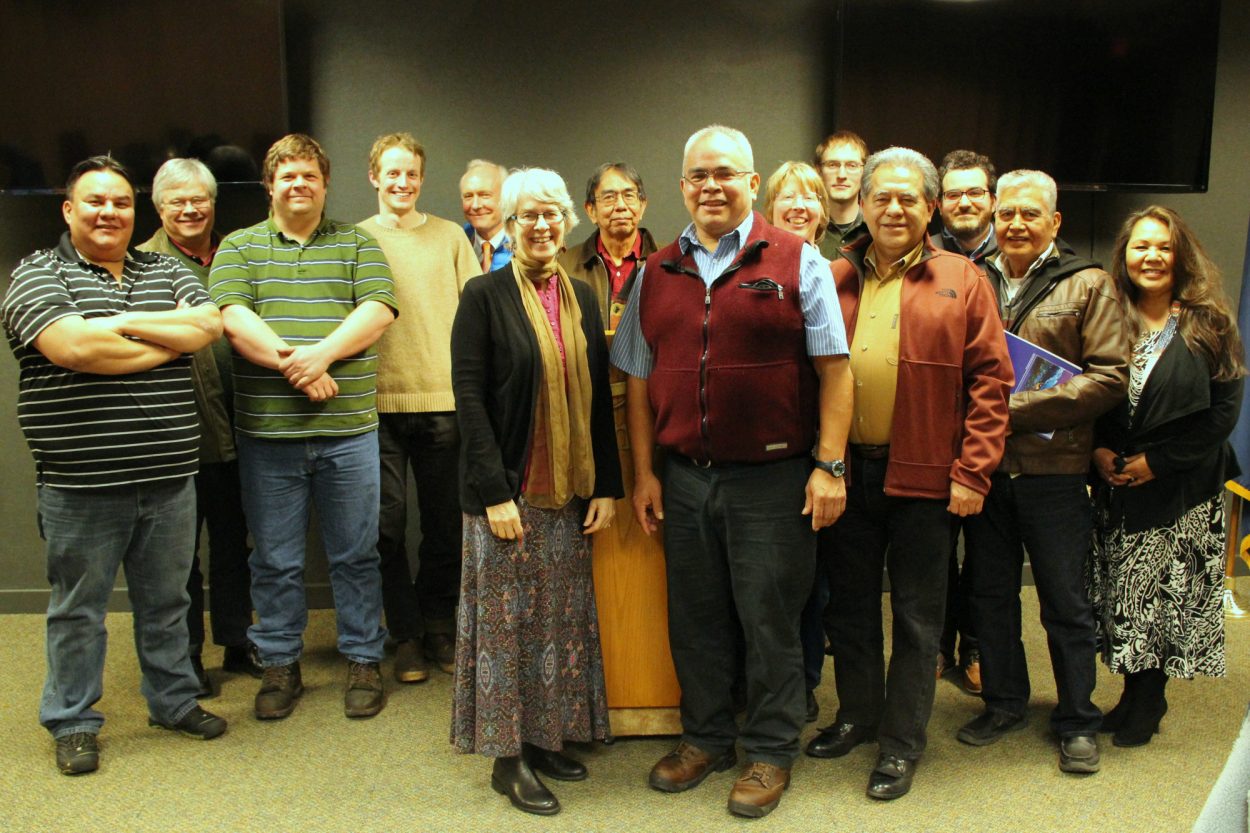 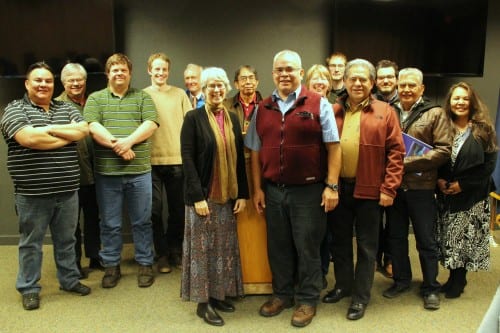 The Sitka Assembly and the Sitka Tribal Council met Friday night (1-30-15) over prime rib and halibut at the Westmark Hotel. The twice-a-year dinner is billed as a chance for the city’s two governments to speak freely.

SpottedBird said the Tribe feels sidelined as the city’s last remaining industrial land is parceled out.

“There’s been a lot of negotiating with Silver Bay Seafoods out there at the Industrial Park,” he said. “And that’s good, they’re a big player, they bring some economic activity, a lot of it, to this island. But I think the Tribe, though, we always feel left out, in getting access to property, and land.”

Baines said the Tribe feels that Silver Bay, in particular, has opposed it on key subsistence issues.

STA has tried to limit the commercial herring fishery in Sitka Sound, while Silver Bay participates in the fishery as a processor and some of its more than 300 fishermen-owners hold permits.

“I think what it boils down to, they’re wondering why there was such a big rush, [why] it was so important to rush that sale through to Silver Bay Seafoods,” Baines said. “Silver Bay Seafoods has been anti-subsistence since the day they opened their doors. Whenever we submitted a proposal to the Board of Fish, they would just fight us tooth and nail.”

SpottedBird reported that after a period of financial crisis that led to layoffs and cuts, the Tribe ran a surplus this past year. It’s launching three new businesses, getting its tannery back on its feet, and looking at options for affordable housing.

And STA would like to work with the city on all of those ventures, SpottedBird said. “Let’s be partners, and help each other,” he added. “That’s a big issue for us right now, is getting beyond these barriers and be real about being partners.”

“Because it’s nice to meet, but now, let’s talk business. Let’s do business together,” he said.

Meanwhile, Tribal Council member Rachel Moreno said the city needs to step up on public transit. Sitka’s bus system, The Ride, is run by STA and funded by both the Tribe and the nonprofit Center for Community.

But STA is losing some of the federal grants it relies on for The Ride. Last year, the Assembly agreed to pitch in $25,000 for the system – but made it clear that it was a one-time infusion.

Moreno bristled at  those conditions.

“Asking for a one-time, $25,000 contribution from the city — I kind of, but not really, jokingly say, well, the next time will be fifty,” she said.

Moreno said it’s unreasonable that the city historically has not contributed to Sitka’s only public transit system, which is used by tribal citizens and non-citizens alike.

“The city really does need to step up and take on that responsibility equally with the Tribe,” she said. “Maybe not equally as far as dollar for dollar goes, but put in a meaningful amount every year. That’s essential, that’s an essential service, just like healthcare.”

Tribal Council member Bob Sam had a more symbolic suggestion. He asked the city to consider tearing down the blockhouse on Kaagwaantaan Street, which has attracted vandalism and drug use. He suggested building a playground in the area, instead.

“It’s a symbol of the fort, and of what was separating the communities, so you’re right on about that. And I think that it would be a wonderful thing to maybe to try to have a playground put in there and the blockhouse taken down, for the 150th anniversary.”