In committee: Mt. Edgecumbe a choice in public education 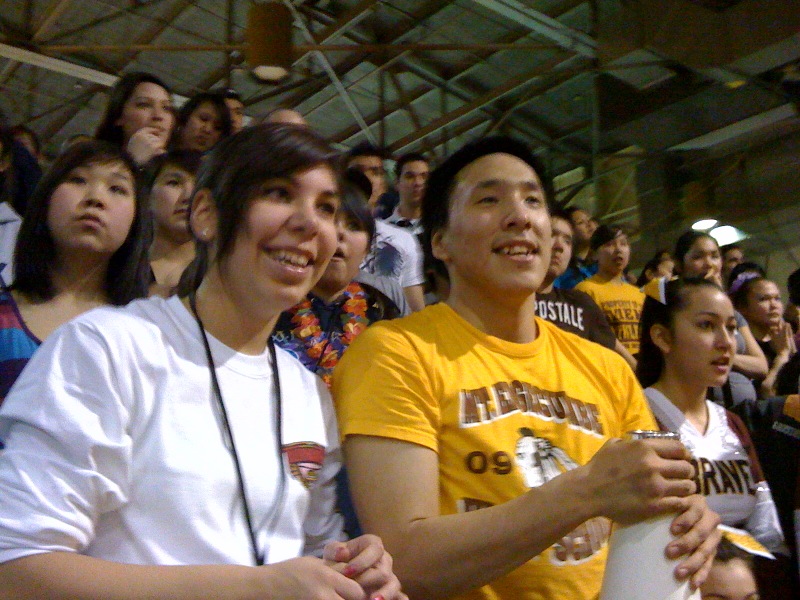 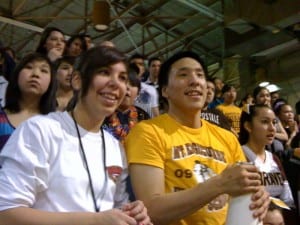 Mt. Edgecumbe High School went under the microscope for the second time in two weeks, as legislators look for ways to reduce state spending.

The state-run boarding school in Sitka was the subject of an hour-long hearing in the Education Finance Subcommittee of the House on Tuesday evening (2-18-15). The subcommittee heard testimony from officials with the state Department of Education, who took pains to demonstrate that Mt. Edgecumbe is an important choice for Alaska’s students — and a significant bargain.

“Certainly there’s a lot of emotion involved in this — and I know it’s a great school. That goes without saying. I’ve heard a lot of stories. I know a lot of people personally who’ve graduated from Mt. Edgecumbe. My point in the exposure and what we look at is not whether it’s a good school, but how much it costs, whether it can be replicated elsewhere, how it came to be, what it is now, what students go there, and so forth.”

Department of Education deputy commissioner Les Morse explained that Mt. Edgecumbe began as a Bureau of Indian Affairs school in 1947, built on the former Naval Air Station in Sitka. The BIA closed the school in 1983. It was reopened by the state two years later.

Morse said that demand has been sustained. Mt. Edgecumbe’s enrollment has doubled since the 1990s — with a spike in 2005 when the administration of then-Governor Frank Murkowski decided to expand the school. Mt. Edgecumbe now enrolls over 400 students. Last fall, 360 students applied for 176 openings.

Mt. Edgecumbe scores applicants on 10 criteria — only one of which is the availability of a local high school. Those applicants without a local high school are weighted more heavily in favor of acceptance. The state statute is specifically non-discriminatory, in either ethnicity or geographic location.

“I understand the kids from Kongiganak, Kotlik, and Koyuk, and so on, but Sitka has its own high school. I guess that is my question: You have 34 kids from Sitka. What puts them at the top of the pile, that they wouldn’t go to their own home high school?”

Hutton — There’s room in the classrooms, but not in the beds. We’re trying to get as many students as we can, and that’s what happens if they want to come.
Rep. Gattis — It totally makes sense that you have students not boarding there, but just coming for the day from Sitka. Of course, it takes away from the Sitka Schools, but I tend to be a very pro-choice person — so the kids have chosen to go to that school, and I understand that.

Juneau Rep. Sam Kito added that Mt. Edgecumbe enrolled 46 students from Anchorage, as well as students from Palmer and Wasilla, Bethel, and Nome.

While 80-percent of Mt. Edgecumbe’s students are Alaska Native, Rep. Gattis acknowledged that its scope was statewide.

“What I’m hearing you say is that this is a school for Alaskans — not necessarily Alaska Natives. But all Alaskans have the same level of opportunity depending on where they come from.”

The subcommittee also asked questions about the science and engineering programs offered at Mt. Edgecumbe, and whether those programs were duplicated in other public schools. Mt. Edgecumbe boasts a staggering graduation rate — nearly 98-percent — and high test scores. Deputy Commissioner Morse said this was a benefit of “a captive audience.”

But mainly, subcommittee members were interested in costs. Mt. Edgecumbe is budgeted at $10.8-million, but it’s a combination of per-student funding, inter-agency funding, and state and federal grants.

Heidi Teshner, the director of administrative services for the Department of Education, broke down the costs for the chair.

Teshner – It would cost approximately $2.3-million more for the state if all these kids went back to their home districts. That’s not exact science, but a rough estimate.
Rep. Gattis – I think that was probably the most important answer to the question that we had last subcommittee.

Mt. Edgecumbe isn’t the only residential program in the state. The three other major schools are in Galena, Lower Kuskokwim, and Nenana. But Teshner told the committee that Mt. Edgecumbe is the least expensive — about $10,000 less per student over the school year — based on state aid and residential schools funding.

Teshner — Does anyone have questions on those two comparisons?
Rep. Gattis — No, that was probably the biggest answer, like I said.

The Subcommittee on Education did not adopt any formal recommendation on the future of Mt. Edgecumbe during this hearing. Before moving on to other topics, Chairperson Gattis asked Mt. Edgecumbe superintendent Bill Hutton straight up: Could this school be absorbed by the Sitka district?

Hutton replied, “To maintain this same level of opportunity for students — as much money as we’re spending this year — it’s going to cost somebody that money.”