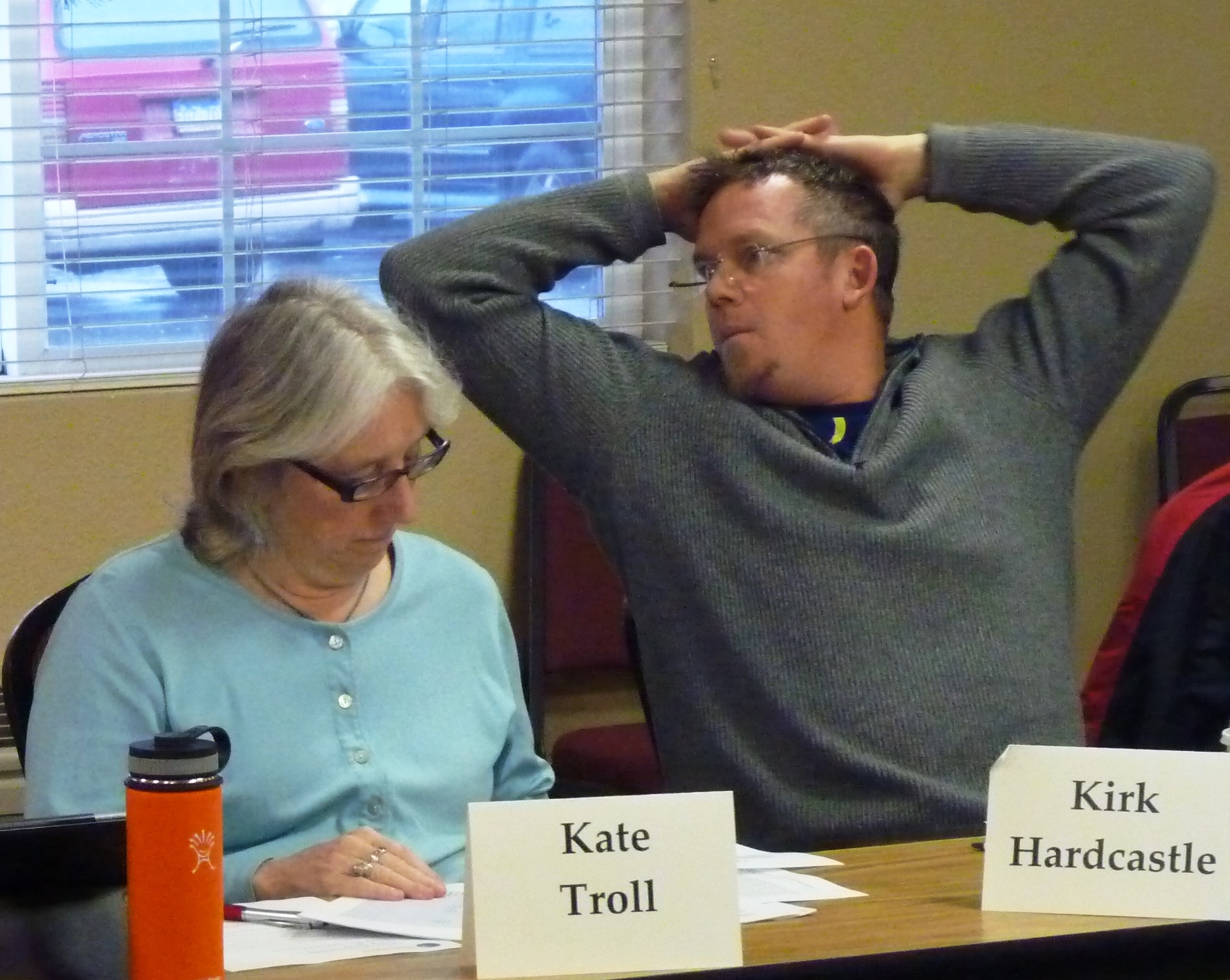 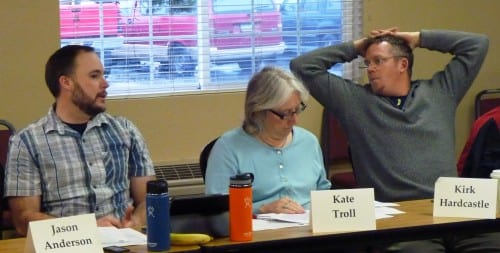 A new forecast says current plans for logging younger Tongass trees will not provide enough wood to maintain the region’s timber industry. But a more aggressive approach might.

Meanwhile, critics continue pushing the Forest Service to focus more on fishing, recreation and tourism during the most recent Tongass Advisory Committee meeting, held in Juneau.

Secretary of Agriculture Tom Vilsack, who oversees the Forest Service, gave Tongass officials a mandate about a year and a half ago.

He told them to develop a plan to move from logging old-growth to second-growth trees over the next 10 to 15 years.

“The current plan does not get you there,” says Wade Zammit, an industry representative on the Tongass Advisory Committee, which is developing recommendations for the young-growth transition.

“The models show that in 15 years, if you’re very aggressive on all of the young growth stands, that perhaps enough volume would be available to maintain the current industry,” Rush says.

He says aggressive, in part, means more logging near beaches.

He and Zammit say their analysis shows that could significantly increase the amount of available timber. Part of the secretary’s mandate is to maintain what’s left of the region’s industry.

That’s not what some people want to hear about.

“You guys are talking about relaxing standards and guidelines on beach buffers. … It’s craziness,” says Eric Grundberg, a commercial fisherman in Petersburg.

“And the whole thing is to support an unsustainable export timber industry. I think the time is now to stop old-growth logging and start being realistic about what really drives this region,” he says.

Rush and Zammit’s analysis shows too much weight is being put on pre-commercial thinning. It’s supposed to speed growth by reducing competition.

“The people that grow timber professionally for the timber growth, they don’t commercially thin anymore. It ended up costing way more to do it for the bang they got out of it,” he says.

Tree farms thin from an early age, which makes an impact.

But Rush, a conservation forester with The Nature Conservancy in Juneau, says it’s different in the Tongass.

The options analyzed included logging in clusters, rather than clearcuts. Different approaches to protecting streams and rivers were also discussed.

“All of the other options, all the aggressive and the modified and the hybrids, they get you to some place in the 16-20 [year] time frame that pretty much mimics long-range, sustained-yield numbers. It gets you there. The current plan does not get you there,” he says.

Rush and Zammit stressed that the report’s results are approximate.

Public testimony to the Tongass Advisory Committee was mostly critical of its direction, especially continued logging of old-growth timber.

“I’m guessing some of you would say that taking these watersheds out of the timber pool would amount to yet another lockup of federal lands. But from the way we see it, what it would do is to help lock in the $2 billion of economic contribution this region realizes from fisheries and tourism each year,” he says.

The Southeast Conference, which backs old-growth logging, sees it differently.

Executive Director Shelly Wright says the conversation should include jobs and small communities trying to hang on.

The next Tongass committee meeting is tentatively set for March 25-27.