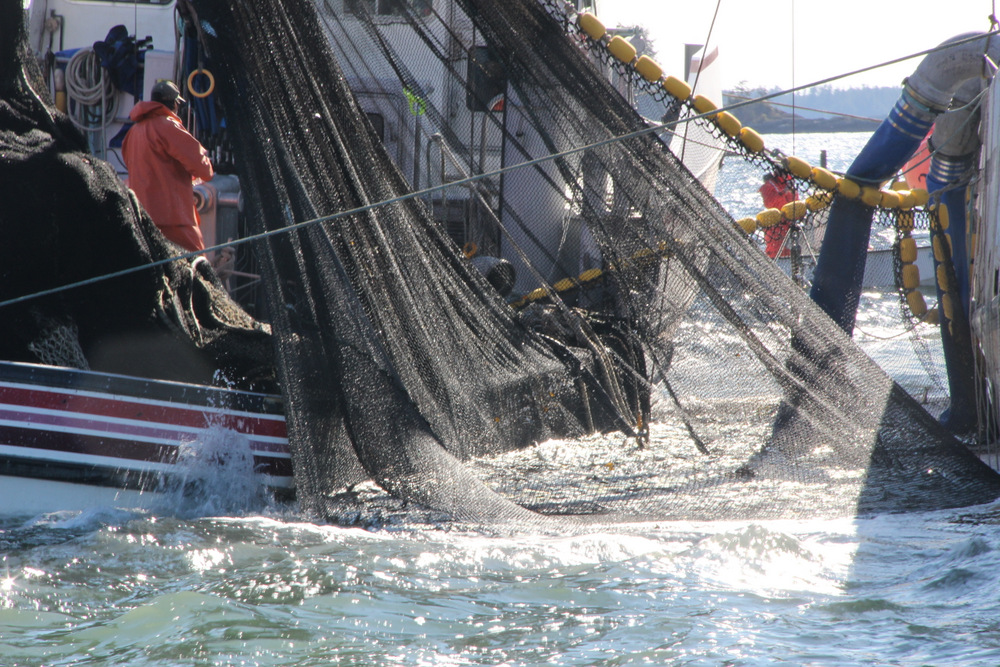 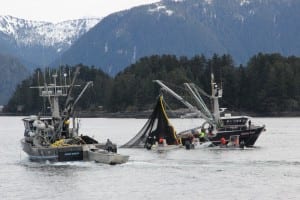 Many of the players and stakeholders in Southeast Alaska’s salmon and herring fisheries laid out their positions Tuesday morning (2-24-15), as the Alaska Board of Fisheries opened its spring meeting to public testimony.

Although the board had already received detailed, written comments on the 107 management proposals, it is in the oral testimony that most people’s concerns and frustrations really emerge.

KCAW’s Robert Woolsey reports on Day 2 of the Board of Fish meeting in Sitka.

The Board of Fish’s spring meeting in Sitka is open to the public in person at Harrigan Centennial Hall, and also online.

It did not take long for the central conflicts to emerge Tuesday morning, as fishermen, tender operators, and subsistence users offered their views to the Board of Fish in public testimony.

One ongoing dispute is between commercial and sport fishermen targeting Taku River king salmon near Juneau. Steve Merritt, a commercial salmon fisherman from Craig, thought it was premature to restrict the troll harvest of Taku River kings.

“Despite what the Territorial Sportsmen say, there is no crisis on the Taku, and it is not rapidly declining. Consistency is important.”

Merritt told the board that there was a “hidden evil” in proposal 174, which would create a Taku king salmon management plan — a deliberate effort to push trollers off of Taku kings, despite a good faith effort to work with sport fishermen.

“A run of only 20,000 kings filtering into the Juneau area over a four-month period means the fish are so thinly dispersed that there is almost no chance of an encounter with a Taku fish by a sportfisherman during March, April, May, or June.”

Meanwhile, several Sitka residents spoke in favor of proposals to limit the commercial herring harvest in Sitka Sound, arguing that the population needs time to rebuild.

Sitka Tribal Council member Harvey Kitka reminded the board of their constitutional mandate to conserve Alaska’s fish stocks. He said Sitka Sound had become the last viable population of herring in Southeast. He urged the board to consider the Tribe’s several proposals to curtail commercial harvest areas and limits.

“I really think in the long run this might even be good for the commercial people. I think they’re overflooding the market, and causing the price to drop.”

The Sitka Tribe has become more systematic in developing proposals for this cycle. Tribal staff biologist Jessica Gill testified that herring biomass has been on the downturn since 2011, and of the six potential sac roe herring fisheries in Southeast, only Sitka Sound would be open this year.

Coho clan leader and tribal elder Herman Davis was concerned about this trend.

“I wonder if all the scientists that are here can figure out what’s going to happen when the herring are gone?”

Davis said that herring populations were critical to the health of other stocks, including halibut and salmon.

Tribal members reminded the board that the subsistence harvest of herring roe-on-hemlock was a region-wide commodity. ANB Grand Camp No.1 Secretary Harriet Belisle’s testimony was more personal than scientific.

“It is in your hands. And what you decide, today and later, will determine and affect many lives. So do the right thing, and sleep better at night.”

But there are many lives involved in the commercial harvest of herring, too. Petersburg resident Rod Bruce operates two tenders. He told the board that this season’s weak market and possible cooperative fishery meant he didn’t have a contract for Sitka Sound herring. And he suspected that none of the many other tenders had contracts, either.

“This has traditionally been a financial kick-start in the early season for the tender fleet preparing for the salmon season. With fewer vessels fishing the quota, there are also numerous crew members without jobs. I know of one traditional processor at least that is staffed up for the fishery this year that has decided not to run their freezing line, leaving dozens of people idle. This has a ripple effect down through the communities of Alaska. Sitka, of course, but also Petersburg, Ketchikan, Juneau, and even Seward — anywhere these fish have been processed in the past, as ancillary businesses: marine suppliers, hardware stores, restaurants, pubs, lose revenue from these participants.”

There wasn’t quite as much polarity in testimony on some other proposals. Using pots to fish for black cod, for instance, remains a relatively novel idea in Southeast. Fishermen have been frustrated for years by sperm whale predation on longlines, which catch fish on individual hooks.

But Sitka fisherman Jeff Farvour said it wasn’t simply a matter of trading out longline gear for pots.

“I fully understand the desire to use pots, but my concern is that it not impact the traditional longline fisheries, because it becomes a big boat/small boat kind of thing. I think an estimate of up to $250,000 to invest in pot gear, and upgrading hydraulics, and those kinds of things.”

Hydaburg fisherman James Phillips had no intention of going out in 20-foot seas and slinging several-thousand-pound pots of black cod around. “I’m not a Bering Sea crabber,” he told the board.

Phillips said he could be swayed in favor of proposal 131, but he thought the protection from sperm whales disadvantaged fishermen. Pots catch smaller fish, and not the 45-pound giants that bring in $7-10 per pound on longlines.

Phillips then said what probably more than one longliner has thought.

“I’ll put it bluntly: My family would like to see some taking of the whales, but that’s never going to happen. Kinda like balancing the federal budget. Thank you.” (laughter)

A final simmering dispute at this year’s Board of Fish meeting is the allocation of hatchery runs among the various gear groups. As chum prices have climbed steadily over the past decade, trollers have seen their harvest values increase, but their overall share of the fish decline relative to the net fisheries.

Haines troller James Moore has been fishing for 40 years, but this was his first time to address the board. Moore is taking the high road.

“I’m committed as ever to working to promoting opportunity for my fleet, to working for my gear group to come into its targeted allocation range — but not at all costs. Certainly not at the cost of a respectful, informed working relationship between user groups.”

The Board of Fish is down one member after Gov. Walker’s nominee, Roland Maw, withdrew his name last week. Acting chair Tom Kluberton thought Moore had the right attitude for policy-making.

“Thank you very much. I’d like to direct your attention to this empty seat up here.” (laughter)

Moore already sits on four industry boards. One more, he said, “and my wife will kill me.”

The next step in the board process is to work in public committee — called the Committee of the Whole — to consolidate similar proposals. Committee work could take several days. The Board of Fish will meet daily in Sitka through March 3.