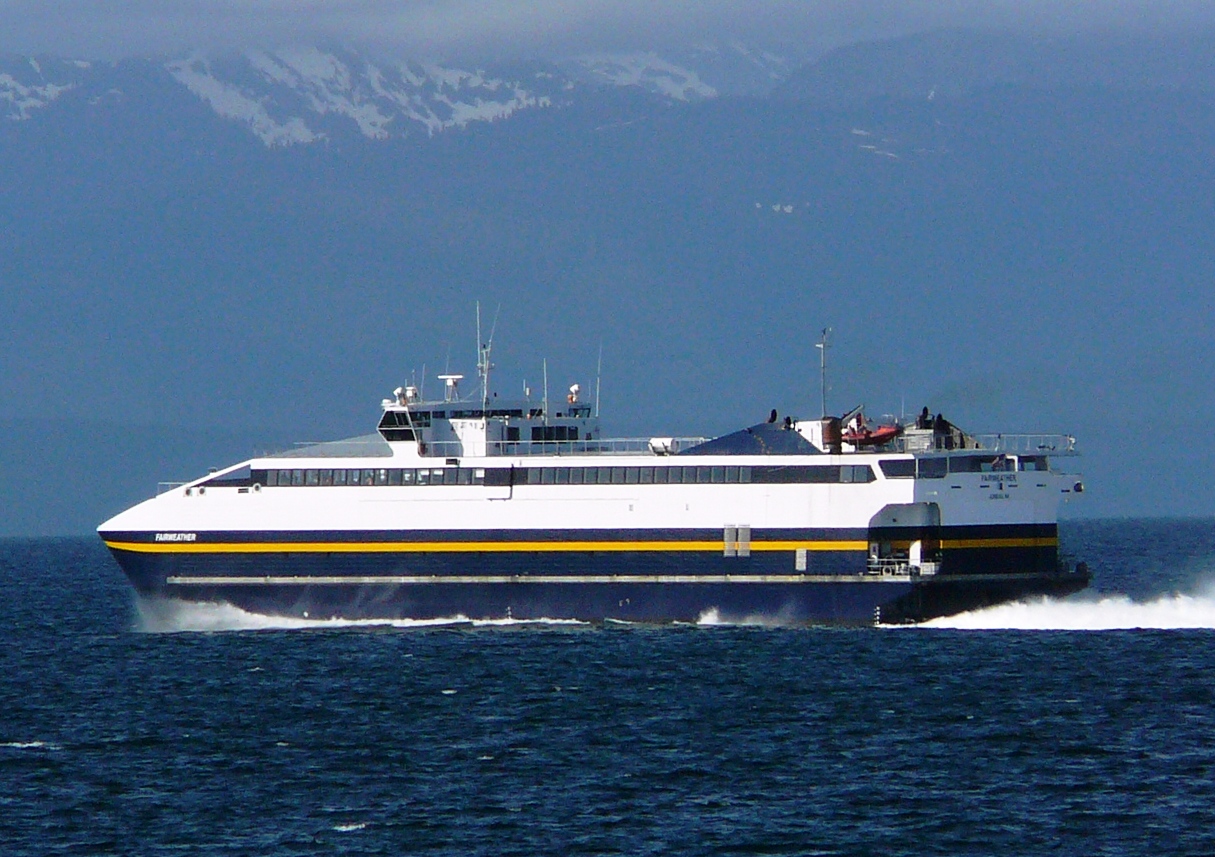 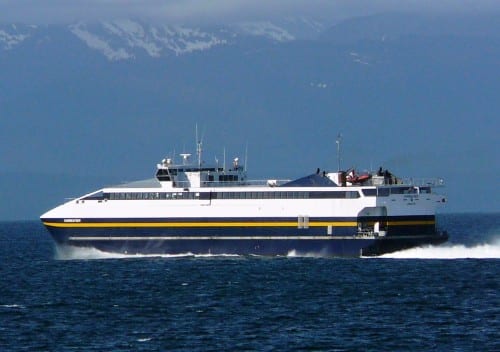 The fast ferry Fairweather sails Chatham Strait on its way to Sitka in 2010. One of its four new engines broke March 7 while sailing Prince William Sound. (Ed Schoenfeld/CoastAlaska News)

One of the Alaska Marine Highway’s new ferry engines is down. That could affect service in Southeast and Prince William Sound.

The Coast Guard on Tuesday determined the Fairweather could operate using three engines, as it has done in the past. It was expected to resume operations today (Thursday), the next scheduled departure, but high winds and freezing spray kept the ferry at the dock.

The ship, which is temporarily based in Cordova, sails to Whittier and Valdez, though not always on the same day.

He says the engine is under warranty and the state will not have to pay for repairs. A plaque onboard the Fairweather commemorates its construction. (Ed Schoenfeld/CoastAlaska News)

The Fairweather started having engine trouble within a few years of its 2004 launch. The state sued and was eventually given four new engines for each of its two fast ferries, plus two spares, also called “swing” engines.

The Fairweather’s power plant was replaced about a year ago at a Washington state shipyard. It’s been filling in this winter for the fast ferry Chenega, which is getting its own.

“Fixing this engine will be as simple as picking up one of our swing engines in Ketchikan on our way to Seattle and then replacing the engine and leaving the old engine or the damaged engine to be repaired,” Woodrow says.

The Fairweather will return to its Juneau base in May and resume sailing to Sitka and Angoon.

But the travel and engine-replacement time could delay the start of service, unless another vessel can fill in and give it an early start south.

Meanwhile, the ferry Aurora had to end a Juneau-to-Gustavus sailing Monday because of bad weather. No replacement sailing is planned.