The one compliment that never fails 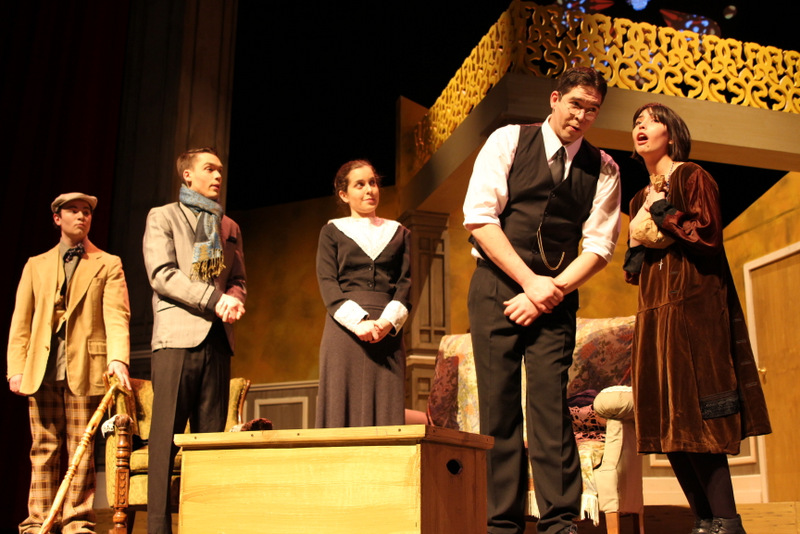 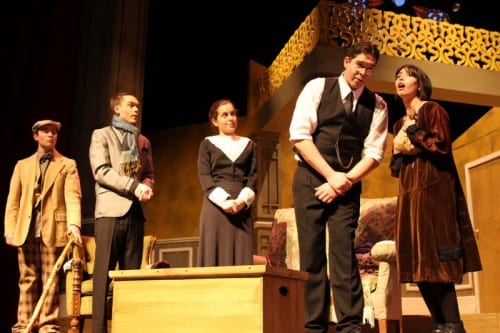 The full cast of the Flattering Word. (Emily Kwong/KCAW photo)

The flattering word ; the one compliment that has never failed. Tell any man, woman or child that he should be on the stage, — and you’ll find him quite as susceptible as a cat is to catnip. 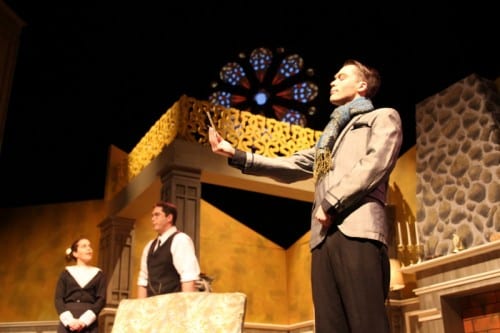 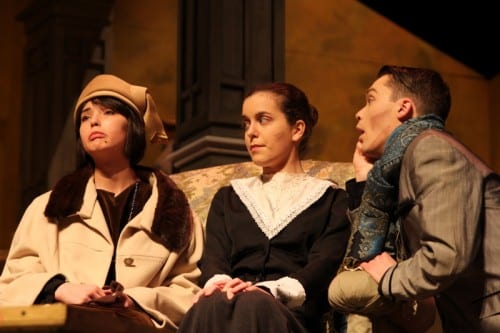 Destony Rosas’s character, Mrs. Zooker, is much older in the original play, but this production made her a younger woman. Sally Helm and Zack Desmond listen to Mrs. Zooker’s lamentations about never making it in theater. (Emily Kwong/KCAW photo)

The Flattering Word is a one-act satire about the persuasive call of the theater to even the most resistant of men. Zack Desmond played Eugene Tesh, a traveling actor and former beau of Doris Degmar (Sally Helm), who is now married to Reverend Loring Rigley (Emeterio Hernandez). Reverend Rigley opposes the theater on religious grounds, but through the winsome words of Tesh and his own church worker, Mrs. Zooker (Destony Rosas) and her son (Luciano Cannizzaro), has a change of heart.

The talented five-member cast was directed by Taylor Ciambra. Produced by Shannon Haugland with technical direction from Monica Ague.