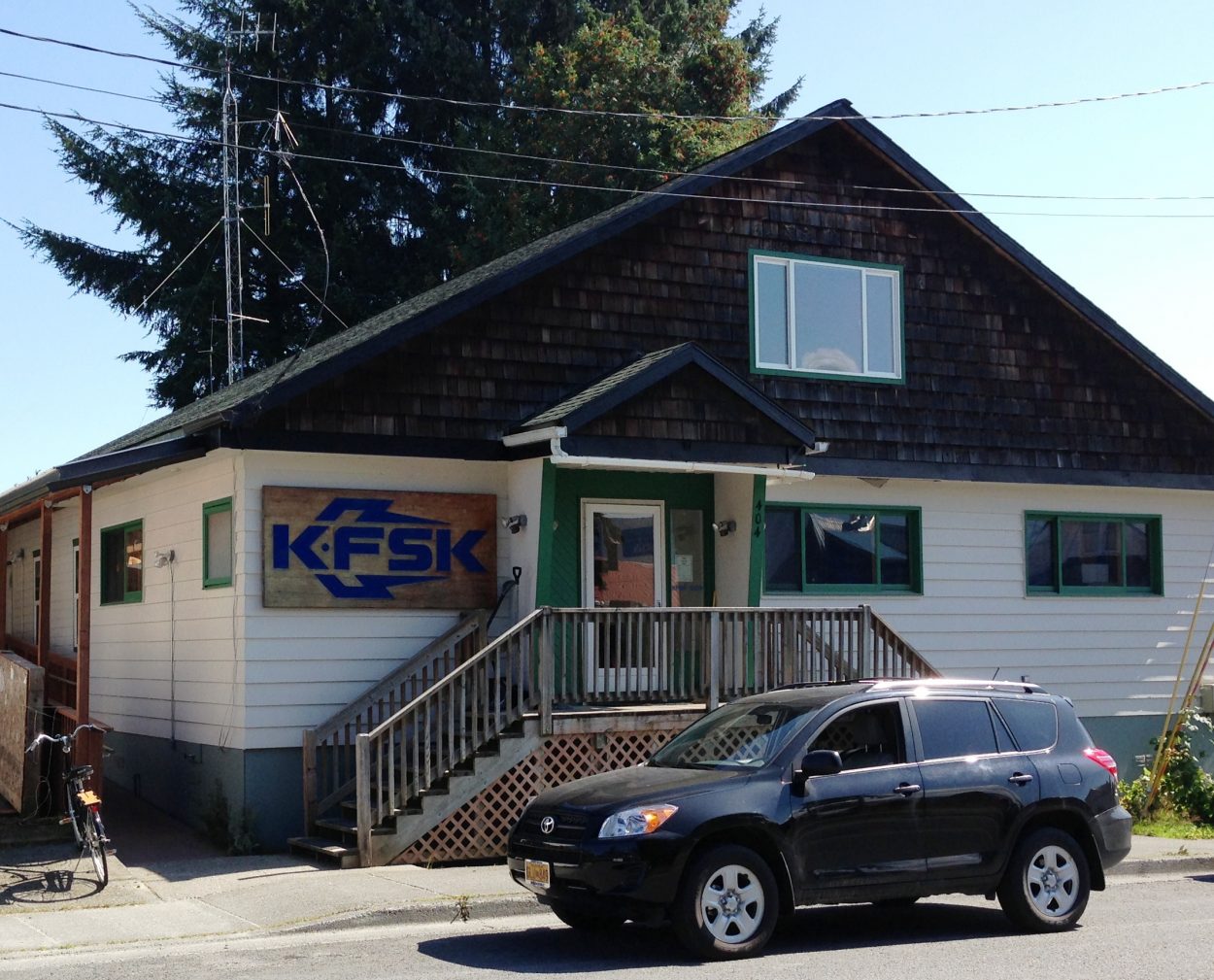 KFSK in Petersburg is one of at least five Alaska public radio stations that could eventually end local programming under proposed budget cuts. (Ed Schoenfeld/CoastAlaska News)

Some Alaska public broadcasters would have to give up local programming if the state Senate’s budget cuts go through.

Budget-writers from both legislative chambers are hashing out differences this week.

At one point, the Senate looked at removing all funding. And the House looked at a larger cut.

“That could put us in jeopardy of losing the federal grants down the road. That would take us down the path of no longer having a Petersburg service,” Abbott says. He says KFSK would end up repeating programming from another station.

Abbott says federal funding requires a local match and a certain level of staffing. He says state cuts could leave smaller stations below those requirements. They’d lose federal money, though not for about 2 years, due to a funding formula.

The Senate’s budget includes an explanation directing state funds to rural, not urban, stations. But it isn’t binding.

“You need the larger stations, the urban stations, to help them provide engineering support and coordination. You pull from the strengths of the urban centers to help the rural areas survive,” she says.

Full disclosure: KCAW receives state funding and would be impacted by either set of cuts.  In the current year, Raven Radio received about $137,000 in state funding, out of an annual budget of about $668,000.