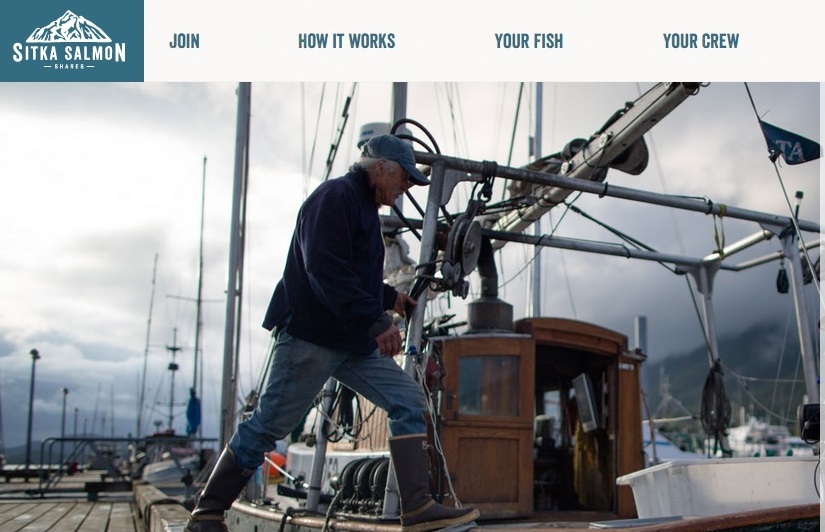 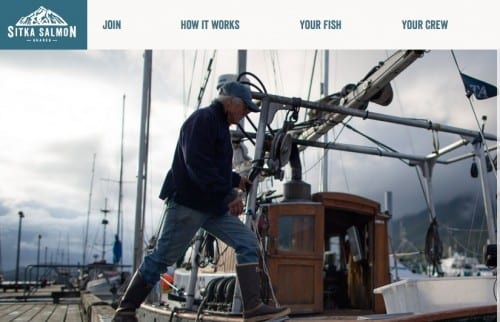 An academic exercise in direct seafood sales has taken a step toward commercial viability.

Sitka Salmon Shares was organized five years ago by a midwestern college professor interested in connecting individual Alaska fishermen directly with households in Galesburg, Illinois, as a way of teaching sustainable food systems.

But Sitka Salmon Shares is now out of the classroom. With over 2,000 retail clients in eleven urban centers in the midwest, the company this spring purchased a small Sitka processing plant and expects even more growth.

It’s called a Community Supported Fishery, or CSF. It’s a spinoff of the CSA, or Community Supported Agriculture. Picture farmers who harvest and sell produce by the box directly to a list of customers in a nearby community. Farmers know who eats their food; consumers know who produces it. It’s a type of food system that forges bonds in communities in a way grocery stores don’t.

But what if those communities are 2,200 miles apart? Maybe it depends on what you’re selling.

And salmon is easy to love. Done right, big, juicy fillets of king, coho, or sockeye sizzling on a grill can make for an unforgettable meal. So Sitka Salmon Shares founder, professor Nic Mink, doesn’t have to persuade people to purchase this experience. It’s more a matter of giving them access. 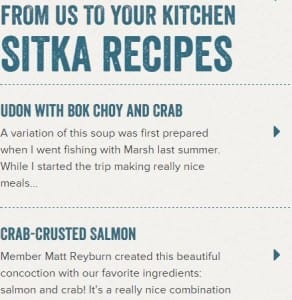 Sitka Salmon Shares range in price from $199 to $1,999 depending on the seafood package and duration. The website includes bios of the fishermen and other employees. There’s also a section on recipes.

Eleven Southeast fishermen have partnered with Mink. Over the last couple of years, Sitka Salmon Shares has grown significantly, shipping fresh-processed fish to a warehouse in Galesburg. From there, it’s trucked to doorsteps in places like Chicago, Milwaukee, Madison, Peoria, and Bloomington — 2,000 households in eleven communities. And he’s got 100 wholesale clients.

But with growth comes a problem many businesses face: production capacity. To meet the increased demand, Sitka Salmon Shares was forced to spread out processing among several different plants in Sitka and in Juneau — plants which typically pool product from all their suppliers. But Mink says it’s critical to a Community Supported Fishery that buyers know their producers.

So he and his fishermen-owners decided to purchase Big Blue Fisheries in Sitka. The 9,000 square foot plant for the last several years has provided custom-processing for sport- and commercially-harvested fish.

“So when fish comes in from Marsh Skeele or Sara Ohlin or Levi Egerton, it leaves the plant and arrives in the midwest as Marsh’s, Sara’s, or Levi’s. That precluded our working with some of the larger processors. And so there really was this need that the small guys were too small and the big guys were too big that made us think about making this acquisition, and ultimately led us to it.”

Big Blue, which will now be known as Sitka Salmon Shares Alaska, will retain many of its previous services, such as custom processing and smoking of sport-caught fish. But Mink says it will have an expanded retail area for local customers. And despite the name, Sitka Salmon Shares Alaska will offer the full range of locally-available seafood, including cod, rockfish, and halibut.

This a lot for a college professor to have on his plate. Mink, who teaches Environmental Studies at Knox College in Galesburg, says he’s scaling back his work there to half-time. But shifting his energy into this business doesn’t mean that his academic interest in food has waned. Far from it.

“The food system project that we’re engaging in is the rebuilding of medium-scale processing, which has disappeared both in agriculture and in fisheries during the 20th century as the food system consolidated. And one of the things we’re trying to do is rebuild a piece of that infrastructure so that we can have a viable, mid-scale company that will help facilitate our growth and maturation in the next 3-5 years.”

Mink says Sitka Salmon Shares Alaska will open its processing line in the near future. A grand opening for the public is planned in June.