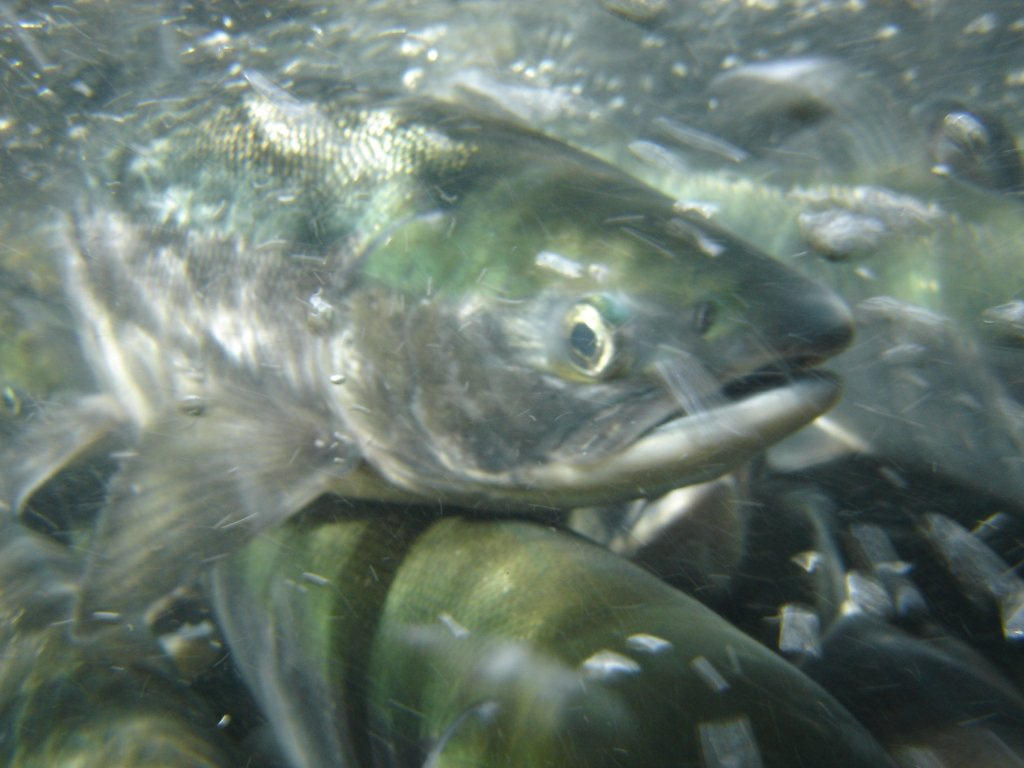 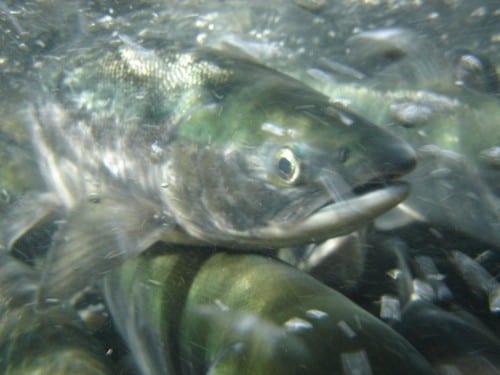 The US Forest Service says the most valuable product on the Tongass National Forest is now salmon.

Ron Medel is the Fisheries Program Manager for the Tongass. He gave a statistics-packed presentation to the Sitka Chamber of Commerce on Wednesday (5-6-15). His task over the last several years has been to figure out how much Alaskan salmon is produced in the forest.

I won’t keep you waiting in suspense. According to Medel, the Tongass produces 25-percent of all salmon harvested in the Northeastern Pacific Ocean.

Although Medel generated detailed charts and graphs showing the value of fish landed around the state, the breakdown of species that are being caught, and their relative values, this was the number that landed: 25-percent of all harvested salmon in this part of the world are wild stocks produced in the thousands of streams and rivers of Southeast Alaska.

He’s been studying this question since 2010.

“We manage habitat. The Forest Service manages habitat. (Alaska) Fish & Game manages your populations, and these are their numbers. And they’re doing a darn good job of getting the numbers. By law, they have to get accurate numbers to set their management goals, their escapement goals. They need to know what’s coming from the transboundary rivers — the Tatshenshini, the Taku, the Stikine. They need to know the contributions from these rivers, and I need to know so that I can tease them out — those aren’t Tongass fish. And that includes fish sweeping by from Oregon and Washington. Their own hatcheries.”

Medel has targeted his work exclusively on wild salmon. Southeast’s 19 hatcheries produce millions of salmon — especially chum — but he doesn’t count these as Tongass fish. And of the most valuable fish in Southeast — king salmon — only 5-percent were produced in the Forest.

The species pulling most of the statistical weight is pink salmon. Medel says 95-percent of all pink salmon in the region are wild.

“…Restoration. We want to make sure every fish can get up every (road) crossing. And we do have some larger restoration projects going on around the forest. Relatively small, in terms of the scope of the forest, because our systems are fairly intact. And we have to be very careful with where we’re putting the public dollar with our project work.”

Medel told the Chamber that the Forest Service was willing to prioritize and plan restoration projects, but the agency was reluctant to ask the public to spend money on actual restoration, preferring to approach partners like Trout Unlimited for funding instead.

This prompted some pushback from the audience.

This is salmon troller Eric Jordan. He suggested that the need for restoration was the result of logging, directed by the Forest Service.

Medel – Yes, we did do a lot of impact.
Jordan – My position is, the Forest Service is part of our government, the public should be helping restore it. My personal position is that they should restore it as quickly as possible, and we should make a huge investment in it. I mean, the figures you have here, fishing is a $1-billion-a-year industry in Southeast Alaska.

Medel responded that Southeast’s staggering fish production — even with some compromised habitat — created a bureaucratic dilemma: Most of the Forest Service’s restoration funding was targeted at Region Six, the Pacific Northwest, where some salmon runs are listed as threatened or endangered.

Nevertheless, he was excited about the projects that had been done so far, like the Harris River on Prince of Wales Island, which showed improved runs almost immediately.

“What other creature reflects how well we treat the land?” he asked. “It’s salmon.”