Gov. Walker urges public to pressure lawmakers back to work 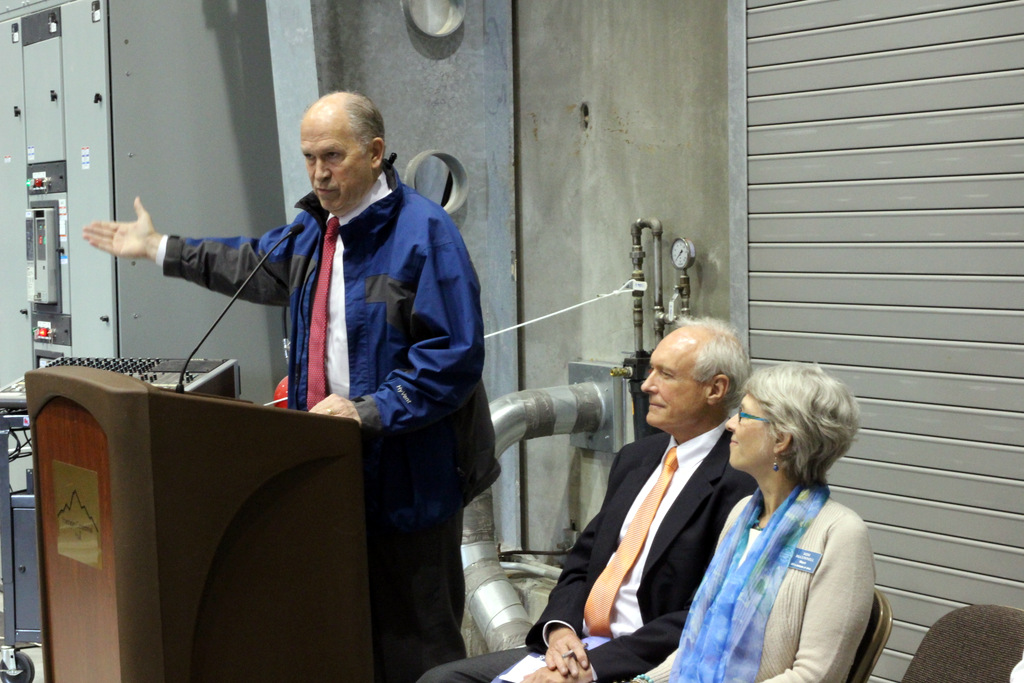 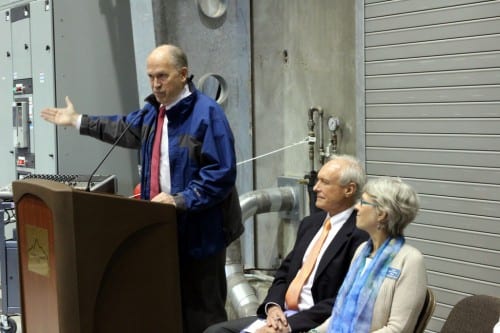 Gov. Walker at the Blue Lake Dam dedication ceremony with city administrator Mark Gorman and Mayor Mim McConnell. Walker told reporters, “There’s a $3-billion hole in the budget. We need to get on with it.” (KCAW photo/Rachel Waldholz)

Gov. Walker took a few minutes from his appearance at the Blue Lake Dam dedication in Sitka on Friday (5-8-15) to meet with reporters to discuss the current legislative crisis.

The legislature gaveled in the special session as required by law, but immediately went into recess, and most legislators left the capital.

Walker says he’s made efforts to meet with some of the leadership who’ve remained behind, but he’s clearly frustrated by the standstill.

“I’m not happy being a bystander in this situation. I’m happy to get involved, and even though it’s not my role necessarily, I’ve offered to do that. I’ve had a number of meetings with them (legislative leadership) and every time we get a little optimistic something’s going to happen, then something doesn’t happen. We’ll see what happens on the 12th. We’ll be ready for the legislature to come back to Juneau.”

At the end of its regular session, the legislature had approved a partial budget, $3-billion shy of operating state government for a full year. Minority Democrats have been holding out to restore some drastic cuts to education proposed by the Republican majority.

Gov. Walker was unwilling to predict how the conflict would be resolved.

“It’s hard to speculate what a group of 60 folks are going to do. But I hope they’re going to follow the direction from the public and finish the job, get a budget that’s funded, and let’s get on with it.”

The special session is over on May 27. Legislators will have only 15 days to resolve the logjam when they return to Juneau on Tuesday (5-12-15).