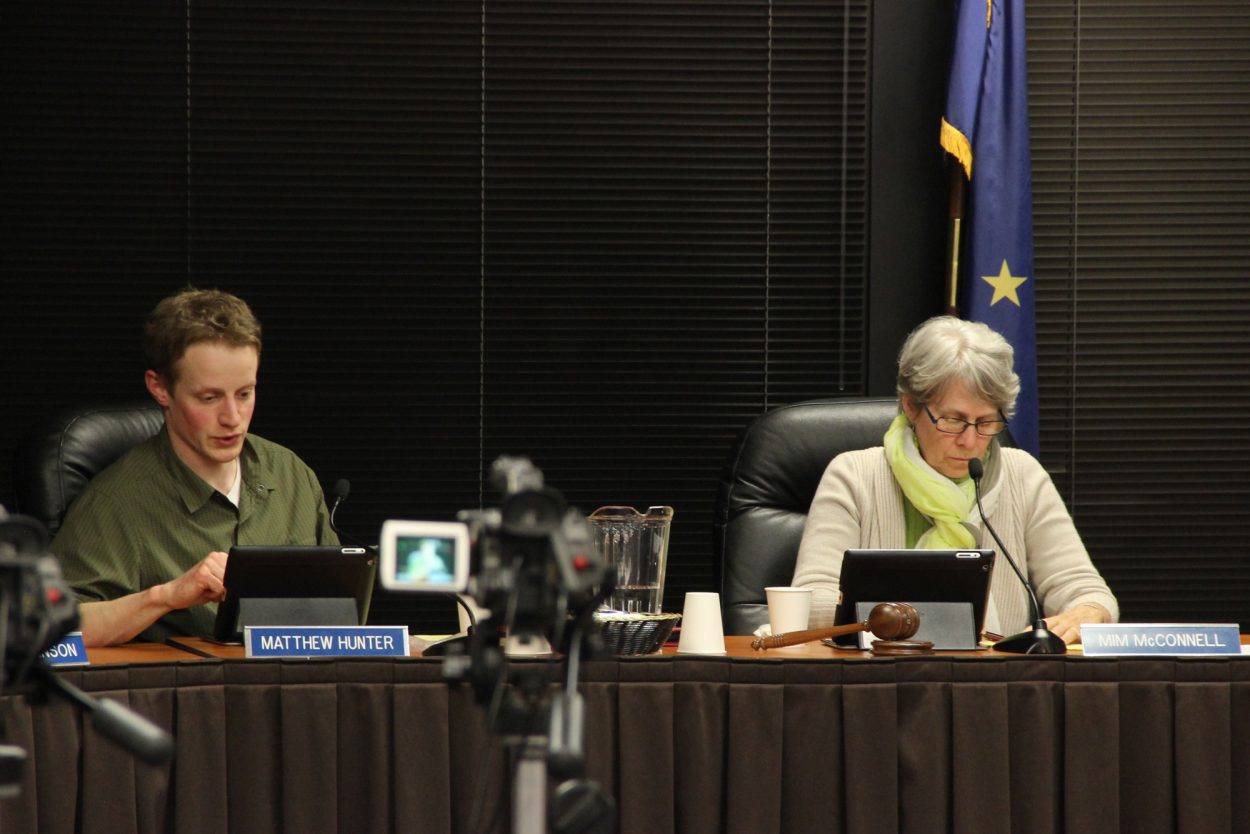 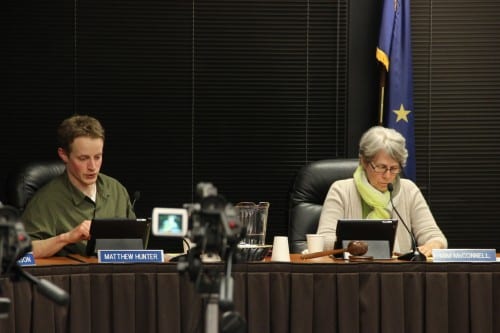 The Sitka Assembly voted to increase the sales tax cap from $1,500 to $3,000 during a marathon meeting on Tuesday night (5-12-15). The increase is part of an effort to raise an additional million dollars for Sitka’s school system — and the vote came despite passionate objections from charter fishermen.

The average three-day charter fishing package in Sitka costs about $2500. That means it falls squarely  within the range of the new, increased sales tax cap. And the new cap will go into effect on July 1 – which is square in the middle of the charter fishing season.

And that is the problem. Ann Wilkinson does invoicing for several charter operators. She said most sell their packages months in advance.

“So in other words, they’ve already paid,” she told the assembly. “And if you make this effective July 1, we’re going to have to greet them at the airport with our hand out and say please give me $60 more if you want to come to Sitka.”

Charter operators said they can’t demand more money from customers after the price has already been agreed upon.

“And asking us to just sort of eat it and pay it out of our own pockets would be a huge hit,” said Seth Bone. “I don’t know if we could do it.”

Bone was one of nearly a dozen people from the charter industry who lined up to testify against raising the sales tax cap. They called it too steep and too sudden. Many said they were resigned to the increase itself, especially to fund schools, but asked that it go into effect after this fishing season, so they could build it into their pricing.

But mostly, they said, they feel singled out.

“For twenty-five years we have contributed in many ways to the town’s economy, with city sales tax, bed tax, fish box tax, utilities, moorage fees,” said Theresa Weiser, of Wild Strawberry Lodge. “Our company supports the town economy in many, many ways, and I feel that this is a very unfair increase targeted to our industry.”

“I’d like to start by saying I’m a huge supporter of schools and the education of our people,” he said. “But I feel this proposed sales tax and hike is really unbalanced. It really feels like a targeted tax aimed right at our industry .”

Trotter said the cost of schools should be share equally by all citizens.

“You know how some of Sitka views us charter industry,” he said. “But you know this tax, especially when it’s right on the agenda with an alcohol and tobacco tax, which is sometimes referred to as a sin tax…Is that how the city council in this city views the charter industry? Are we now sinners and have to carry this brunt of the taxes to support our schools? I sure hope not.”

Assembly members said they aren’t targeting anyone — and indeed, charters hardly came up when the ordinance originally passed on first reading. Michelle Putz said the city’s options are just limited. The school district needs an additional million dollars this year, to avoid major teach layoffs.   And options like raising property taxes, or increasing the summer sales tax would have to go to a vote. That money might not be available for years.

But the assembly can raise the sales tax cap on its own, and the city estimates it would bring in about $400,000 towards their goal. That’s the bottom line, Putz said.

“When you see my name on a bunch of taxes, it’s not that I want to raise taxes,” she said. “But if we want to fund the schools, which we’ve heard a lot of people say we do, we’ve got to find a way to do it. And this is one of very few means we have.”

As a compromise, Deputy Mayor Matt Hunter proposed exempting any sales in which the price was already agreed upon before the new ordinance passed. But city staff warned that would be unenforceable.

At this point in the meeting, commercial fisherman Eric Jordan marched up to the podium.

“Folks, sometimes, the absurdity of the situation just strikes me,” he said. “You have people begging that really rich people, who can afford to buy a plane ticket up herem and go on carbon guzzling boats out here, can’t afford to help us pay for our schools, and what our representative calls a fiscal apocalypse. I also plan to sell a bunch of fish this summer…I am more than willing to pay extra. So please don’t exempt me. And I don’t think you should be exempting anybody else either.”

And in the end, the assembly seemed to agree. The vote to exempt sales failed, by a vote of 3 to 4. Steven Eisenbeisz summed up the feeling at the table.

“I took the time to look up some rates of some of the people who have spoken tonight,” he said. “One of them, for a four-day package, was $3,250…One can assume that $90 on top of that isn’t going to make a whole lot of difference.”

Eisenbeisz ended up voting against the ordinance. But he was in the minority, along with Aaron Swanson. The assembly voted to raise the sales tax cap, 5-2.

The Assembly postponed two other tax measures: one would have doubled the tobacco tax; the other would put a ballot measure before voters to increase the summer sales tax from 6- to 7-percent.

Assembly members said they wanted to consider other options – including a potential property tax increase — before making a final decision on either.

We’ll have more on those stories tonight, on Raven News.