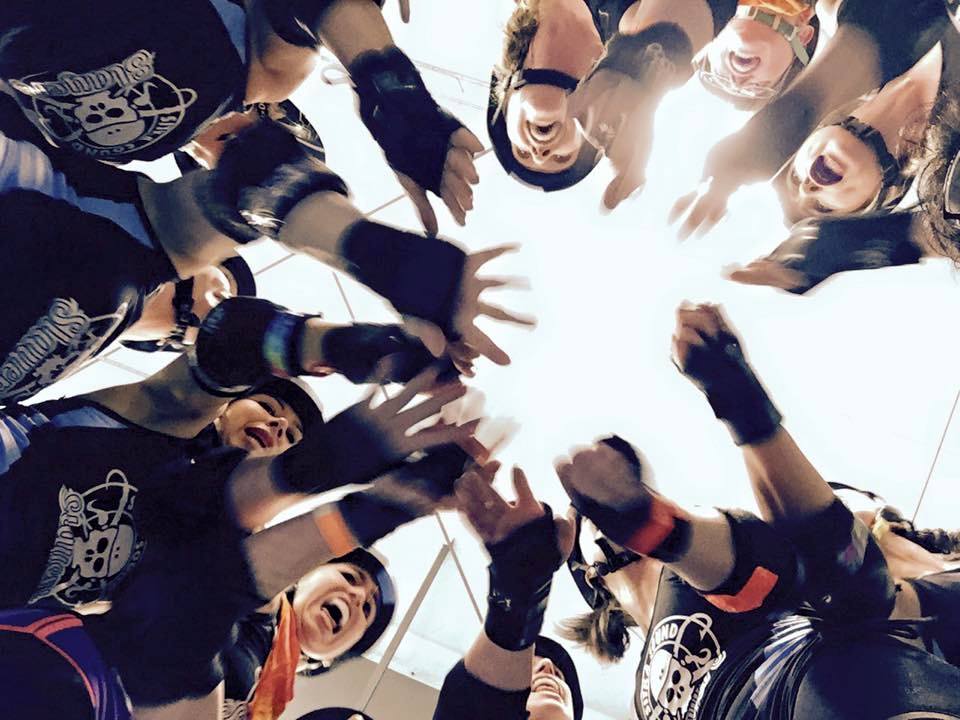 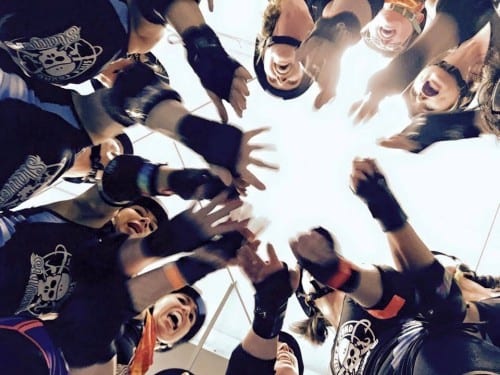 According to Newhouse, the Slayers treat each other like family. “We want to be competitive, but competition will never replace fun.” (Michelle Turner photo)

It’s official: Sitka has the number-two roller derby team in the state.

The Sitka Sound Slayers lost only two games in Alaska’s United We Roll state roller derby tournament held over the weekend (May 16-17) in Palmer — both to the nationally-ranked Rage City Rollergirls from Anchorage.

The Slayers have only been skating in organized derby for two years. Nevertheless, Sarah Newhouse, who skates under the name “Risky Mistress,” says that landing in the championship against Rage City was not a total surprise.

“We definitely did see ourselves in that championship game. We knew it would be a tough game to play, against some really tough competitors. We’re really proud of our performance overall.”

Flat-track roller derby has been growing in popularity in the United States — and internationally. The Slayers’ performance in recent games against Petersburg, Wrangell, and Denali had pushed the team to 2nd in the state — based on scoring — even prior to the tournament. 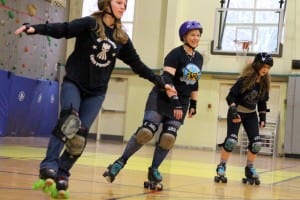 “Standing on that line and being there, and knowing the competition that we were coming up against — you kind of have that moment of, Oh my god I’m really here! This is really happening! They were super-strong competitors. It was really good for us to go up against a team that strong because we get to learn a lot, too.”

But the tournament was not all about Rage City. The Slayers had to get by Anchorage’s Orange Crush (166-39) and Wasilla’s Boom Town Derby Dames (130-20) before meeting the Rollergirls. The Slayers lost that first matchup 31-107. But since it was a double-elimination tournament, the Slayers got another chance after close win over Juneau 109-100. In the finals, the Slayers gave Anchorage their toughest game yet, but lost 73-171.

Prior to meeting the Slayers, the Rage City Rollergirls had given up 6 points in the entire tournament.

Newhouse says the Slayers now know what the bar is for competition in Alaska roller derby, and they’re feeling prepared to meet it. But she also thought that Rage City seemed a little serious.

The Slayers, she says, are a family that believes in fun. 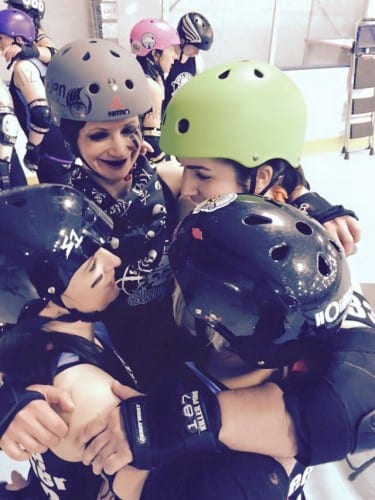 The Slayers are now officially in their off-season, though they’ll skate two evenings a week and Sunday afternoons at the Hames Center to maintain their skills. The team is open to women 21 years of age and older. However, referees and officials of both genders are needed to make derby successful. The team expects to open its home season this fall on Alaska Day with games against Juneau and other Southeast teams.