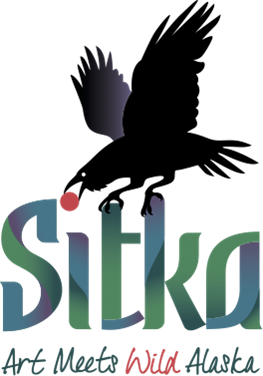 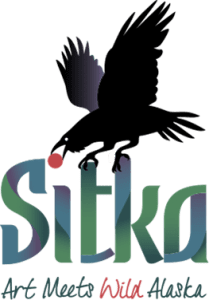 Sitka has been a popular tourism destination for many years, but the Convention and Visitor’s Bureau wants to make the city even more appealing to visitors.

That’s why last night (5-28-15), it unveiled a new logo and tagline to give potential visitors a snapshot of the diverse history and culture of Sitka in one fell swoop.

The new logo features and colorful design incorporating a raven, and a tagline that says “Art Meets Wild Alaska”

The new logo and tagline have been in the works for several months now. A committee of locals worked with a Seattle-based marketing firm and the SCVB to formulate a brand that authentically represents Sitka.

The idea of having a unified marketing message has been a conversation in the city for over a decade, but the topic isn’t an an easy one to talk about.

This is Tonia Rioux, Executive Director of the Sitka Convention & Visitors Bureau:

One of the things that was a slight deterrent is the concept of branding as a far as the locals are concerned. Because people hear the term branding, often times they get nervous, they don’t know what to expect. They think of something being very commercialized or they think of branding as making something what it’s not.

Rioux says the branding process is part of the larger initiative called the Downtown Pedestrian Wayfinding Signage Project, which the Assembly set aside $300,000 dollars for.

Now that it’s all been released to the public, Rioux says the next step is to create a detailed implementation plan. Since that process is just beginning, she says it’s difficult to say when the public will see the final product.