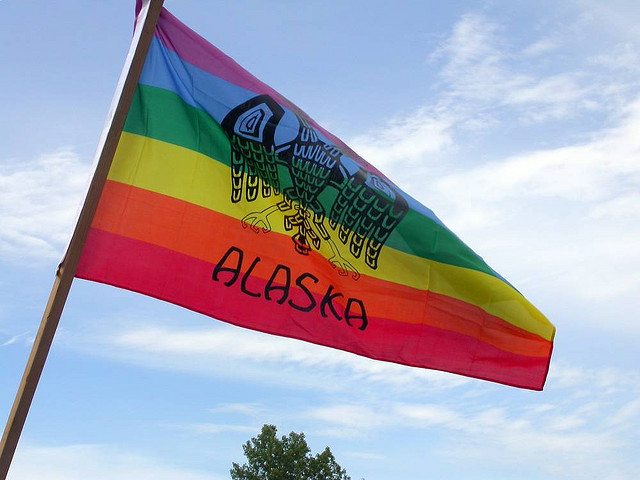 Although same-sex marriage has been legal in Alaska since last October, residents of Sitka and visitors alike had thoughtful reactions to Friday’s (6-26-2015) landmark decision by the US Supreme Court.

KCAW’s Vanessa Walker took a walk downtown to find out how people feel now that marriage equality is the law of the land.

Downtown Sitka was packed on the overcast and humid Friday that the nation’s highest court legalized same-sex marriage in every state. But, the wet weather didn’t dampen the enthusiasm many had about the issue.

I think it’s incredibly exciting,” Sitka resident Emma Bruhl. “I think that this cause has had a lot of momentum over the past couple of years and it’s time, so I’m very excited.”

Her sentiments were shared by  Linda Janacek, also a long-time Sitkan.

“Love is love, and we all need to go that way, that’s the way the world needs to be,” Janacek said. “There are  still quite a few people that don’t know and understand and are close minded, afraid,” she said.

Same-sex marriage has been legal in Alaska since last year, when the 9th Circuit Court 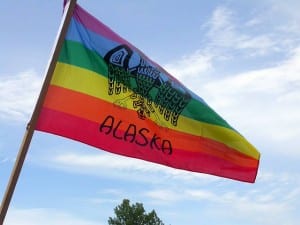 overturned the state’s gay marriage ban. Some Alaskans are glad the rest of the country is finally catching up.

“I think it’s about time it’s passed everywhere. But I know, since it’s been passed here, it’s like ‘oh yeah, ok,’  but we’re in Alaska and we forget about what the rest of the country’s doing,” said  Amber Kunz, who was visiting from Anchorage.

Before the Supreme Court decision, same-sex marriage was already legal in 35 other states besides Alaska. Among them is Illinois, the home state of Sally Griffith, who was visiting on a cruise.  She thought the ruling was a historic step for all people.

“I believe very strongly that people have the right to their own life, and to live it, and to care for those that they care for best,” Griffith said. “This gives people the right to a lot of privileges that have been denied them.”

But the ruling wasn’t just a matter of celebration or disappointment.  A former resident named John, who was back in town for a visit and only wanted to be identified by his first name, simply said that it was important for the supreme court to do right the right thing by the American people.

“I think that the supreme court, its job, in many ways, is to follow trends in the country,” John said.  “I think the trends were pointing toward open marriage, towards marriage for gays. There’s been I don’t know how many states, have already legalized it. And so, it would follow that the supreme court did the right thing,” he said.

As it turns out, many Sitkans would agree.