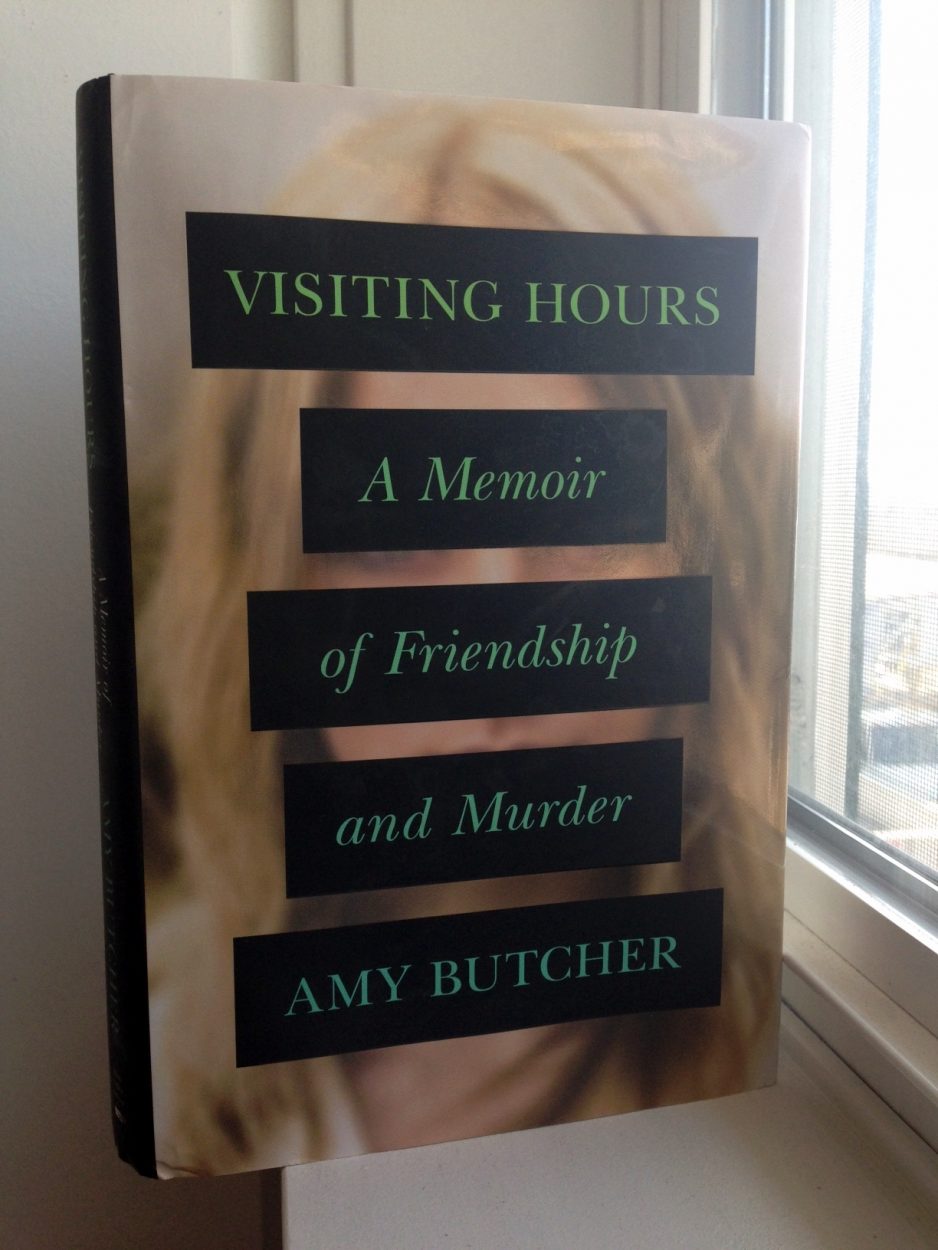 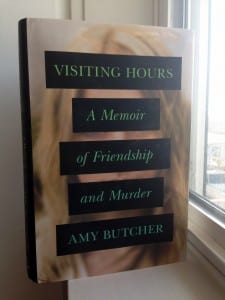 Exploring violent crime is nothing new for non-fiction literature, but Amy Butcher’s new book Visiting Hours offers a different approach to the genre.

In 2009, just a month before her graduation from college, one of Butcher’s fellow students was brutally murdered. She didn’t know the victim well; the perpetrator, however, was one of her best friends — a man who had seen her safely home just hours before the crime.

Amy Butcher is in her fourth year teaching at Sitka’s Fine Arts Camp. KCAW’s Robert Woolsey stopped by to talk with her about Visiting Hours.

Can a man be a victim of his own crime? Not many people would think so, especially if the crime is homicide. Amy Butcher says her own feelings about violent crime and the people who commit it were pretty clear cut, until the night her friend Kevin Shaeffer walked her home, and then went home himself and fatally stabbed his former girlfriend.

“And this event instead really abruptly cut this idea in half, and it became this whole new thing of, This is my friend, someone that I care for and sort of trust — and trusted from that first morning of his arrest — that this was something that was really complicated.” 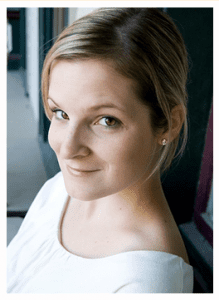 Butcher describes Visiting Hours as a coming of age story — overnight. The murder rocked the community of Gettysburg, Pennsylvania, and the campus of Gettysburg College, where she and Shaeffer had spent the previous four years together.

Butcher was not an author at the time, just a graduating senior thinking about the next step.

“And I certainly never thought that I’d write about this. It was never in my thinking. I couldn’t imagine. Three months after this happened I started graduate school for writing — and non-fiction writing at that — and yet I never wanted to write about this, and never did write about this for at least the first two years of my graduate career. I felt way too close to the events, too close to him. It felt like something I really didn’t want to look at. But of course, it was something I was spending all of my time thinking about, and really trying to explore privately.”

And part of that exploration did include writing — letters. For several years Butcher corresponded with Shaeffer in prison, maintaining their friendship from school. But over time it became clear to her that life in isolation was forcing Shaeffer into a kind of eternal past.

“It made sense to me that he would want to be constantly reminded of these better days, these days before anything really happened. And I think that was a strong part of our friendship, kind of allowing him to remain rooted in those memories.”

Perhaps another part of that friendship was never confronting the crime with Shaeffer, either in her letters or in her culminating visit to the maximum security prison. Instead, Butcher stops by the Gettysburg Court House and reads the case file. In those several hundred pages she finds a man struggling with depression and suicide, someone she never recognized — or maybe someone she refused to recognize. The court psychological profile points to a line that most never cross, but any of us could.

“Part of writing the book was trying to mimic the experience of, I thought I knew this person, and then this unspeakable thing happens that doesn’t make a lot of sense. So, to a certain extent, I want the reader to feel that as well. I think it’s important in humanizing those who commit crimes like this, especially when it’s under duress, a kind of psychotic break of sorts.”

But just as Butcher unpacks the psychological underpinnings of violent crime, she also takes Visiting Hours into very personal territory: the fear of not knowing what we or anyone we know is capable of. Butcher was diagnosed with Post Traumatic Stress Disorder in the aftermath of the murder. Her story was not easy to tell, but it was important to tell for anyone looking to make sense of the senseless.

“You know, this is something I could have waited on, or not drafted a book about, but at the same time it does feel like it was very, very necessary to process and to move on from it, was to explore it in all its weight. Things are better as a result of it, for sure.”