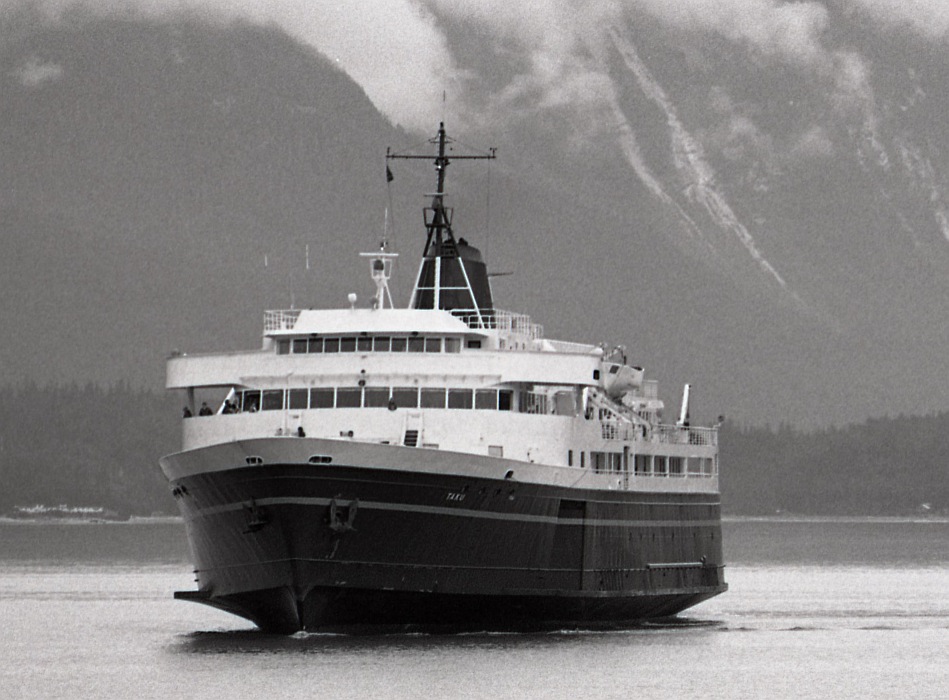 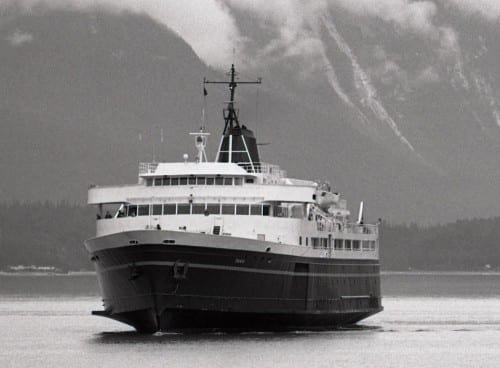 Southeast Alaska community leaders hope to restore some ferry sailings cut due to state budget reductions. They called for changes during Wednesday’s teleconferenced Alaska Marine Highway System public hearing on the proposed ferry schedule for this fall, winter and spring.

It proposes tying up the ferry Taku, which has been docked since July 1, for the entire year. Its replacement will sail half as often to and from Prince Rupert, British Columbia’s northernmost port.

“This has resulted in a significant reduction of service in Ketchikan, Wrangell and Petersburg,” she says.

“Specifically, losing the Taku is problematic for Ketchikan fish processors. It’s faster for processers to place a product on the ferry to Prince Rupert and truck seafood to the Lower 48,” she says.

The schedule, released last month, also lays up the fast ferries Chenega and Fairweather, beginning in the early fall.

Five small communities will have no service for a month in the winter and larger cities will see reduced sailings overall. 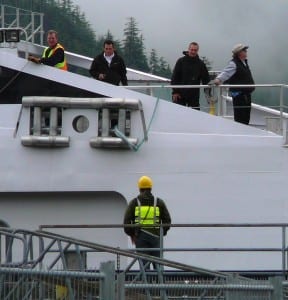 Crew members tie up the fast ferry Fairweather in Sitka. The ship and its sister, the Chenega, are scheduled to be tied up for most of this budget year. (Ed Schoenfeld/CoastAlaska News)

Several of those testifying say ferry service is essential to the region’s small communities.

“We have a lot of our people who come to Juneau to shop and go back. To fly those goods into villages now so they can have them is even more costly,” he says.

He says villagers also use ferries to bring relatives’ remains home for burial and flights would be too expensive for some.

“Several caravans of motor homes canceled their trips to Haines this summer. And some aren’t going to make any reservations for next year. And so, that’s a huge hit to those businesses that those caravans support when they’re in our communities,” she says.

The Legislature planned to begin deep ferry cuts this summer, which made the whole schedule uncertain.

Leftover funds from the previous year allowed most summer sailings to continue, through vessel breakdowns and the Taku tie-up cut some runs.

Wrangell Economic Development Director Carol Rushmore says the schedule has to be more reliable so travelers – and the tourism industry — can make plans.

“So if there’s some way that DOT can address that in the coming months to be prepared for next summer so our visitors know what they can and can’t do ahead of time and we’re not devastating our communities in the middle of that,” she says.

Ferry officials say they’re taking all suggestions seriously. But there just isn’t enough money to meet most of the requests.

Deputy Commissioner Mike Neussl says the situation is unlikely to improve, since there won’t be any leftover money.

“I just want to set the stage that fiscal fear ‘17 likely will not have that same relief pot available. And there’s every indication that further cuts to the system and to the state government as a whole are likely,” he says.

That’s unless the price of oil, which fuels the state budget, significantly increases. Analysts say that’s unlikely to happen.