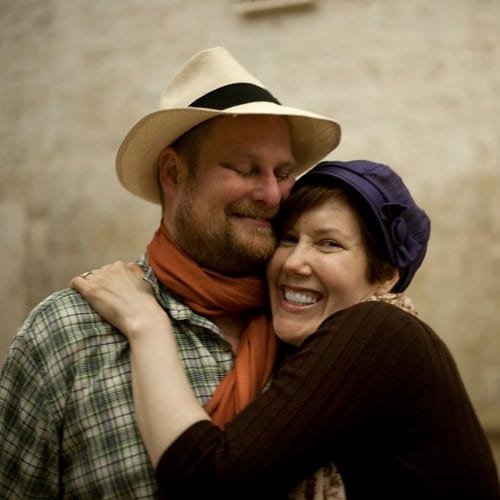 Ken Fate has been the general manager at Raven Radio for the past 11 years. And beginning Nov. 1, he’ll share that role with his wife and longtime Stardust Ball co-host, Rachel Fate.

Raven Radio’s new general manager is a class act: Ken and Rachel Fate. They will officially begin as co-managers on November 1st, 2015. Until then, Ken Fate will be flying solo as general manager through October 31st, 2015, which is also Raven Radio’s Stardust Ball. The Fates have hosted the Stardust Ball for the past fourteen years, with fabulous costumes throughout.

They plan to bring that partnership, both in work and in play, to the job of general manager. Ken will focus on big projects, while Rachel will focus on office systems, retail, and archiving. “We’ve used a carpenter analogy,” said Ken Fate. “I will rough in whatever we are building. I tend not to enjoy the finishing, the sanding, and the staining.” Rachel added, “And I do.”

Ken talks about staff changes and upcoming events at Raven Radio. Raven Radio’s raffle is going on now. The Stardust Ball will be on Saturday, October 31st in the Odess Theater in Allen Hall and will have a cap of 500 people. The guest musician is Seattle-based funk band Eldridge Gravy and the Court Supreme. Ticket prices will be higher than in years past, due to state budget cuts, and will be made available in mid-October.