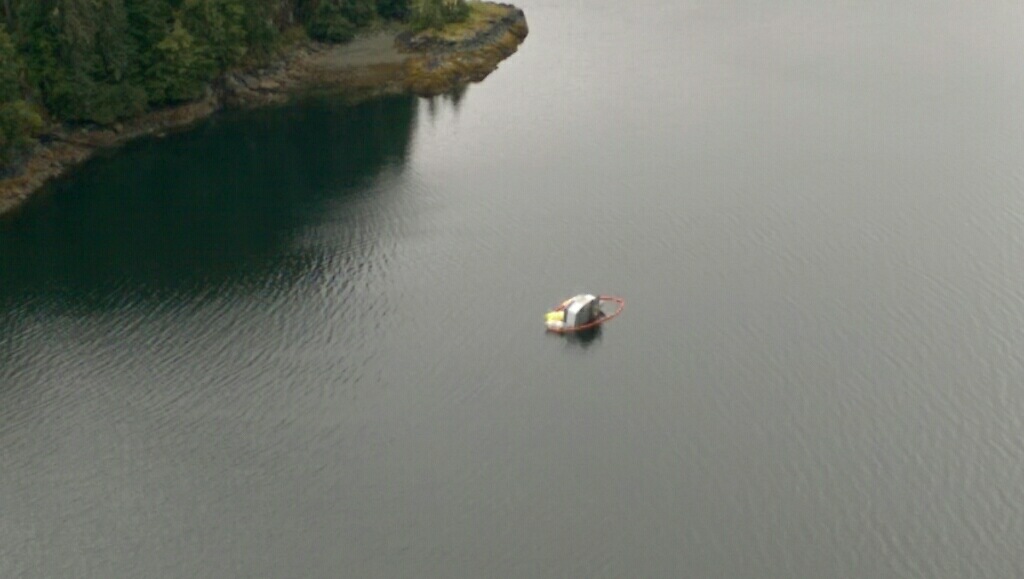 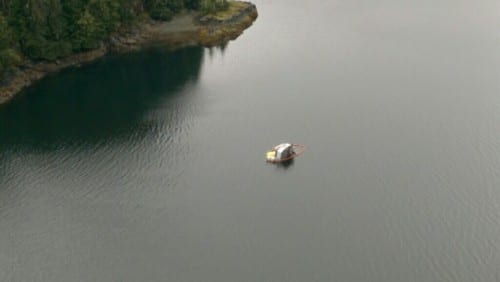 The vessel’s owner, listed as Hughie Blake out of Cordova, was on shore at the time of the sinking. He had anchored the Sierra Allene in Kelp Bay, about 23 miles northeast of Sitka. The crew of the fishing vessel Irish later discovered the Sierra Allene jutting out the water.

The owner reports that 600 gallons of diesel were on board. The cause of the sinking is still under investigation.

As of this afternoon (09-08-15), Coast Guard Sector Juneau had removed all the fuel that was on board and deployed booms around the Sierra Allene. While doing a flyover, ENS Charles Frizzell said that a light sheen was visible on the water, but that the fuel spilled was no more than half a cup and would likely dissipate.