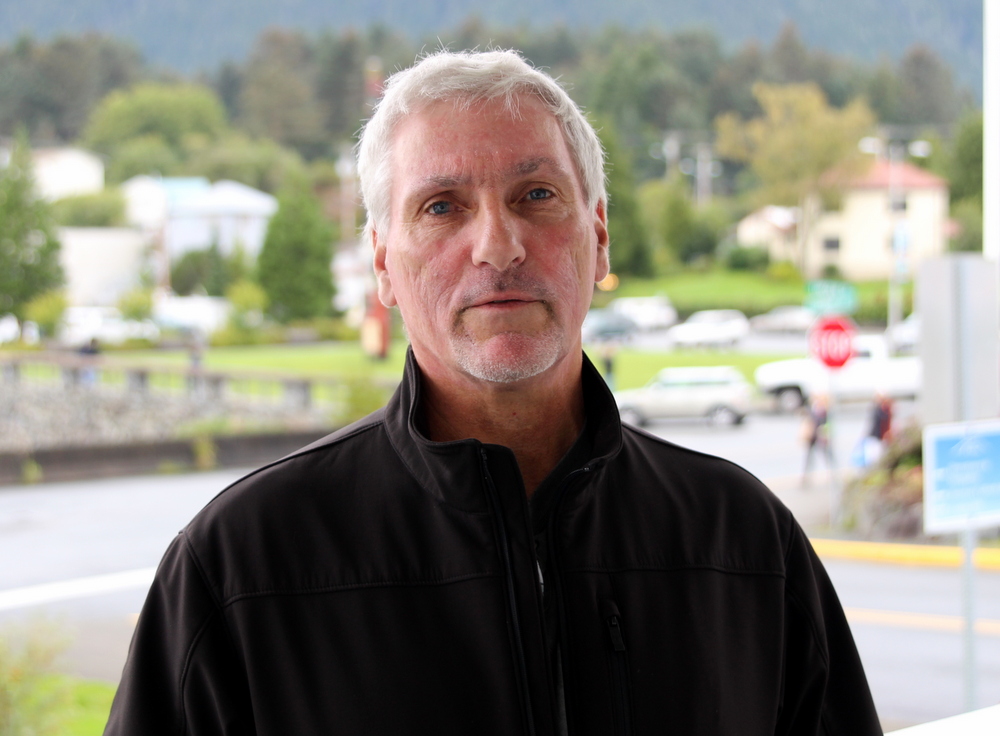 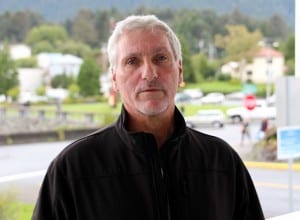 Ed Gray has been a familiar face over the past couple of years in Sitka’s schools, even though his own children don’t attend. This commercial fisherman, tannery owner, and self-described “parent activist” believes that it’s time for a dissenting opinion on the Sitka School Board.

When Ed Gray says he had his children in the Sitka School district for 12 years, he doesn’t mean the brick-and-mortar buildings. He means the district’s homeschool program.

“When my children were first going to attend school, I wasn’t very satisfied with the core math and some of the other things the Sitka School District was committed to. So after talking to the school district and seeing that there wasn’t any alternative, I chose to put them in an alternative where we could get them curriculums that we thought would be better for them.”

His daughter is now 16 and attends Mt. Edgecumbe High School. His son is 13 and is still homeschooled with the assistance of Terry’s Learning Center, a Christian-based tutoring program in town.

Gray says he represents a constituency dissatisfied with Sitka’s schools. He wonders if he acted appropriately, by leaving rather than trying to create a more desirable school system.

“We all took our kids out. We all homeschooled. We hired people to teach our children outside the school district. That’s what we all did. Whereas if we had all just gotten together and tried to change it, we may have been able to. So I kind of regret that. I wish I had made a different decision back then, to be more active trying to get an alternative to that.”

So he’s being more active now, attending board meetings and budget hearings, and sitting in on the math curriculum development committee. His presence is sometimes antagonizing to the people working in schools, because his complaint toward public education is so broad.

“Yeah, I’m running because of local control. Because of the federalization of Sitka Schools — I’m opposed to it. I’m really concerned about it. Our obligation, our responsibility, is to our children. We’re not obligated to anybody else.”

While it would be hard to find any school board member, administrator, or teacher who didn’t feel obligated to children, Gray’s views on the district’s other obligations are probably not so universal. There’s a complicated web of state and federal rules, standards, and funding that envelope schools.

Gray understands that — as a public official — he would be an outlier.

“I’ve tried to be a voice for a different point of view, and so I can see continuing that as a school board member. There’s room for that, for one person with an alternative opinion. So that’s what I would try to do.”

Gray objects on many levels to the recently-adopted Alaska Education Standards. He doesn’t like that they mirror the Common Core Curriculum, which he considers a “corporate-federal” takeover of education. He doesn’t like the huge expense, and he doesn’t like what seems to him like blind faith in adopting them.

And so it follows that he also opposes testing to the new standards. But his objection has an added layer.

“As you know, I was a big proponent of refusing the tests. It’s a test designed to mass fail kids. That’s not beneficial for the kids, to design a test to mass fail them. Shortly they’re going to release the results of the tests, and when parents find out that their kids have all failed, do you think they’re going to be happy with the testing? I wouldn’t be.”

The Department of Education disagrees. Commissioner Mike Hanley says that the tests determine whether a school is meeting the new standard. Because the standard is higher now and the material is new, numbers will drop — from an average of around 80-percent proficiency under the old testing to something closer to 40 percent. But the results aren’t pass-fail, and won’t affect whether a student will move on in school, or his or her likelihood of going to college.

While shifting the Sitka schools away from the Alaska Standards will take more than a dissenting voice on the board. Gray’s activism has gotten more traction on a single issue.

Last year, the district was involved in an intense controversy over whether a sexual health curriculum offered at Blatchley Middle School could be taught by someone who also worked for Planned Parenthood.

“So I led that effort. I wrote the letter. I had 150 people sign it, and it wasn’t received well. I had doors slammed in my face — administrators slamming doors in my face. I wasn’t popular. It wasn’t what the district wanted to do. It was something that I had to persist at, and keep knocking on doors, keep talking about a better way to do things.”

A better way proved to be taking the issue to the legislature.

Last fall a conservative group of Senators led by Mike Dunleavy introduced SB 89, “An act relating to a parent’s right to direct the education of a child.” The bill contains specific language prohibiting school districts from contracting for classes on sexual health from “an abortion services provider.” The bill remains in committee.

Gray says he’s paid a price for his activism.

“Now, I’m closed off. I’d say that people don’t want to talk to me anymore.”

Even without controversies, the school board has had some rough sailing recently. The first draft of the current year’s budget was over $1-million in the red, and there was considerable uncertainty over state funding. Over the course of numerous public hearings, the board hashed out a plan.

“The budget process was horrible this year. Had I been a school board member, and the administration came back to me with that budget, I would have said, Go back and balance the budget. That’s the job of the school board. They didn’t even do their job.”

The low-hanging fruit in the budget process has been extra-curricular activities. The board picked two last year. Gray opposed both.

“Cutting Community Schools and the swimming pool, to me that was like cutting out White House Tours. You take the most popular thing that everybody’s behind and you cut it. It was a gimmick.”

The board relented, but it still took an infusion of $1-million from city hall to make ends meet in the district this year. Gray would have looked elsewhere for cuts.

“Where do we spend all our money? It’s in salaries.”

Nevertheless, Gray says he is pro-teacher. He wants students to be instructed by teachers, rather than through computer-based individualized education programs.

And he says he’s capable of working constructively. His wife Clara Gray, is a former Tribal Council member who now works at SEARHC. Several years ago he became involved in the Tribe’s work to apply for funding under the federal Alaska Native Education program. He says he brought many around to his point of view.
But the school board is a different matter.

“I realize that I’m a different candidate. I don’t align with the other candidates that are running. Is that a good thing or a bad thing? People are going to have to decide.”