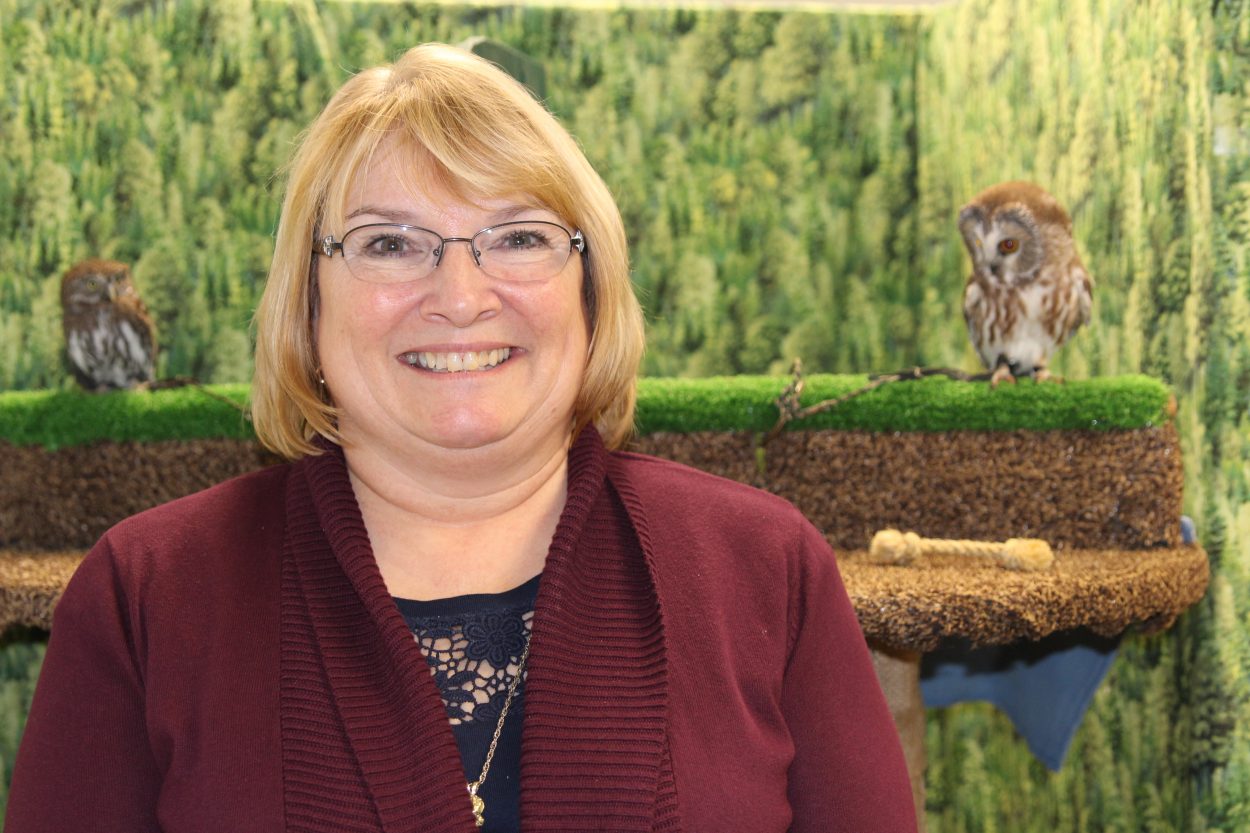 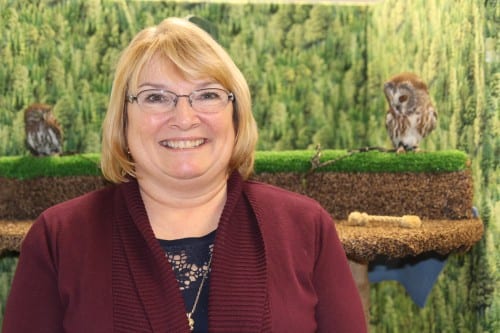 Debbie Reeder is leaving her post as executive director of the Alaska Raptor Center in a few short weeks. During her decade-plus career, she saw the center expand and develop into a world-class attraction.

Debbie Reeder sometimes loses track of time in the raptor center’s bald eagle flight training aviary. Like other staffers, she’ll go in to check on something and become entranced watching rehabilitating birds eat and play.

“We’ll find that half hour or 45 minutes have gone by and we’re still standing there watching birds.”

It wasn’t always like that. The bookkeeper-turned- executive director gained an appreciation for the winged creatures while on the job the past 13 years.

The center has some 20 resident birds, which cannot survive in the wild. It also rehabilitates hundreds more each year.

Reeder started at the nonprofit ¬ full-service avian hospital as the operations manager in 2002.

“I was actually hired because they needed a bookkeeper here,” she said. “My husband and I had sold a small business and I was so excited to go to work for somebody else and not have to be so responsible and take work home with me and here I am.”

During her tenure, Reeder oversaw the center’s expansion and numerous other projects that made it a must-see attraction. One of her biggest accomplishments was creating an endowment fund to ensure the continuation of education, research and raptor rehabilitation.

She’s also seen some curious and upsetting things when it comes to the eagles, owls, hawks and falcons the center helps. More than 80 percent of their injuries have to do with human interaction. One eagle, Volta, collided with a powerline. Others were hit by cars or ingested poison. One time, she says, a man came running into the center with an injured eagle tucked under his arm like a football.

“Now we don’t recommend anybody ever, ever do that again, but we looked up and there was a man in running shorts and a tank top with a bald eagle under his arm running through the building it was pretty funny,” Reeder said.

Established in 1980, Reeder has been at the center nearly half of that time. She’s ready to step down for herself and the organization.

“When you get to the point and you come to work and somebody suggests or requests you do something and you think, ‘Oh, darn, I don’t want to do that,’ instead of ‘Hey, great idea, let’s go do it,’ I think that it’s probably time to move on,” she said.

While Reeder is leaving the center, she’s not quite retiring. She plans to continue bookkeeping. She will also work for the railroad in Skagway next summer. And she’s going to spend some time in a much drier climate – Arizona.

“All’s you have to do is go to trip advisor or talk to anybody who has been here and they just rave about how compassionate and professional the staff is here with the mission that they’re doing,” he said.

A career administrator, Colson used to travel around the nation to see raptors. He has big visions for the future of the center –things that could not have taken flight without Reeder’s leadership in the last decade.