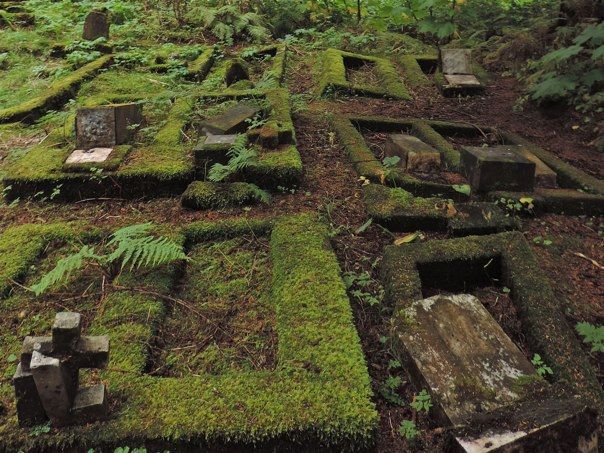 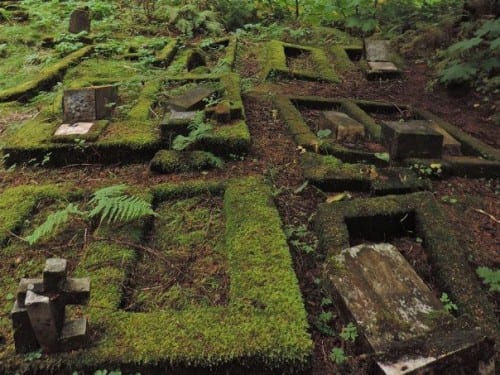 For the third time in the last seven weeks, vandals have pushed over dozens of headstones in Sitka’s Russian Orthodox Cemetery. Sitka Police are investigating. The first incident, pictured here, took place the weekend of September 12th. (Photo courtesy of Bob Sam)

In Sitka, a 200-year old cemetery was severely vandalized by an unknown party this weekend. This is the third time the Russian Orthodox Cemetery was targeted in the past two months. In this most recent incident,  one or more individuals knocked over 25 headstones.

Lance Ewers, the Sitka Police Lieutenant who has been working on the case since the first report in September, is at a loss for words. “I cannot wrap my mind around why somebody would be compelled to tip over a tombstone repeatedly. Over and over. On many occasions. It’s sickening,” he said.

Bob Sam, who has spent the last 30 years restoring the cemetery, declined to comment at this time. Sam reported the first two vandalisms to the police on September 13th and September 22nd. Both times, cadets from the Public Safety Training Academy volunteered to set the headstones upright within 48 hours. At the time, Sam told KCAW he was very touched by their actions.

With this most recent attack, Ewers estimates that one-third of the toppled tombstones are now permanently damaged to the tune of several thousand dollars. “A number of the tombstones we put up last time were put together with rebar, or had a cross on top. [Now] the cross is broken or pulled out of the re-bar.”

Ewers says the Police Department is intent on catching the vandals and wants to take steps to prevent future episodes. That includes offering a reward to those with information and setting up night vision cameras that detect motion with infrared.

Cameras were set up in the aftermath of the second vandalism, to catch perpetrators in the act, but taken down by the Police Department when the footage turned up blank. Ewers regrets not keeping them up. He said, “Not only are we going to put them back up, we’re going to put them up permanently. We’re always going to be filming now. This isn’t going to happen again with nobody getting caught.”

Tonight (10-26-15), a group of troopers plan to gather to restore the tombstones to standing and assess damages.