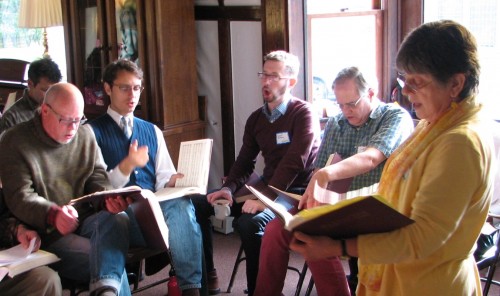 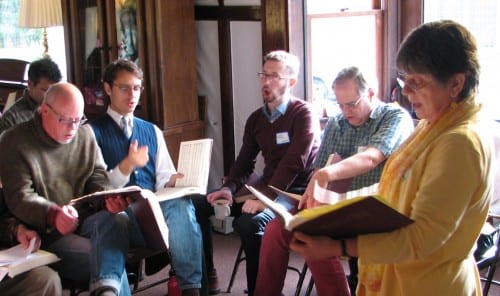 Sacred Harp singing is a traditional American gospel genre from the South. Several dozen Alaskans involved in the style gathered in Sitka last weekend to share songs and work on their technique. 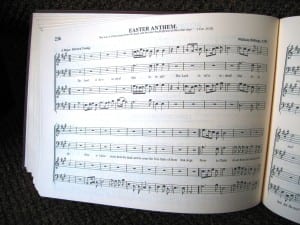 The Sacred Harp songbook was first published in 1884 in Georgia. It uses the shape note system of music notation. (Ed Schoenfeld, CoastAlaska News)

Jesse Karlsberg of Atlanta led about 50 singers from Alaska and the Pacific Northwest during the Eight Annual Alaska Sacred Harp Convention.

He says the Sacred Harp is a songbook first published in 1884 in Georgia. It’s also a style of music that uses its own system of notation, called “shape note.”

“It makes it as easy as possible to read music,” Karlsberg says.

“It has songs from England. It has a bunch of songs that were written in New England in the late 1700s for use in singing schools, teaching people how to sing better in churches,” he says. 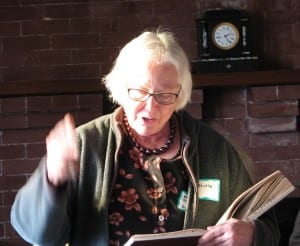 A singer from Kenai leads songs during the Sacred Harp convention in Sitka. (Ed Schoenfeld/CoastAlaska News)

“And then it has music written through the 19th Century in the mid-Atlantic states and the Southeast.”

He says a big part of Sacred Harp singing’s appeal is its informal approach.

“We don’t perform for an audience. When we sit, we face each other. And everyone who is here has the opportunity to lead a couple of songs,” Karlsberg says.

He says that brings singers together into a musical community.

He was introduced to the style about two years ago. 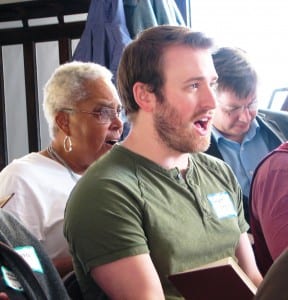 “I had been told about shape note by a friend and figured, ‘What the heck, I’ll try it out.’ And I have missed very few (sings) since then,” he says.

Longworth enjoys the fellowship of the Sacred Harp convention, as well as local gatherings.

“I love sight-reading music and it’s always fun to try out reading new tunes,” he says. “The people are so kind and generous and fun to be around.”

An Alabama organization, the Sacred Harp Musical Heritage Association, is among national groups dedicated to the style. A YouTube channel includes videos of conventions and community singing sessions.