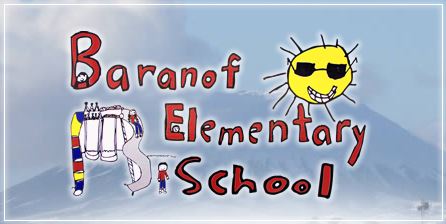 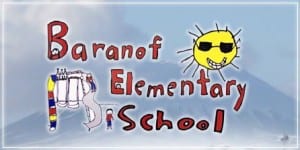 Baranof Elementary is named for Alexander Baranov, the chief manager of the Russian-American Company from 1799 to 1818. Doug Osborne said that Baranov “deserves a place in history, but not a place of honor on a public school.”

The Sitka School Board heard an appeal from a member of the public Tuesday night (11-3-15) to change the name of Baranof Elementary School to a traditional Tlingit language name.

The board listened to the idea during persons-to-be-heard, and didn’t open the matter to discussion. But the speaker pointed out that there is precedent for the change, along with solid historical justification.

Doug Osborne runs health promotions at Sitka Community Hospital, but he was speaking as a concerned citizen when he suggested renaming Baranof Elementary.

“First, giving the school a Tlingit name would support ongoing efforts at language revitalization, and keeping the Tlingit language alive and well. At the same time recognizing and honoring the people who have lived here for thousands of years. Another reason to make this positive change is the successful precedent that was set when the district saw Verstovia Elementary change its name to Keet Gooshi Heen. That change worked. ”

Keet Gooshi Heen was adopted as the name of Verstovia Elementary in 2000, after a three-year committee process involving the participation of tribal elders, and the Sitka Tribe of Alaska naming committee.

School district records don’t offer a detailed rationale for changing the name of Verstovia. But Osborne suggested that there were compelling reasons to move ahead with a change at Baranof.

“Most people would agree, as I do, that Baranov deserves a place in history, however that doesn’t mean he deserves a place of honor on our public schools. He was an uninvited guest. According to his biography he was lured here by to Russian America by the maritime fur trade. Baranov led a foreign power whose primary interest was to gain riches for their country and their company. Baranov led the armed assault on the Kiksadi in 1804 in what is now Totem Park. And according to that history, the naval escort bombarded the fort mercilessly, driving the inhabitants into the surrounding forest.”

Osborne uses the word “history,” but the 1804 battle and the ensuing survival march are powerful cultural memories. The association of these memories on a school building with Alexander Baranov’s name struck Osborne as inappropriate.

“So these kindergarteners and first-graders could be going to a school named for the commander who gave the order to fire on their great-great ancestors.”

“Whatever we come up with, I think it would be important to the peoples of this land to look at the traditional geography.”

Douglas says her first inclination after hearing Osborne’s idea was to pick up her dictionary of Tlingit place names. The name Keet Gooshi Heen refers to the stream — Killer Whale, in English — which runs by the school. She expects that elders and the Tribal naming committee will follow that pattern for Baranof, if the school board decides to take action.

The Crescent Bay area has always been a culturally significant location, even before the harbor was built.

“I remember when I was a SNEP (Sitka Native Education Program) student, when I was in middle school and high school, we’d go down there with Charlie Joseph along the beach and dry seaweed.”

Again, since Osborne spoke during persons-to-be-heard, the school board was unable to address his request directly. But he seemed optimistic. “We have precedent, and we have a process,” he said.