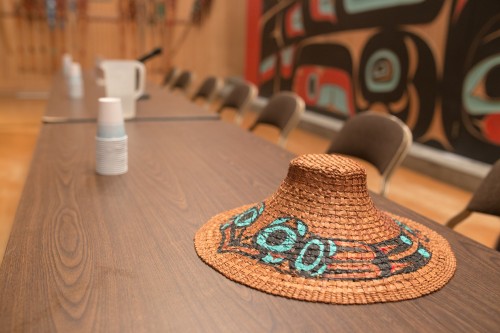 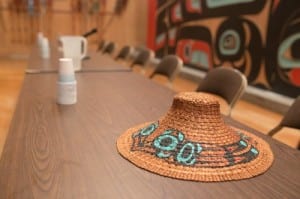 The Sitka Tribe of Alaska Tribal Council has three firm members for its four open seats, according to unofficial results from Tuesday’s election. The other member, who was to be decided by write-in votes, is still up in the air.

Ben Miyasato and Lawrence “Woody” Widmark were the top vote-getters in the Tribal Council election, with 64 votes each. Lillian Feldpausch (Feld-pouch) also won a seat, with 54 ballots cast.

But, there were four open seats on the council, leaving a write-in candidate the option to become a sitting member  Sitka’s federally-recognized tribal government.

Voters wrote in three different candidates at the polls – Austin Inman, Harvey Kitka and Nels Lawson. Each – by pure coincidence – received four votes, which was below the 10 needed to actually secure a spot as a write-in. To further complicating matters, tribal council Chairman Mike Baines says there’s more than one Nels Lawson in town.

“Some write-ins just said Nels Lawson,” Baines said. “One of them said Jr. and the other one said Sr.”

So, he says, the council is going to have to figure that out before going any further.

“First I’m going to contact the three to find out if they are even interested,” Baines said. “Maybe they’re not even interested I don’t know but nobody has found that out for sure.”

Inman says he was thrown off guard when he heard he was a write-in candidate. He says he hasn’t given any thought to being a member of the board.

Kitka, who resigned from the council this summer due to medical reasons, says that he did not expect any write-in votes either.

The retiree says he would sit on the board if the other candidates were not interested.

KCAW could not reach either Nels Lawson for comment.

Voter turnout for the election was low – about half of the number from last year. Only 85 tribal citizens voted in this election out of 1900 who are eligible to vote.

Miyasato attributes the turnout to the slim field of candidates.

“There was not a whole lot of issues out there this year,” he said.

But, he says, the tribe could have organized more events, such as forums that have been done in the past, to encourage more participation by tribal citizens.

“It’s always good to have a tribal forum because it gives the tribal citizens the opportunity to ask questions,” he said. “We do need more participation we do need to have people show up at elections.”

Miyasato says that even with the small turnout he feels like the voters showed support with what the council is doing.

“I always look at it as validation but at the same time continuation. Being tied with Woody for top vote-getter I think that was a good vote of confidence in regards to how we’re doing on council,” he said.

Baines echoed Miyasato. He says he’s hoping people are satisfied with the way things are going with Sitka Tribe of Alaska.

The tribal council will certify election results at its meeting Nov. 18 and swear in new members on Dec. 2.