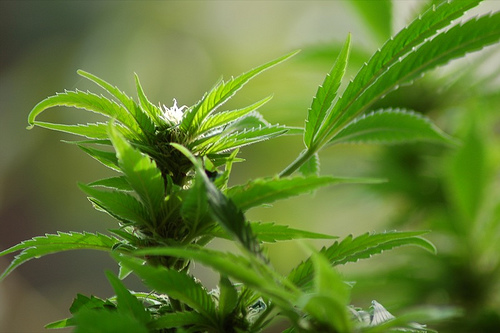 On Tuesday night (11-10-15), the Sitka Assembly got a status update from the Marijuana Advisory Committee, which has been meeting twice a week since October. The Assembly voted, on first reading, to make the committee Sitka’s Local Regulatory Authority (LRA). The state is currently in the process of cooking up its regulations for commercial marijuana and Sitka wants to be ready for this moment.

Levi Albertson is the Chair of the Committee and spoke before the Assembly. “I’d just like to take a moment to explain what a big sandwich this legislation is going to be to take a bite of. To be honest, we’re in uncharted waters and we’re learning as we go.”

Included in the big sandwich is 130 pages of draft regulations, (to be finalized by the state on November 24, 2016), meeting minutes of other boroughs to sort through, and the ultimate goal of creating a permanent Local Regulatory Authority (LRA). At the meeting, the Assembly considered an ordinance to make Albertson’s committee the temporary LRA for Sitka.

Albertson said, “If the state happens to not come through with the regulations on the 24th, all the responsibility is going to fall on the local municipality. And it’s important to have something in place.”

The Assembly approved of the ordinance unanimously. The second and final reading will take place at the next meeting on November 24, 2015.

The Assembly also shuffled around its committees, voting to dissolve the strategic planning commission and the tourism commission on second and final reading. Hugh Bevan was appointed to the Citizens’ Task Force to fill member Jack Ozment’s seat. Ozment had to step down for personal reasons.

The Assembly also cast votes on a new member for the marijuana advisory committee. Though two members vouched for the candidacy of Aaron Bean, who wants to open a marijuana dispensary and has met personally with the Marijuana Control Board, city Attorney Robin Koutchak felt his involvement was a conflict of interest.

“I think there’s a lot of things he can be helpful. But when it comes time to zoning, the amount of permits issued, there’s a number of issues where I think he’d have to recuse himself,” said Koutchak.

Kitty Sopow also addressed the Assembly, saying that of the seven women and six men who applied as general members of the public, only she was appointed to the board. She implored the Assembly to nominate another woman, “because this committee that I proudly serve on is suggesting policy to the Assembly and those policies will affect men and women, children and elders.”

In the end, Pamela Ash was nominated to the committee. Ash lived in Colorado when marijuana was legalized and there obtained a medical marijuana card. The state is slated to begin accepting licenses for business applications on February 24th.

Since the meeting, Kitty Sopow has resigned from the Marijuana Advisory Committee.