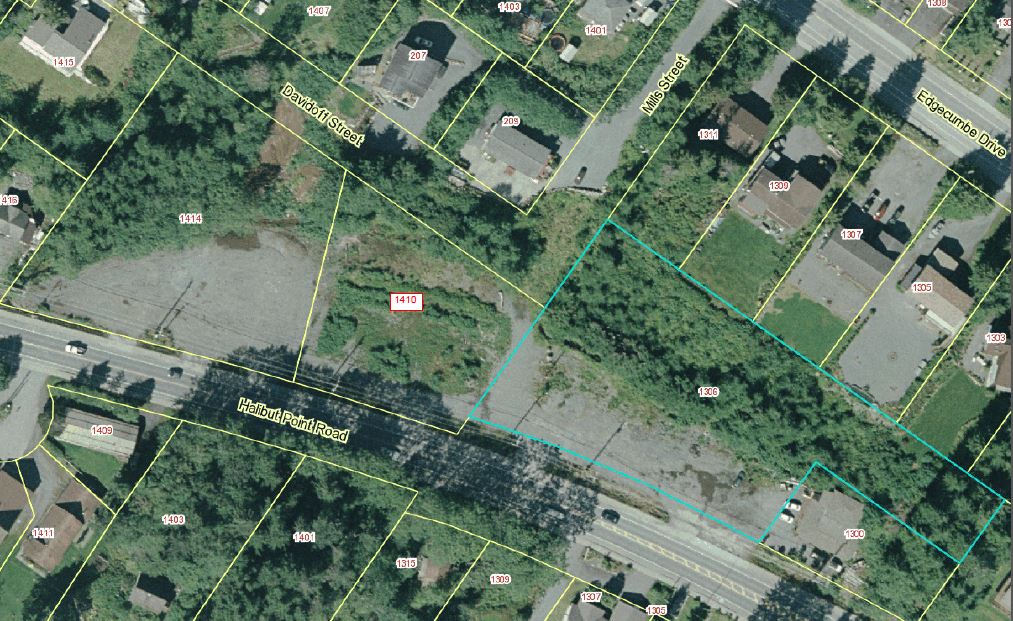 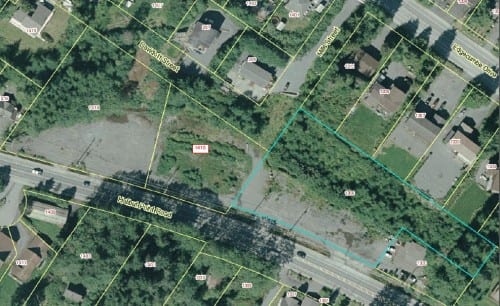 On first reading, the Assembly sold Lot #1306 to Sitka’s Community Land Trust for a proposed cottage neighborhood. The sale is a trial run, before lots #1410 and #1414 are sold. (Emily Kwong, KCAW)

At Tuesday’s meeting (11-10-15), the Assembly took its first political step towards selling city land to the Sitka Community Development Corporation for an affordable housing project. Though confident in the sale, voting unanimously on the first reading, questions about the imagined neighborhood – and how to pay for it – remain.

The land in question is a flat stretch along Halibut Point Road. In 2006, voters approved of a plan to turn that 3.3 acre parcel – called the Old City Shops property –  into a neighborhood of affordable homes.

For assembly member Ben Miyasato, the stakes could not be higher. “We are losing people in our community because they cannot afford to live here. This here is a step. We’re doing something.”

If it’s a step, it’s a measured step. The land is divided into three lots and the Sitka Community Development Corporation wants to unite them into a neighborhood of thirteen cottage style homes. But only one lot #1306, next to a local veterinary hospital, was on the table for sale.

City attorney Robin Koutchak said this was stop gap measure, in case the dream of affordable homes wasn’t fulfilled. “That limits the city’s liability,” she said. “We’re only out one lot, not that entire area. So before the other two are considered for sale, the Assembly can see how the SCDC is faring. If this is going through or if there’s things within them, or external to them, that are prohibiting them from building the way they wanted.”

The Assembly added another layer of protection in the form of an amendment that would require a final plating – or mapping – of the lot to take place, to ensure it doesn’t cross into city property.

On lot #1306, the SCDC wants to build six homes – two one bedroom, two two bedroom, and two three bedroom. They would range in size from 700 to 1200 square feet, so no bigger than half of a singles tennis court.

Before voting, assembly member Steven Eisenbeisz fired off several questions. His biggest concern was about where the money to build the neighborhood would come from. “It would be somewhat worrisome to give land to somebody that had an idea but no backing behind it. So can you explain any financial ability to complete this project.”

Randy Hughey, the board president for SCDC, said all the funding came from grants from the Rasmusen Foundation. His hope is that if the project wins a Tier 2 grant, Rasmusen will bear the costs below the ground (utilities, drainage, etc.) and that homeowners will bear the cost of construction above ground.

Hughey admitted the coffers were low. He said, “Does this organization have in the banks have the money to develop this property in and of itself right now? No. But we believe we have the support of those who do, who are eager to see a community land trust for housing succeed in this state because the problems we face in Sitka are very widespread.” Hughey added that Rasmusen had invited Sitka to speak at a housing summit hosted by Governor Bill Walker this January.

Eisenbeisz also wondered what protections were in the place for the city, should the SCDC did not deliver on it’s construction promises. If the sale passes, the land is locked up in the Community Land Trust through a 99 year covenant. Assembly member Matthew Hunter said that while the lease seems daunting, he considered it a balanced risk.

“Now the 99 years seems like a long time, but one may remember that Hong Kong had a 99 year agreement with the Chinese.” Hunter paused and chuckled at the comparison. He then said, “What I’m trying to say is that I feel comfortable this will be a long-term housing entity.”

Depending on how this all pans out, the city will potentially sell the remaining parcels – #1410 and #1414 – to the SCDC to realize their vision of a thirteen house neighborhood with two rental units.

The sale will return before the Assembly for a second and final reading at a future meeting. As the Executive Director of the Sitka Community Development Corporation, Mayor Mim McConnell recused herself from the vote.