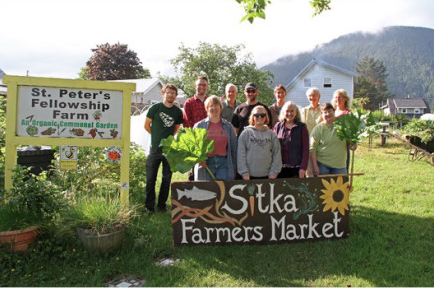 The Sitka Local Foods Network is the surprise recipient of a $20,000 award from Tom’s of Maine. And it all began with a tweet.

You may be washing your hands with Tom’s of Maine soap at this very minute. The natura product company is based in Kennebunk and every year, asks the public to nominate their favorite non-profits to a corporate giving contest through social media. The contest is called 50 States for Good.

The Sitka Local Foods Network was a contestant once, but that year, the winners were decided by online voting.

With a single tweet, SLFN’s Charles Bingham set off a chain of events that earned the organization $20,000 from Tom’s of Maine. (Photo courtesy of Bingham)

Charles Bingham, the nonprofit’s communications director, remembered entering the contest. “We did okay. We came in about 20th, but no funding. Only like the top 15 or so ended up getting any money. In small communities, you just didn’t have the firepower to compete against a charity in New York or some place like that. This year, I noticed [Tom’s of Maine] changed the rules so that each state winner would get $20,000. I thought,’This can’t hurt.’ 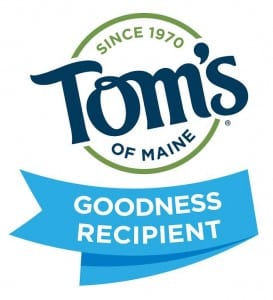 The Sitka Local Foods Networks is the state winner for Tom’s of Maine “50 States of Good Contest,” earning $20,000.

So, Bingham set up his own account and fired off a half dozen tweets. That was enough to clinch a victory as Alaska’s winner and earn $20,000.

Sadleir-Hart gives full credit to Bingham, who also built the Sitka Local Foods Network website and Facebook page. “That’s because of Charles and the way he sees that big picture in terms of social media and how we really get our organization’s face out there,” said Sadleir-Hart. “We get a lot of hits every month on our website. I think there’s a thirst and hunger for a lot of the kinds of information and the programming that we are offering.”

And programming – specifically to address food security in Sitka – is exactly how Sadleir-Hart plans to use this financial award. “[The first priority] is to really move our garden mentoring and education program forward. And then also the general education that we do,said Sadleir-Hart. “We tend to do workshops during the winter to help people learn more about this particular climate and location and the soil…basically how to improve your chances for having some really great success in the garden.”

The money will also go towards St. Peter’s Fellowship Farm and Pat Arvin’s Extension garden. The money cannot go towards staff salaries, but that isn’t a problem for the non-profit, which is run entirely by volunteers.

Even so, Sadleir-Hart is hoping that programming money can be re-allocated now to achieve the network’s long term goal of hiring a part-time executive director. She said, “We’re

really moving towards the realization that if the Sitka Local Foods Network is going to be around for a long time to really work on making these deeper level improvements to the food system in our community, we’ve got to have some part-time staff.

The money hasn’t appeared in the network bank account yet. But Bingham is excited for when it does.