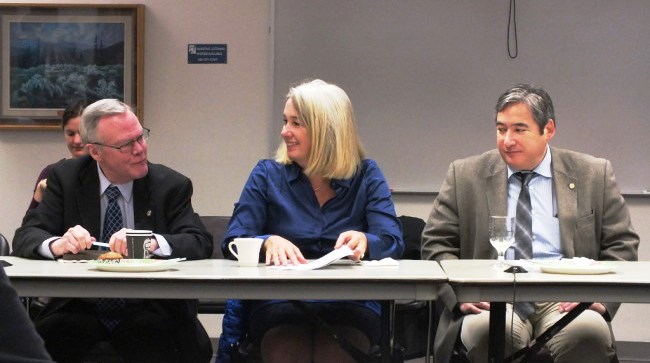 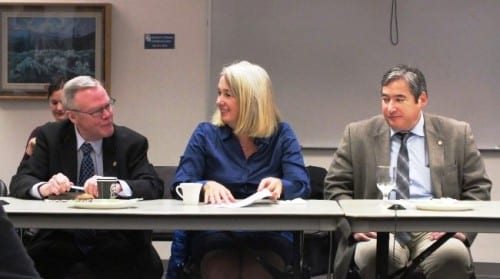 Southeast Alaska lawmakers are giving Gov. Bill Walker’s spending plan mixed reviews. Some are ready to change the way government is funded, while others are not.

Ketchikan independent Rep. Dan Ortiz has been walking the streets of his district, dropping off door-hangers.

“What I’m doing is looking for input from my constituents on the governor’s plan and on what they think we might do about this fiscal situation that we’re facing and that hopefully going to tackle here in this upcoming legislative session,” he says.

What he’s heard so far is a mixed bag. People are skeptical. Many worry about changing the dividend. And they’re pretty much split on the income tax.

Those are just some parts of Walker’s proposal. And while the region’s six lawmakers object to elements, all think it’s begun an important discussion about the future of the state.

Walker’s biggest proposal is to make Permanent Fund earnings pay for the day-to-day operation of state government. Some other pots of money, including oil and gas revenues, would also play new roles. 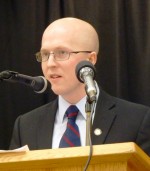 “It we put that money to work, if we make it earn interest for us, it makes a lot more money for Alaska, which means a lot less money that Alaskans might have to pay in taxes or fees,” he says.

Juneau Rep. Kito isn’t so sure.

“I do have questions about whether or not the fund proposed by the governor will generate the amount of revenue that he’s anticipating will be generated,” he says.

And Sitka Sen. Stedman says it may be too much, too soon.

“That concept at some point in the future is going to come home to roost for the state. I’m just not convinced – and I might be – that the time to implement it needs to be relatively immediately,” he says.

Then there’s the governor’s plan to fund dividends with resource revenues, instead of permanent fund earnings. It would guarantee the next PFD would be $1,000, but the amount could drop in future years.

Stedman, who also represents Ketchikan, Petersburg and Southeast villages, says it will drop, since oil production is expected to remain low or decline further. Most other regional legislators also voice concerns about low production and prices.

Juneau’s Kito, who also represents Haines and Skagway, says the PFD plan may be based on faulty expectations.

“I do worry that if we have the dividend tied to those components only in the hopes of getting a natural gas pipeline several years down the road, we could see too much of a reduction in the dividend,” he says. 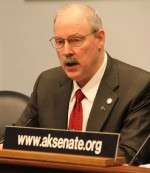 “It might be possible that we temporarily cap the dividend for two to three years or three to five years,” she says.

The region’s six lawmakers are split on Walker’s call for a state income tax of about 1.5 percent.

“Right now, all that money leaves with them. And I like that the income tax captures some of that huge stream of money,” he says.

“He set income levels that won’t affect a lot of people in Bush Alaska or rural Alaska. And I think we have to come up to the plate. We’re doing nothing right now,” he says.

Sitka’s Stedman says such a tax would hurt the economy. Juneau’s Muñoz has the same take.

“I think an income tax should be the last solution. I think it’s early to implement a broad-based tax, especially as we go into uncertain economic times,” he says. 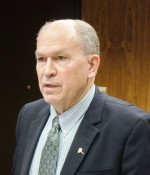 The governor’s plan includes other taxes, on alcohol, tobacco, tourism, fisheries and mining. Some of the region’s lawmakers want more information, though several like the tobacco tax.

While Walker’s budget focuses on new revenue sources, it also calls for $100 million in state-spending cuts.

Ketchikan Rep. Ortiz, who also represents Wrangell, says he knows spending has to be lower.

“I’ll be supportive of the governor’s budget in that area. But further cuts or further reductions from what he’s talking about, I’ll be working awful hard not to see that happen,” he says.

He and most other Southeast lawmakers are concerned about marine highway system reductions. Several also worry about cutting early childhood education and university spending, plus keeping school funding flat.

Juneau’s Egan says he’s concerned the Legislature won’t do much of anything.

“All 40 House members and [20] members in the Senate will have to run for re-election this year. And I’m worried we’re going to try to kick the can down the road. We can’t do that,” he says.

Four of the six are in the minority and only one of the two in the majority, Juneau’s Muñoz, serves on either chamber’s Finance Committee, where most spending decisions are made.