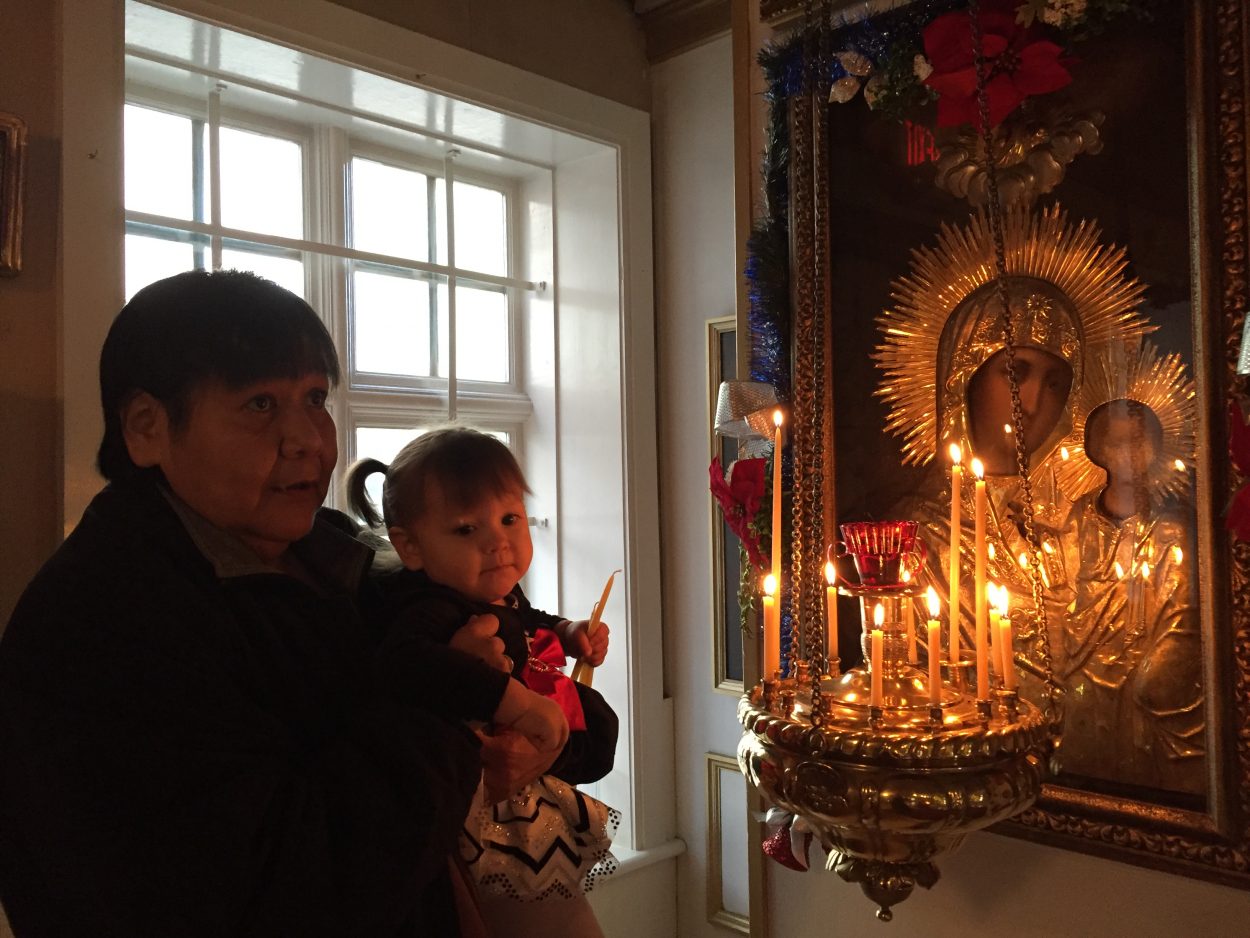 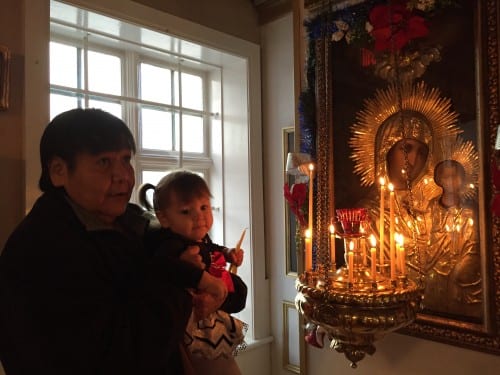 Marina Young holds her granddaughter, Sofia, as they light a candle for Our Lady of Sitka. Orthodox Christmas has begun. (Emily Kwong/KCAW photo)

In keeping with the Julian calendar, Orthodox Christians around the world will celebrate twelve days of festivities with prayer, presents, and of course, song. Standing in the middle of the cathedral, which was reconstructed after a major fire in the 1960s, Father Michael Boyle led the service.

Jessica Lee: So today is Christmas and the Orthodox way of celebrating Christmas is really beautiful because it’s a really intense period of waiting. We don’t listen to Christmas music all month. We don’t start making treats. We don’t do all those things. So the kids have really been waiting. And we’ve been doing a countdown – Mary’s star path, where Mary goes along and you put a star up in the sky each day and she makes her way to the manger. 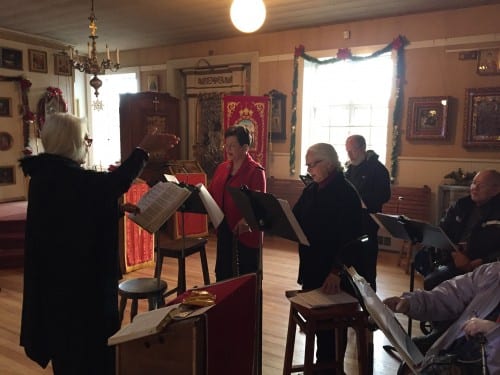 Lee: I told my son I said, ‘Uh, maybe we should next year we should just have Christmas the same time as other people because my husband works for the schools and he’s off for those two weeks. And I said, ‘I really miss him being off for all those two weeks.’ And he said, ‘No, no, now! We’ve got to wait. We’ve got to do it this way.’ They actually really liked it. So now that it’s Christmas, we just woke up and we just did stockings and a little bit of presents. But it’s only just begun because we’re going to celebrate the twelve days of Christmas. 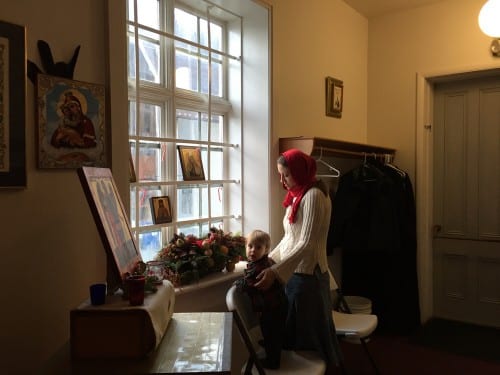 Christmas was full of waiting for Jessica Lee, her husband, Mark, and four sons. “We counted down using Mary’s star path, “where you put a star up in the sky each day she makes her way to the manger.” (Emily Kwong/KCAW photo)

David Kitka:  Merry Christmas. Most of the people I grew up with, all my friends in the neighborhood down in the village, we all came to church here. We were all altar boys. Long hours of standing for a kid…that was pretty harsh. It seemed a lot longer when you were younger. Over in Eastern Europe back in the day, it used to be at least an 18 hour service where they were just in constant prayer.

Homily by Father Boyle: When they saw the star, [the Three Wise Men] rejoiced with exceeding great joy. And when they were come into the house, they saw the young child with Mary his mother and fell down and worshipped him. And when they had opened their treasures, they presented unto him gifts gold, frankincense, and myrrh.

Marie Young: We’re real proud people. We just sing as high and loud as we can. We just love the Orthodox church. Well when we were young, we had all kinds of elders. They used to sing in their own languages. Tlingit, Aleut, Athabascans…back then it was mostly Tlingit. Back then, we’d go caroling and we’d go caroling until about 2:30 in the morning.

Young: Yes her name is Sofia. That’s her church name. She’s going to be two in March. 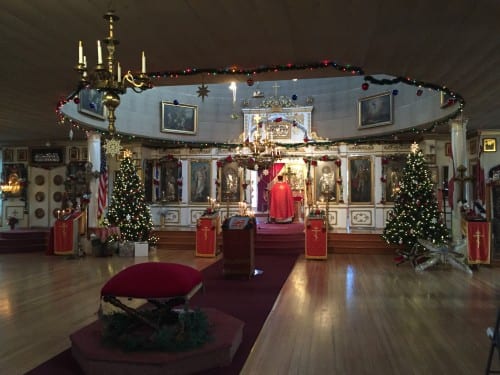