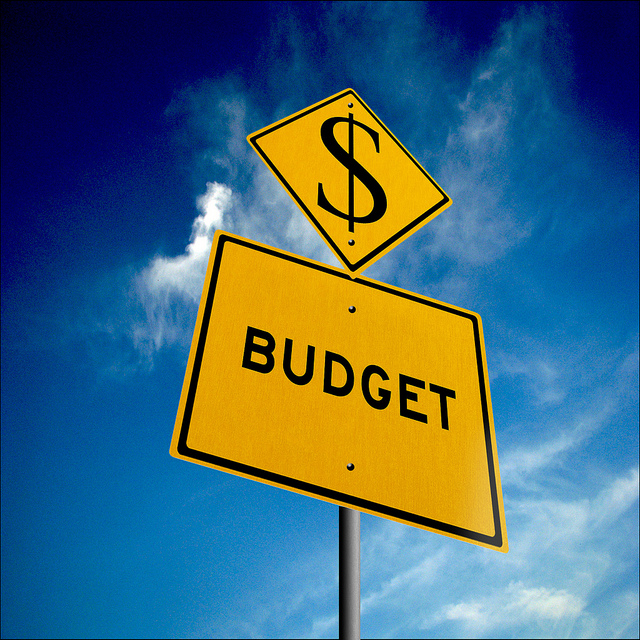 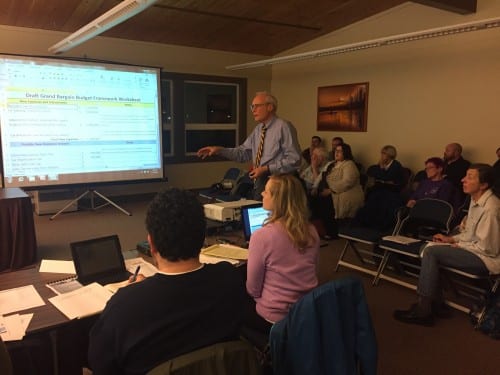 City Administrator Mark Gorman and the Citizens’ Task Force discuss a budget proposal that would tax citizens in exchange for policies that reduce the cost of living. (Emily Kwong/KCAW photo)

Last night (01-26-16), the Sitka Assembly met with the Citizens’ Task Force for a work session to discuss the city’s financial future.

The Task Force was the brainchild of last year’s Assembly, created soon after the passage of the 2016 budget to untie Sitka’s gordian knot of financial woes and carve a sustainable path forward. That includes making recommendations for the imminent and future budget cycles. For that, the Task Force has a three-part solution in mind. They call it “The Grand Bargain.”

Before we dive into the Grand Bargain, we need to travel back in time. To last Monday’s (01-18-16) Citizens’ Task Force meeting. It’s Martin Luther King Jr. Day. There was no school for the rest of Sitka, but the task force was forging ahead with its crash course in city finances.

City Administrator Mark Gorman applauded the seven-member group for sticking with it, despite the steep learning curve. “You are now the citizen experts on the (City & Borough of Sitka) budget. No Assembly has ever had this level of information about our budget. You are our content experts,” he said. 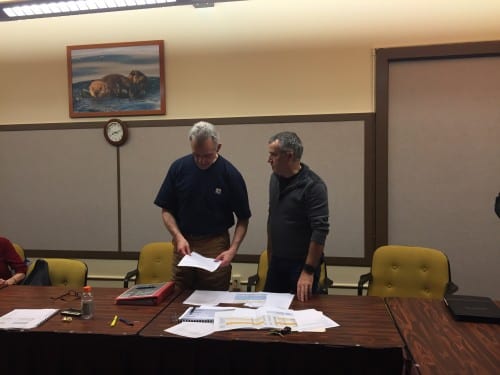 And it’s true. Since convening in September, they’ve each been given over 2000 pages worth of information and clocked twenty hours of meeting time, listening to presentations from city staff on everything from the harbors to HR. But more information doesn’t necessarily lead to greater understanding, and can in fact, only deepen confusion. Gorman said he sensed the Task Force was overwhelmed by the many spreadsheets. “It’s really tough to get your arms around this. I have problems and I’ve been working on it for two and a half years.”

Gorman then pulled up a picture of Ronald Reagan’s 1988 State of the Union address, specifically that moment where he lugs the congressional budget onto the podium – it’s a huge document several reams thick – with a look of amusement and exasperation on his face. “That was a total of 43 pounds of paper and ink,” Reagan said.

It’s a moment that embodies the real challenge at hand: how can the Task Force take Sitka’s mammoth budget process and simplify the process, to the point where everyone – from Assembly members to citizens like you and me – partake in a conversation about three key questions: how much to cut, how to generate enough revenue to keep the city running, and how to make living less costly, especially those Sitkans with fixed or low incomes.

For that, the Task Force came up with a three-part framework called “The Grand Bargain.”

Chair Rob Allen coined the term and presented it to the Assembly last night. “We definitely want to get some input from the Assembly on this,” he said.  Right now, the Grand Bargain is just in draft form. It’s an Excel sheet, allowing anyone to play with key variables of the budget and see what it does to the bottom line.

Click here to see a draft of the Grand Bargain Budget Spreadsheet.

Allen described it as a tool that will “play a big role” in the work of the task force moving forward. “We’re aiming for sustainability and trying to be mindful of what it will mean to the community as a whole and living here,” he told the Assembly.

Let’s walk each of the three parts of the Grand Bargain, one by one.

The first, is the revenue question. With state support likely to diminish, the Task Force has been prodding Sitka’s tax structure for more money. Repealing the senior citizen sales tax would bring in half a million. Taxing vehicle registration? Another half million. Raising the cap on property tax to 8 mills, or $8 per $1000 of property value, would generate two million.

Prior to this meeting, Gorman told KCAW that no matter how you spin it, the city needs money. “I see we need about $4 million in new revenue coming into city coffers and it’s a closed pool. We’re not going to get that $4 million from outsiders. It’s going to have to largely come from within Sitka, largely,” he said.

Attempts by previous assemblies to introduce these taxes have failed. Raising property taxes was voted down by citizens in 2011. The Assembly considered, but ultimately voted down, repealing the senior sales tax exemption in 2012 and 2015.

The Citizens’ Task Force has been shouldering investigating budget questions for the Assembly, and plans to make it’s final recommendations by the end of March. (Photo credit: http://401kcalculator.org)

So, to make tax hikes more politically achievable, part two of the Grand Bargain tries to address affordability. These policies would strive to offset the tax burden by making Sitka a less expensive place to live. Ideas include eliminating the sales tax on groceries and subsidizing the electric fund, so electric rates won’t jump quite so high next winter.

Mayor Mim McConnell complimented this particular aspect of the bargain. She said, “I know over the past year or so, there’s been this increase of people saying, ‘No, no, no. I can’t take any more increases. The cost of living is too high.”

The third and final component of the Grand Bargain would make further cuts to city spending. Members of the Citizens’ Task Force recommended cuts to city services as low as 0% across departments and as high as 13%.

Other members of the Citizens’ Task Force addressed the Assembly. Lawrence SpottedBird felt there were revenue opportunities yet untapped, such as allowing more companies to access Sitka’s bulk water, and that city operations could trimmed further. “Bottom line is if we’re going to expect the citizens to pay more, the city has to show that they’re going to be serious about managing operations and cutting cost,” SpottedBird said. “And, while not knowing intimately the operations, I still see a lot of fat in the operations.”

Fellow Task Force member Hugh Bevan commented that one of the biggest unknowns for Sitka’s future is the level of state funding for schools. “Sixty-five percent of the school budget comes from the state and if they start cutting that, Sitka’s options get kind of tight kind of fast.”

One thing everyone seemed to agree on though was that this slow, deep dive by the task force into the murky waters of the budget would ultimately benefit the city.

Allen was quick to reply. “I almost feel like you guys should be putting more time into this type of work on the budget. It’s been eye opening,” he said. “I know you already put in a lot of time and a lot of effort. I was on the Assembly for three years. But if I had this kind of information when I was on the Assembly, it would have made my job harder in some ways because there’s so many decisions that need to be made that ultimately, need to be made by you.”

The Task Force will hold a town hall meeting to gather public input in February and is expected to make their final recommendations to the Assembly in March.

The next meeting of the Citizens’  Task -Force is Monday, February 1st at 6 p.m. at the Sealing Cove Business Center. On the agenda are presentations on city funding to the school district and the hospital.