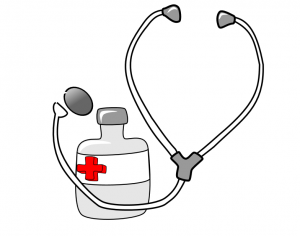 Under Medicaid expansion, thousands of more people are now eligible for health care from the state. KCAW’s winter news fellow Brielle Schaeffer navigated the process of signing up through the federal marketplace and has this story.

So far, some 8,000 people have signed up for expanded Medicaid in Alaska. And I’m one of them.

My previous health insurance through the Affordable Care Act was up at the end of the December. I needed to reenroll but I wasn’t exactly sure of my options. So, I went to see Andrea Thomas, health insurance enrollment navigator at SEARHC. And she gave me some good advice.

“You really should go in and reenroll every year that’s the best possible way to really get the picture of what your assistance is going to be,” she said.

So, I explained my situation: I recently moved back to Alaska from Wyoming for this fellowship at Raven Radio. I’m living on a stipend and for the first time in my 30 years and I’m worried my current situation would make health insurance cost prohibitive.

Thomas laid out a few choices for me: I could, A. continue paying for health insurance in Wyoming, which would cost $250 per month after the tax credit, B. get insurance through the exchange in Alaska, which was around $500 per month, or C. apply for Medicaid, as my current income is below the $20, 314 threshold for single adults.

Medicaid. Isn’t that for seniors? I felt weird about it.

But Thomas quelled my worries. Medicaid isn’t actually that different than the health insurance marketplace, she says.

“Both of those are subsidized insurance, right? They’re just subsidized in a little different way but they’re all really subsidized through the federal government,” Thomas said. “The whole intention is to make healthcare more affordable, depending on your income. So you’re in different places in your life. Some people are students, they’re going to school fulltime and there’s no way they can make $20,000 in a year.”

If I were in this same situation last year, I wouldn’t have been eligible for Medicaid in Alaska. In the past, single adults ages 19 to 64 didn’t qualify—no matter how little their income. The benefits were only for low-income pregnant women, children, the elderly, and people with disabilities. Gov. Bill Walker’s decision to expand it meant some 40,000 previously uncovered Alaskans are able to get insurance.

“I had a number of people who came in here in the last two years that weren’t qualified for any health insurance,” Thomas said. T”hey didn’t get assistance on the marketplace. It was unaffordable to them.”

So I’m going on the healthcare.gov website. I have to log in. Are you single or married? Single.

It all seemed so simple but i just wanted to call and check to make sure my application went through.

Welcome to the Health Insurance Marketplace.Based on the number you are calling from, are you calling about health insurance coverage for the state of Alaska. Is that correct?

After about a month, I received a check-like envelope in the mail. Inside was my Medicaid health insurance card, called Denalicare. It says I had coverage from Dec. 1, 2015 to Nov. 30th 2016.

I was actually surprised that applying for Medicaid was that easy. I thought government bureaucracy would mean more paperwork, more hoops.

Now I just needed to figure out a little more about what was covered. So, I called the division of public assistance in Anchorage.

“My name is Tammie walker, Walker just like the governor, no relation, and I’m the chief of field operations for the division of public assistance.”

Walker explained that on top of doctor check-ups, medicaid also covers up to $1,150 of dental and vision needs, which includes teeth cleanings and eye exams. Honestly, this was much more than I anticipated.

m3 “What’s really interesting is that people think that Medicaid just covers everything that everybody ever wanted and it doesn’t. It covers a lot. And for those people who have never had coverage or have been able to take care of their medical needs this is truly a gift for them. I know some people who are very frustrated because it doesn’t cover chiropractic or it doesn’t cover certain things but the way the program is set up is to provide those basic medical needs that really help that person gain self-sufficiency and quality of life.”

The best way to find out if you’re eligible for Medicaid and get enrolled for services is to apply online — like I did — through Healthcare.gov. Walker says that way your application won’t get caught up in red tape in the division of public assistance.

But, if someone needs urgent care and hasn’t received their Denalicare card yet, he or she can get help.

Walker says 129,000 people receive Medicaid in Alaska. And more people are signing up by the day – including me.

There is no deadline for medicaid enrollment, unlike private health insurance. Alaskans can apply at anytime. Open enrollment for the federal marketplace closes Jan. 31.