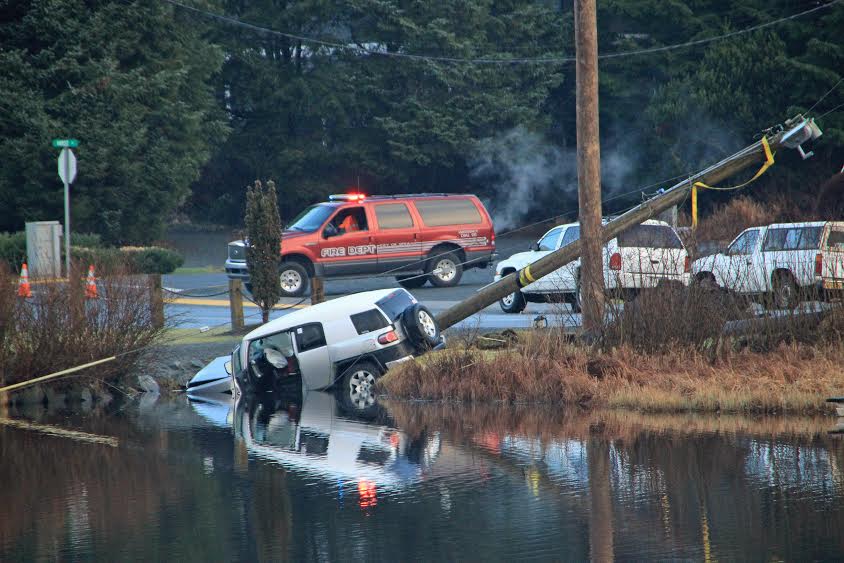 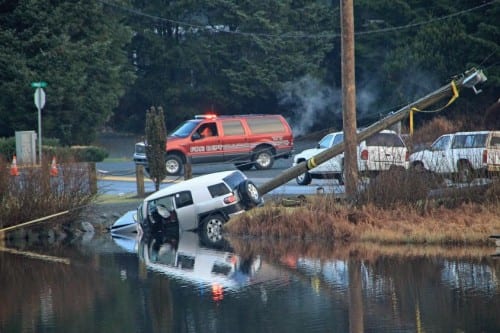 Swan Lake was home to more than just birds for a few hours Sunday morning. A short but high-speed car chase ended when an unlicensed driver toppled a telephone pole and skidded his SUV into the lake.

“The vehicle then attempted to flee by turning on Degroff Street and at an extremely high rate of speed, sped through two different intersections with no attempt to slow down or stop, to Lake Street,” he said. “When he got close to Lake Street he failed to negotiate a right or left turn onto Lake Street, he skidded clear through the intersection, completely severed the power pole and ended up landing in Swan Lake.”

Ewers says that Merculief was going about 40 miles over the speed limit in the SUV during the chase. Once he was apprehended, he was cited for not having a valid operating license and for reckless driving. Ewers says police believe alcohol did play a factor in Merculief’s decision-making, but says that the reason he fled was because he didn’t have a driver’s license.

“It’s a real tragedy that this guy would think that it was in any way shape or form appropriate to put those people that live on that road at risk to avoid getting a no driver’s license citation,” Ewers said. “You know, just bad choices. One thing led to another and the next thing you know you end up in a lake.”

There were no major injuries to the driver or his passenger, Ewers says, but both were taken to SEARHC for treatment.

He says Merculief also has a pending felony charge for failing to stop at the direction of a peace officer, which has been forwarded to the Sitka Grand Jury.