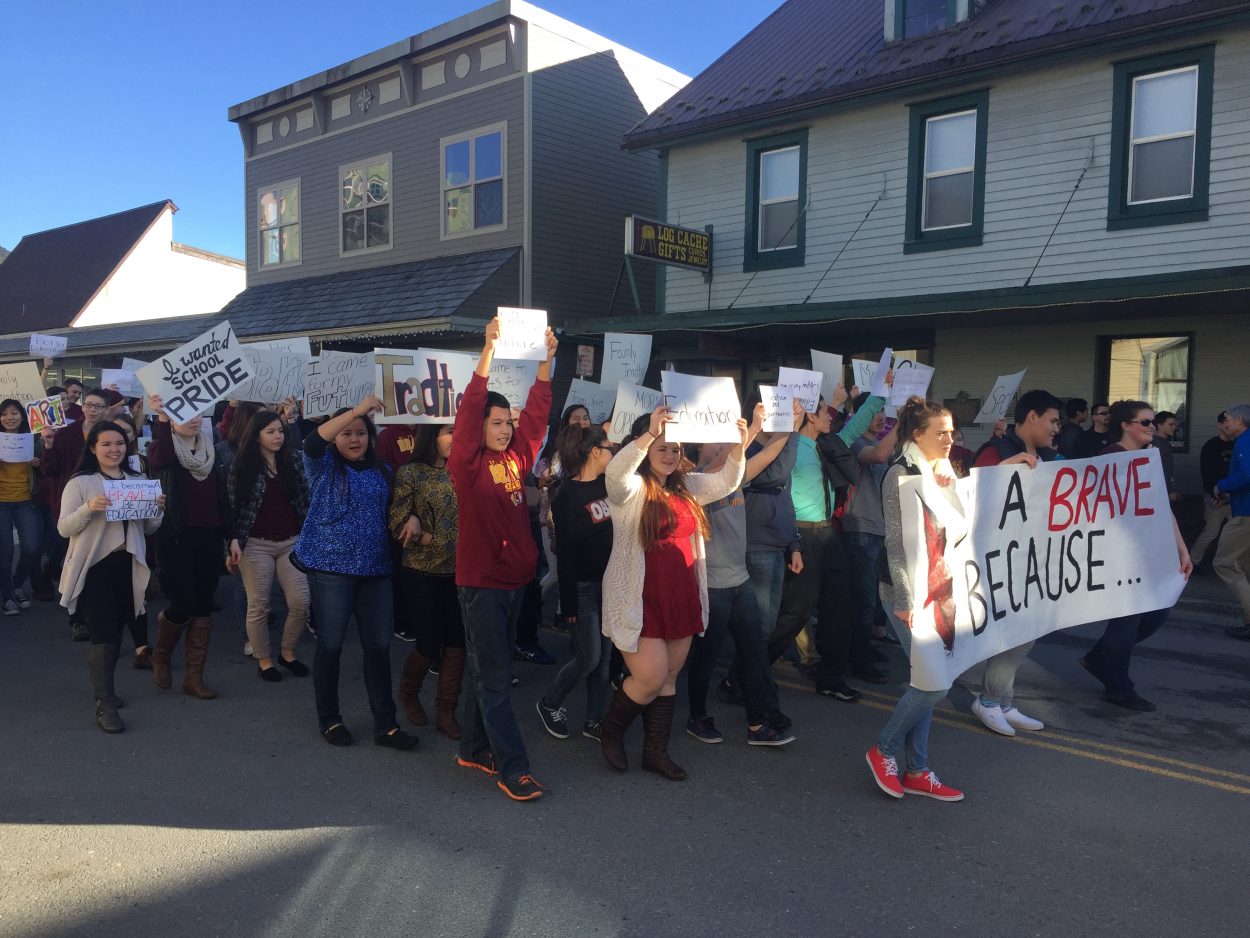 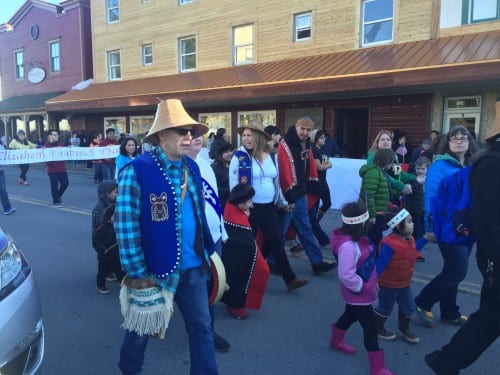 Sitka marked Elizabeth Peratrovich day Tuesday (2-16-16) with a parade and then performances at the Alaska Native Brotherhood Founders Hall. Students got out of school early and some workers had a day off in observance of the Native Alaskan civil rights leader. KCAW’s Brielle Schaeffer was at the festivities and sent this audio postcard.

Andrew Roberts: Kind of a landmark. It’s about 20 years before Martin Luther King advanced it for his race so I think it’s a very significant day to celebrate. 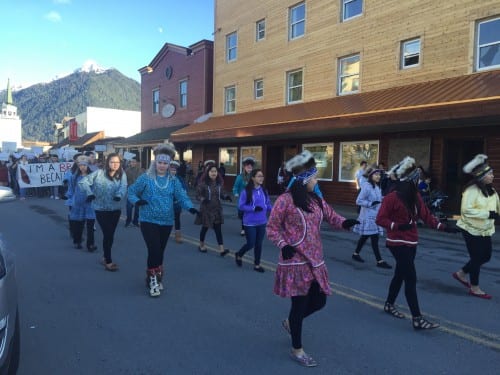 Wilma Bacon: I grew up in the village. I am the youngest of all my sisters and brothers to my mother, who was almost 50 when I was born in 1942. When I was growing up and going to school we were forbidden to speak our language so I had to learn the English language. [Speaking Tlingit] It’s a happy day today so I learned our language and I want other people to be able to understand it.

Dionne Brady Howard: It is possible for one person to make a difference. even though she was part of a larger movement it was really her words that inspired lawmakers who otherwise were opposed in voting in favor of this act to change their mind and vote in favor of it. It’s not just a native holiday but it’s something we can all truly celebrate because discrimination when it’s allowed  anywhere can be directed at anyone. Criminalizing discrimination was an important step for Alaska to take in order to make progress toward becoming the state we all want to become.