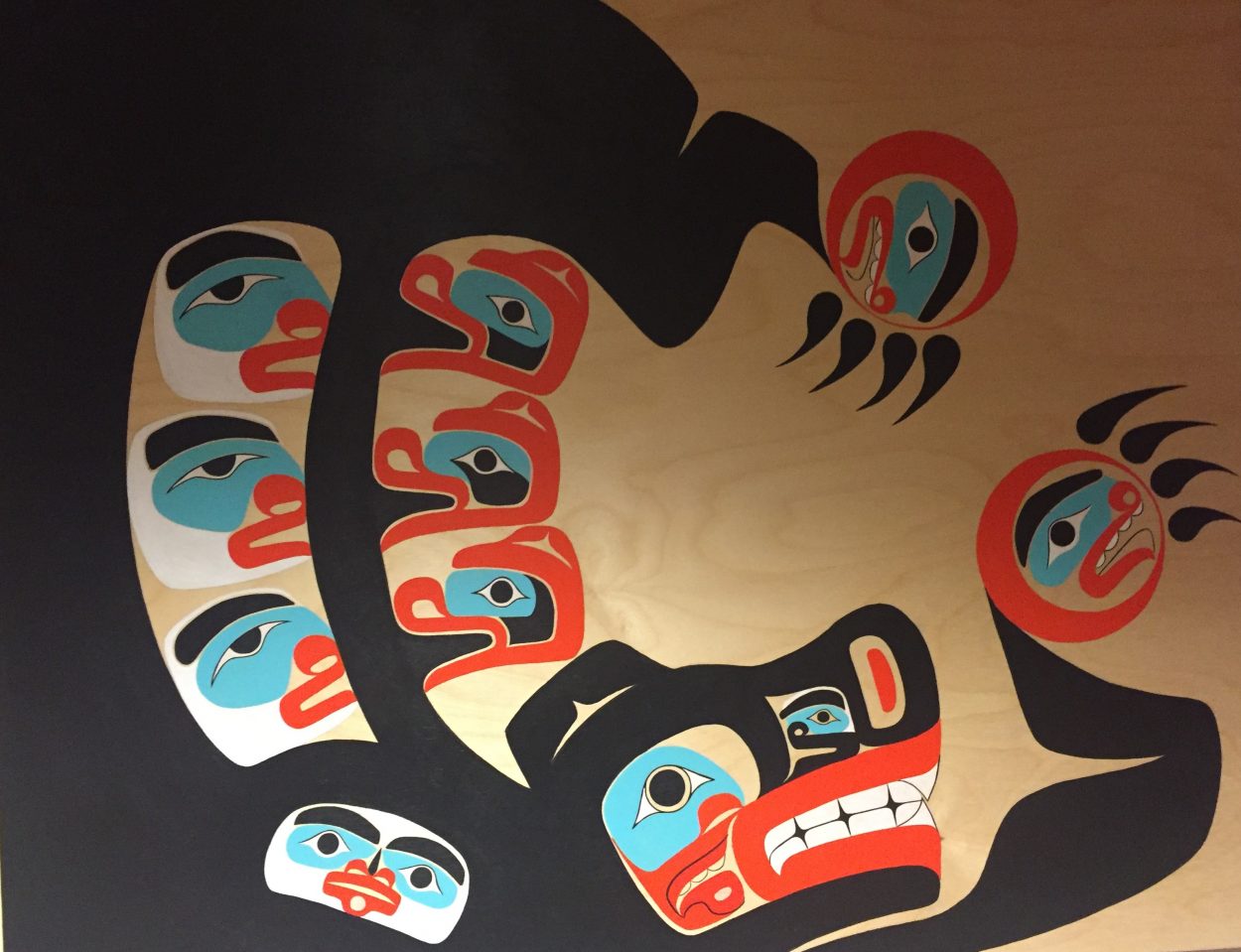 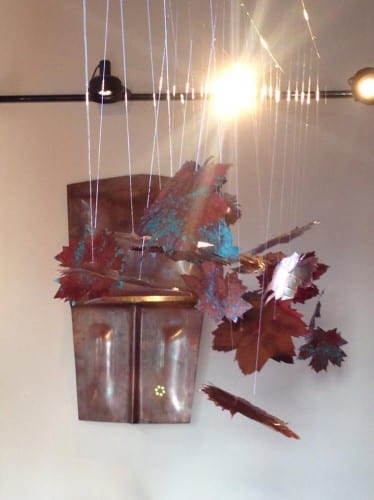 The Sitka Fine Arts Camp opened a permanent art installation at a reception Wednesday night (02-24-16). “Create, Memory” showcases pieces from local Alaska Native artists. The exhibit is a nod to the history of the original Sheldon Jackson Training School and later, college, which was influential in the lives of many Alaska Natives.

A trio of Robert Davis Hoffman’s graphic paintings of native stories—Salmon Boy, The Woman who married a Bear and Raven baby—line the stairwell. His artist statement says those stories are all ones of transformation, representing how the campus became what it is today. Above the stairs is a canopy of copper devils club leaves, crafted by artist and curator of the  collection Mary Goddard. 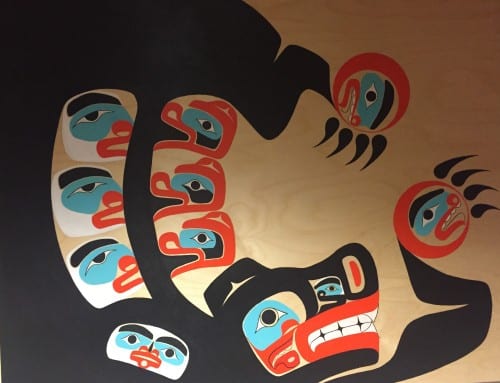 She says devils club is symbol of healing and protection in Tlingit culture. She wanted her piece to evoke feelings “similar to when you go for a walk in the forest and you’re walking under these giant leaves and you feel protected and you feel secure. I wanted that same feeling when you come into the environment.”

Her piece is the bridge between Jennifer Younger’s copper “Fragmented,” representing the Presbyterian presence in Tlingit culture and Dave Galanin’s 4-foot copper “Tináa,” which looks like a shield, a symbol of wealth and status.

“It really did break apart their culture and their native lifestyle. So It’s broken apart you can see the pieces—the broken raven the broken eagle but it what it represents is that it’s still here and those piece still can be put back together and carry on that history,” Younger said. 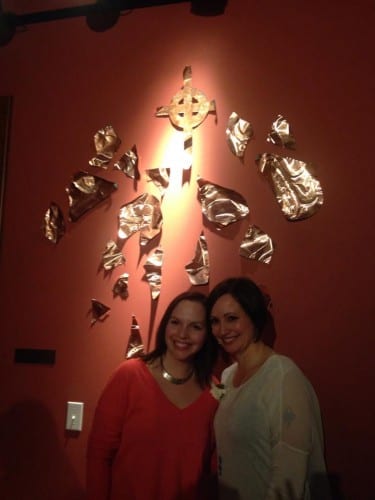 The tináa is ancient symbol, and was also used as currency, which fascinates Galanin. The famed metal worker says it implies the value of sharing knowledge, culture and art, like the Fine Arts Camp does.

“The thing about artwork in general is those are the last things that people find after a culture dies off and when you look at the Mayans for instance they have your art still,” he said. “The people aren’t there but the artwork is. It still stands.”

The CIRI foundation and matching monies from the Steward Family funded the exhibit. Galanin says Goddard recruited the artists first and they worked on their pieces independently.

“The amazing thing is they all tie in together,” he said. “The story evolved on its own.”

To Younger, the artwork’s story is one of perseverance.

“Any maybe hurt, even unintentional, we all can heal and bring it back together full circle,” she said.

“We hope people enjoy it for years to come and kids are inspired by it,” she said. “I think when you read the artist statement it tells the story of the impact art can have and the impact this place has had on people for a long time.”

While the work is pregnant with meaning, it’s also all visually stunning.

“You see it right as you walk in and it’s like, ‘bam,'” spectator Amanda Roberts said. “It’s beautiful.”

She’s talking about Galanin’s tináa. She says she enjoys how the work will remain on campus forever, a talisman of the history of the Tlingit people and the college.

“Create, Memory” is in the Del Shirley room on the second floor of Allen Hall, named for Delbert Wallace Shirley III, who taught at Sheldon Jackson College.