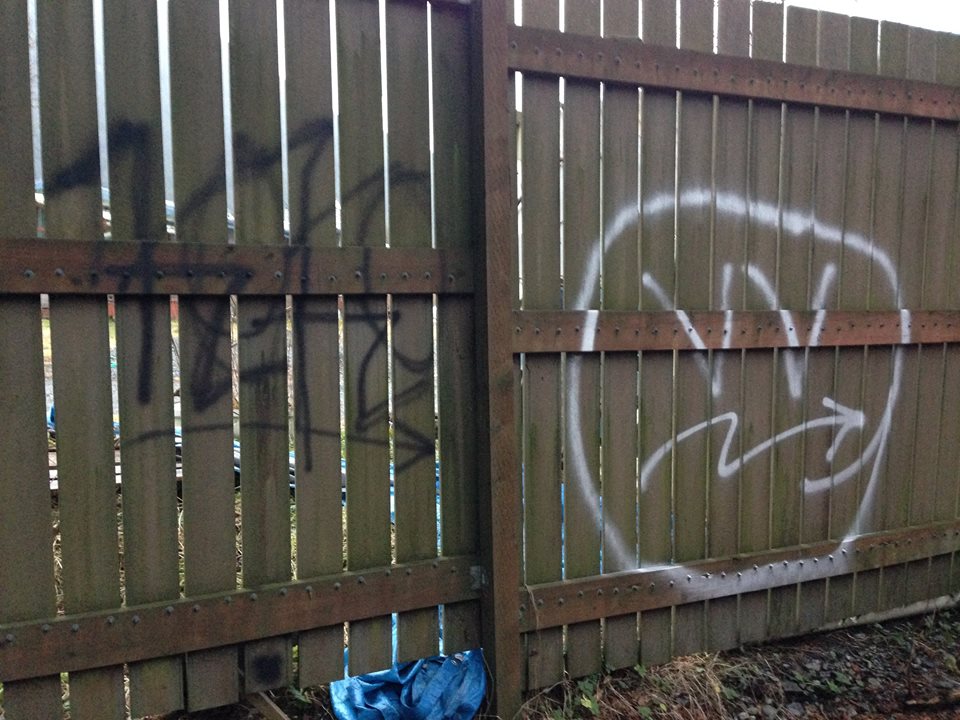 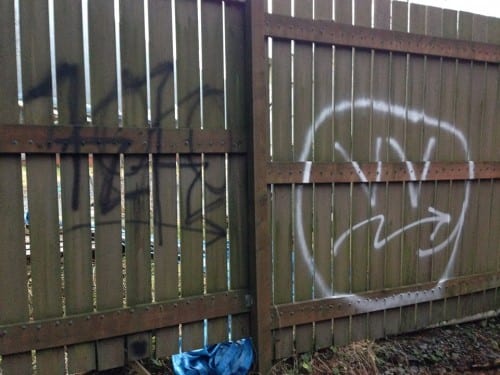 Although many of the park’s signs were easily cleaned, these wooden surfaces will have to wait for better weather for repainting. (SNHP photo)

Sitka police have identified two juveniles they believe are responsible for an extended graffiti spree in Sitka National Historical Park.

Graffiti tags first appeared in the park in mid-January, on many of the new wayside interpretive signs, as well as on directional signs.

Both kids are facing felony charges.

Sitka police lieutenant Lance Ewers says basic community policing led to the resolution of the case — a lot of conversations with neighbors, and others who care about the park.

“And the big break came from our local schools. Teachers just paying attention.”

Over the course of about two weeks, new graffiti “tags” were appearing in the park almost every night. The tags are a sort of signature, and in some urban gang culture, a way of marking territory.
Ewers says this was not the case with the Sitka kids. The police department believes they were just copycatting graffiti seen in cities.

“You know, gang signs in Sitka? Not acceptable.”

While some of the graffiti applied with felt-tip marker was easily removed by park maintenance staff, some wooden surfaces — a fence and a restroom — were spray-painted. Ewers believes the damage totals around $1,600.

The juveniles each will be charged with one count of felony Criminal Mischief in the 3rd Degree.

“Here are some kids who are doing some mischief — criminal mischief — but they totally owned it and were very sympathetic and understood what they did wrong. They made apologies to the people affected, and hopefully learned from it. Problem solved.”

In all, the kids applied about 25 graffiti tags in the park, and along the sea walk as far as the Sitka Sound Science Center. Most have been removed. Park officials say that restoring painted wooden surfaces will have to wait for warmer, dryer weather.