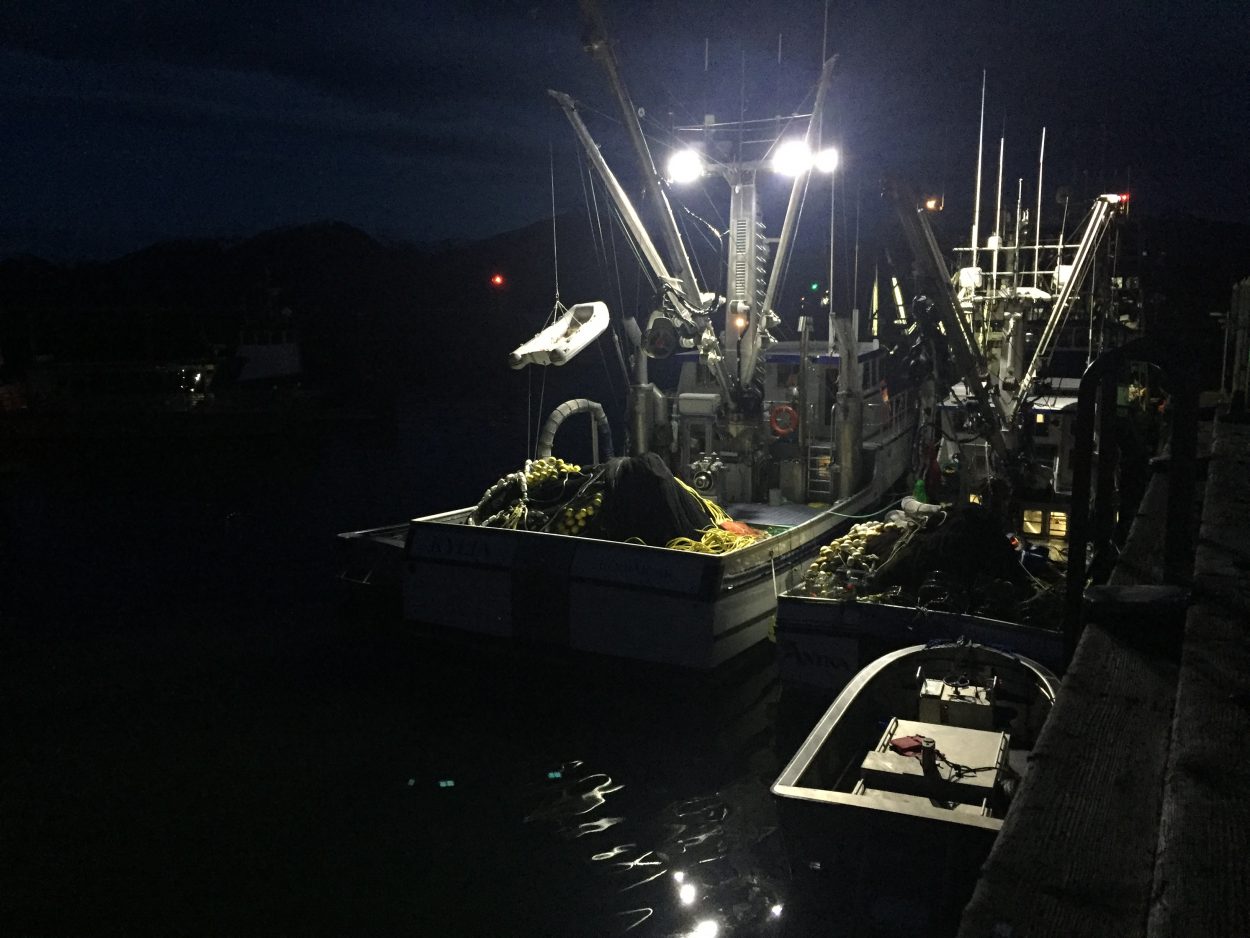 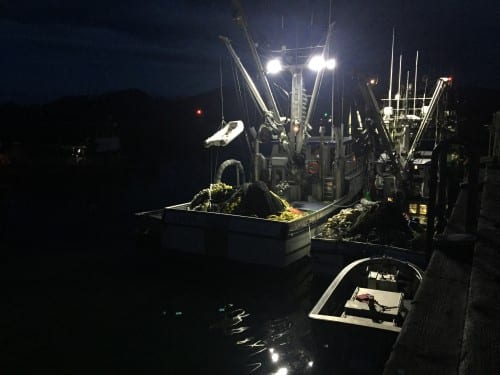 There are 6,170 tons left to catch in the 2016 herring quota. Unless major spawning develops, the ADF&G instructed the fleet to stand down until Tuesday (03-22-16) (Emily Kwong/KCAW photo)

Saturday’s catch brings the total harvest for the season to 8,600 tons, which is well over half the guideline harvest level.

Prior to Saturday’s opening, sample fishing in Krestof produced herring that were lighter and with less roe content than in years past. Dave Gordon, area management biologist with the Alaska Department of Fish & Game, says this is expected for this year’s season. The average weight in Krestof was 116 grams and the roe recovery rate was 12 percent.

An aerial survey Monday morning (03-21-16) showed 2.8 miles of spawn along the shoreline of Kruzof Island, between Inner Point and Port Krestof. The survey also located areas of spawn on north Middle Island, Little Gavanski Island, and in Nakwasina passage.

There are 6,170 tons left to catch in the 2016 herring quota. Unless major spawning develops, the Alaska Department of Fish & Game instructed the fleet to stand down until Tuesday (03-22-16) to allow processors to catch up.