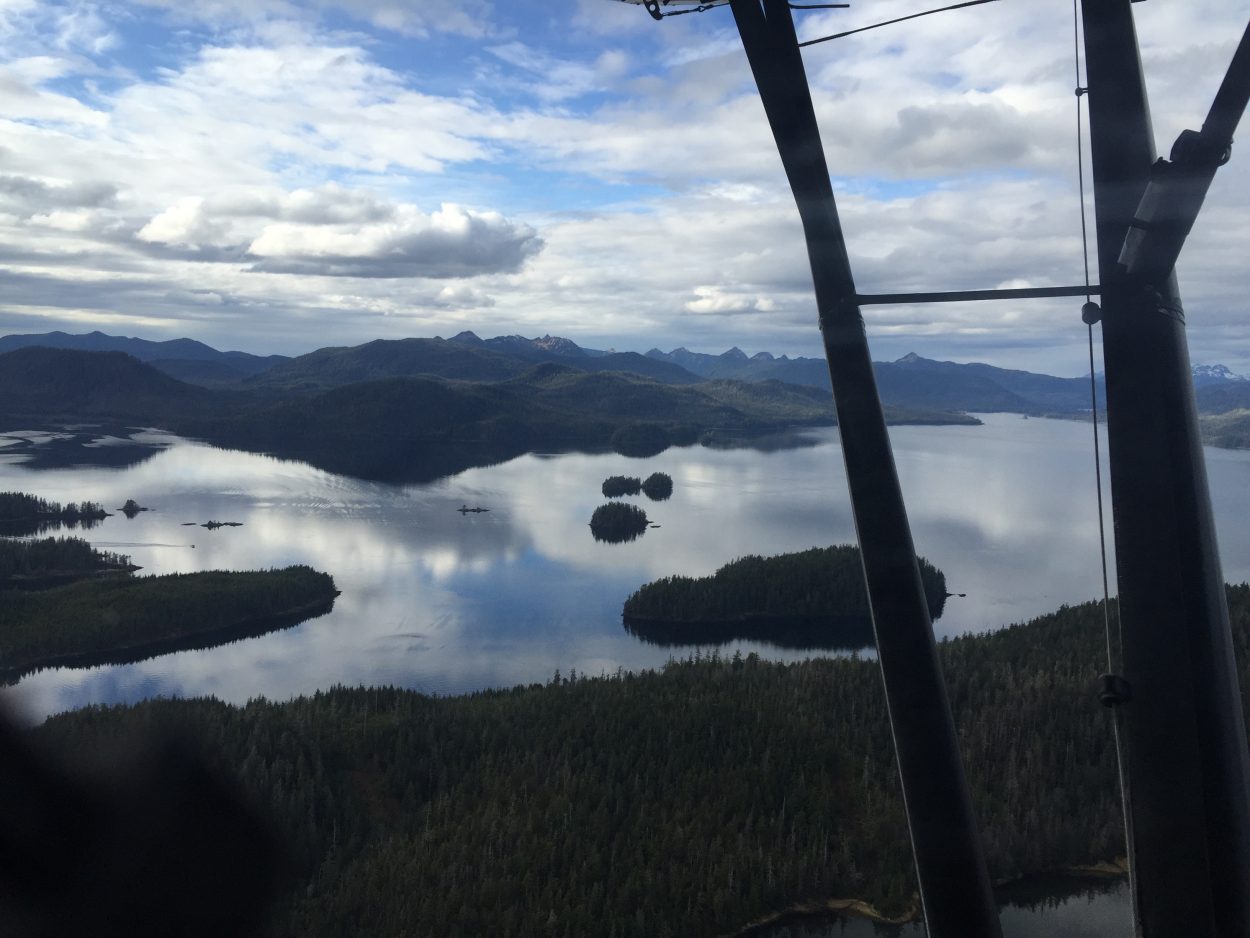 Surveys north and south of Sitka today (03-24-16) did not uncover any adequately sized concentrations of herring, so ADF&G closed the fishery for the day. (Emily Kwong/KCAW photo)

Despite a whole day searching, the Alaska Department of Fish & Game was unable to locate a large enough concentration of herring to open fishing today (03-24-16).

Dave Gordon is the the area management biologist with ADF&G. Bottom line, he said, “We did not find any aggregation of herring today.” KCAW heard his update in the newsroom at 4 p.m.

“I would need to see some kind of substantial or a kind of significant biomass of herring to want to continue to take fish at this point time,” he told seiners through Channel 10 over VHF radio. “In other words, finding 1000 tons in the corner is not going to warrant a fishery at this point.”

Both ADF&G and the fleet reported schools throughout the day, but they were small – 100 tons here and there in Sukoi Inlet, Eastern Channel, and various other locations.

During the 11AM update, Gordon said he would not open the fishery without “seeing if we have the biomass this year.” This comment bothered some of the seiners, who pressed back on ADF&G to keep looking. One brought up the large schools of herring spotted earlier in the week.

Seiner: I just didn’t like the tone of – yeah. Even in Hayward and in that Eastern Pass yesterday,  I thought there were few thousand tons of fish in there. Rob Point area. I think there’s a lot of fish. I don’t think just 26,000 fish showed up this year. I think we had more of that on that Kruzof shoreline just that single day, but we may have just missed them through spawn.

Gordon said he appreciated the comment. “It does seem early in the season to be making any grand conclusions, but I think in order to continue fishing we’re going to have to see some volume here, something that’s going to add to what we got right now,” he replied.

Though herring schools were sparse, ADF&G did see plenty of herring spawn. Aerial surveys this morning mapped 17.3 nautical miles of herring spawn, most of it in the north part of the sound. Spawn was seen in Hayward Strait, Promisla Bay, Eastern Bay, Gavanski Island, Crow Pass, north and South Middle Island, Kasiana Island, and Halibut Point. The cumulative  amount is 26 nautical miles, measuring 1000 tons of herring per mile.