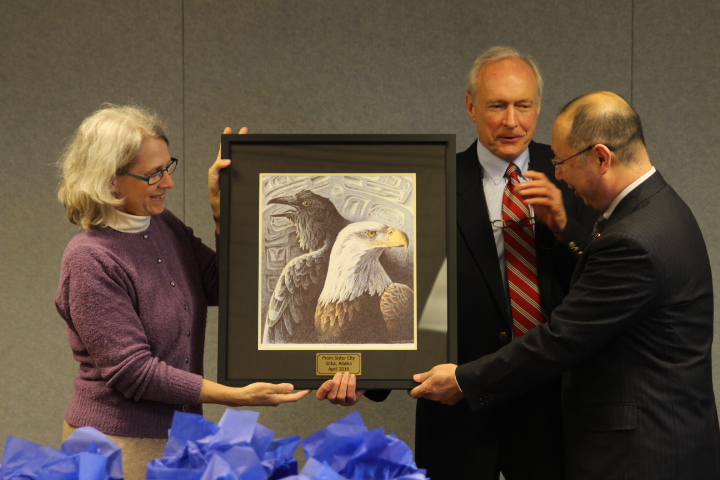 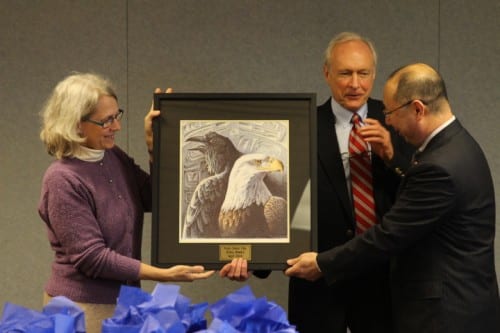 Sitka has a sister city in Nemuro, Japan. Like Sitka, Nemuro is an ocean-facing fishing port, but bigger – about 30,000 people to Sitka’s 10,000. And on Monday (04-04-16), Nemuro citizens visited Sitka’s city hall to commemorate their decades-long relationship. 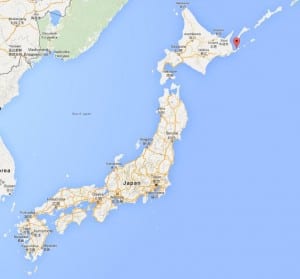 If you were to trace your finger on a map, starting in Sitka and moving downward across the Pacific Ocean, you could draw a direct line to our sister city, Nemuro. And the connection is embodied in one man: Atsuo Tsunoda.

Tsunoda is a neatly dressed man and the most cheerful translator I’ve ever met, gracefully bridging communication between city staff and the Japanese delegation. He said, “I’ve been coordinating the relationship between the City of Sitka and Nemuro since I moved to Sitka in 1978.”

Tsunoda: [Honda] dreams to repeat the visit again. And this is actually dreams come true. 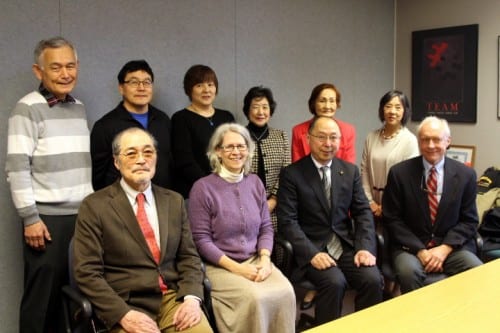 At a press conference Monday  morning (04-01-16), city administrator Mark Gorman and mayor Mim McConnell opened piles of gifts. Guidebooks and Taiko drumming sticks wrapped in pink crepe paper. One of the Nemuro citizens, Kunihiro Kobayashi, presented a calendar of paintings he made himself.

Gorman: He’s got an Henri Matisse look. Did you see that? 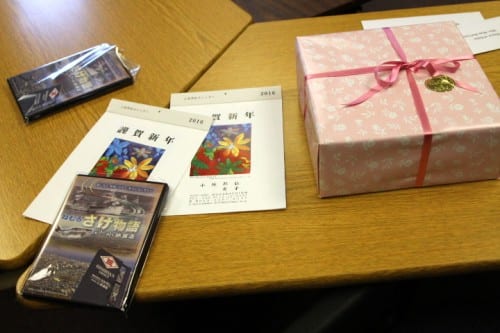 In return, Gorman presented a print of a raven and an eagle – the two moieties of the Tlingit tribe. Motioning to the print, he said, ‘This is the land of the Tlingit people and so we share this image with our sister city.”

The two groups then split bottles of Sitka-made root beer and chatted, while their translator Tsunoda took a break. Turns out, the two cities have been partnered in business since the 1970s – when a man named Masao Masuzawa, then Board Director of the Nemuro Fishermen’s Association, visited Sitka. 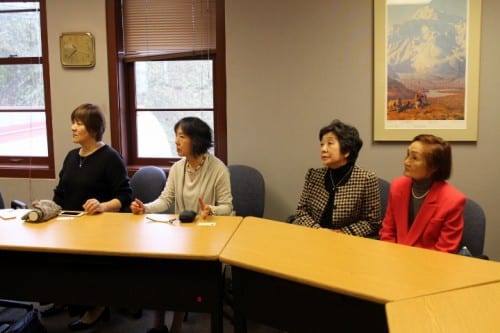 The two cities became registered Sister Cities in 1975, linked through the seafood and timber industries. Tsunoda said, “Nemuro is very strong in the seafood business and Sitka is also very strong.”

Tsunoda then produced a neatly printed timeline, detailing the diplomatic relationship between the two cities across the decades.

The Baranof Bluegrass Band performed for Nemuro audiences in 1980. High school students were pen pals in 1993. But after that big Alaska Day visit in 1999, the Nemuro-Sitka relationship waned. Tsunoda said it’s probably because of changes in the global economy. “Japan’s economy is kind of fried. The fishing industry tied up our relationship to Sitka. But as you know Sitka Sound Seafoods – the other industry – they catch most of the herring to Japan, so those businesses still continue.”

Tsunoda makes an effort to come to Sitka every April for herring eggs, a delicacy known as kazunoko in Japan. He was an employee of the Sitka’s timber pulp mill from 1978 until it’s closure.

Tsunoda commented that this visit – initiated by Honda- is an attempt to revive diplomatic relationships between citizens, all business aside. “Business has kind of slowed down. But [Honda] wants tie up more citizen relationship, especially with young people,” Tsunoda said.  Before returning to Nemuro, the group will make a stop at Keet Goshi Heen Elementary School to meet with Sitka’s youngest citizens. 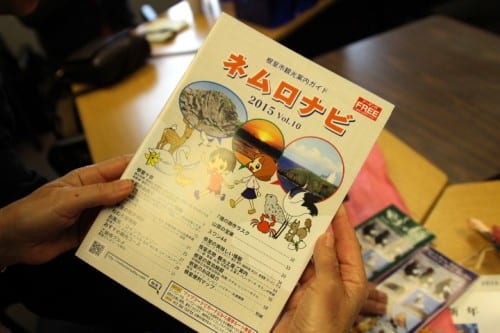