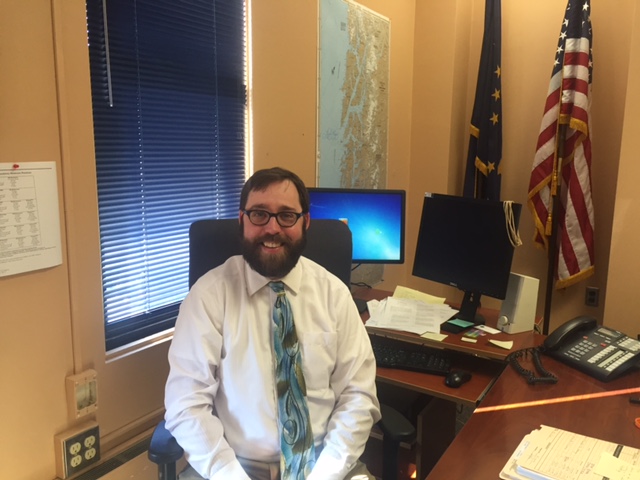 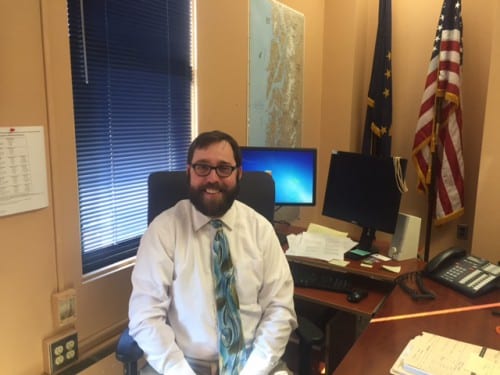 Christopher Orman is the new assistant district attorney for Sitka, Petersburg, and Kake. He replaced Jean Seaton in February, who held the position since 2009. Originally from Southern California, Orman had a winding road to get into law, but he says he’s ultimately happy to be serving the community.

In the last week, Orman has worked on an evidentiary hearing in a stabbing case and indictments for two cases involving heroin.

You may think those things could bog you down. But Orman, 39, is surprisingly upbeat. The big-bearded prosecutor likes to focus on the bright side.

“In this job it’s the successes even if it’s that day-to-day success, single day success where that person made it through rehabilitation and they’ve now gone a month and there’s been no mishaps, no mistakes,” he said. “Those I think are the positives.”

The pros are what keep bringing him back to the bar. Orman was the assistant municipal attorney for the City and Borough of Juneau for the past three years, before taking this new post. He has a history in Alaska, also working as a law clerk in Ketchikan and as an assistant district attorney in Palmer.

Orman wasn’t always sure he wanted to practice law, though.

So after studying literature at California State University San Marcos, he went to culinary school to specialize in pastry, inspired by cooking shows on TV. But the long hours proved to be too much for him.

“It was at the end of a New Year’s eve where it had been really, really busy and I was tired and I had worked a ridiculous amount of hours straight through on very little sleep. I kept asking myself, ‘what am I doing? Why am I beating myself up like this?’” Orman said. “So it was in that context I decided I should become an attorney and here I am. The hours have not changed. I feel like I am back being a chef.”

He’s joking as he says that, but needless to say he doesn’t chill out in the kitchen.

“My wife will say when I end up in the kitchen I suddenly get my kitchen face on and I get kitchen aggressive because I just suddenly have this focus that seems to come back from when I was a chef in a kitchen,” he said. “Most of the time when I unwind I go out fly fishing.”

Orman says he’s happy to be back practicing criminal law, after all the civil cases he handled in Juneau.

“When you’re dealing with criminal cases there’s a little bit more of an element of directly improving the community.”

The Sitka assistant district attorney used to cover Angoon and Wrangell, but restructuring within the Department of Law has given those communities to the Juneau DA. The Department very nearly included Sitka in that consolidation, but decided against it after the Sitka Assembly came out in support of keeping a state prosecutor here in town. .

And although he works hard as a prosecutor, he also knows how to have fun. Elisabeth Schafer is a paralegal in the district attorney’s office.

“He has a good sense of humor and you need it to keep on doing this job.”

When not working—or joking—Orman likes to hike, fly fish and hang out with his family, his wife, two kids and their two cats.