Ferry fares rise for third time in a year 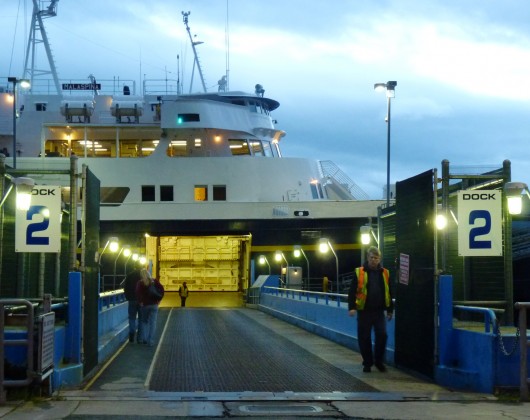 Crew check the Fairweather while docking in Petersburg in 2014. (Photo by Ed Schoenfeld/CoastAlaska News)

It’s costing 10 percent more to take the ferry to and from the Lower-48.

The May 1 fare boost is part of another round of Alaska Marine Highway System tariff increases. Officials said they’ll increase income and help equalize rates across all routes.

“Those routes always sell out during the summertime. And by putting on that premium, that will generate additional revenue, which will allow the marine highway system to provide ferry service in other parts of the system,” he said.

A passenger traveling one way from Juneau to Bellingham without a vehicle or stateroom now pays about $410, a $50 increase.

That’s more than 10 percent, because it incorporates other changes. Woodrow said it’s part of the effort to equalize all ticket prices.

The rate hike is the third in the past year. Two previous increases raised fares a total of about 10 percent, across the board.

Woodrow said the fare-equalization effort will take about five years. But you can’t find the latest rates without making – or trying to make – a reservation online or on the phone.

“We have thousands of different route combinations. Before it was easier to say which ones were not being increased, compared to now. Now, almost every single route is being affected, because … we’re applying a formula to those routes,” he said.

That formula comes from a 2015 tariff analysis.