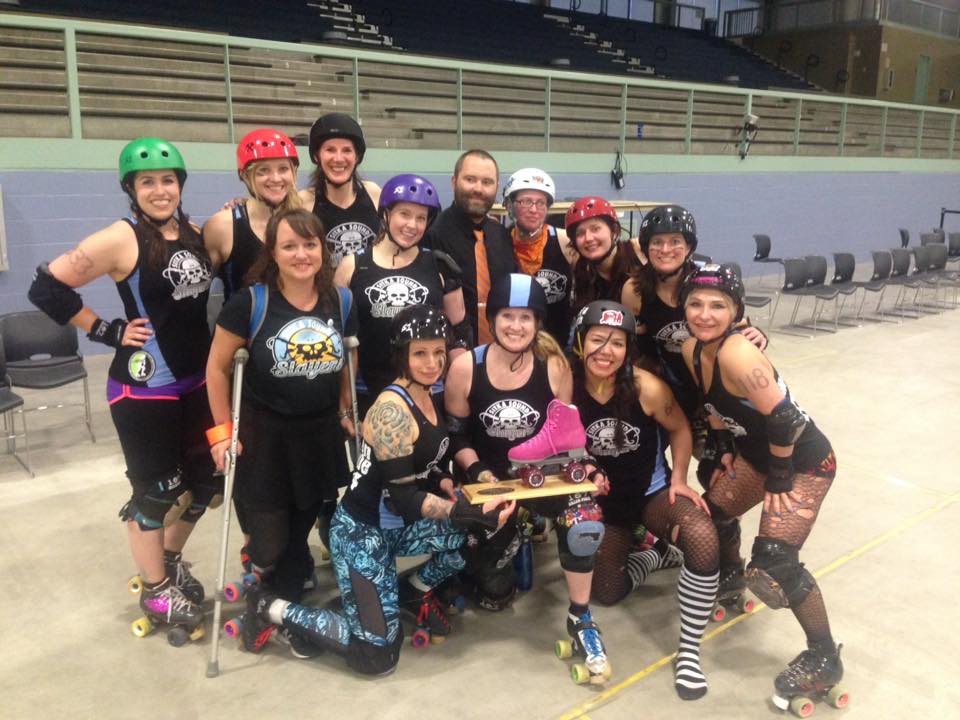 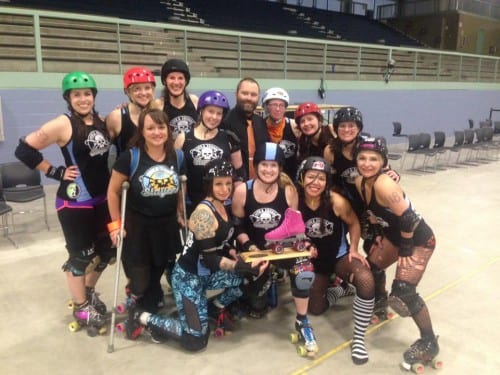 Entering the contest as the number one seed, the Slayers quickly ascended the ranks, beating Petersburg Ragnarök Rollers 239-11 and Anchorage Rage City’s B-team, Orange Crush 109-63. In the final game, the Slayers locked down the prize, defeating the Juneau Roller Girls 193-97. 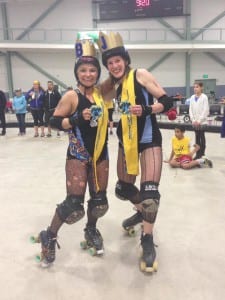 For their performance during the tournament, HotWheelz and Becker the WreckHer were awarded MVP blocker and MVP jammer, respectively. (Photo from Sitka Sound Slayers Facebook page)

Formed in November 2012, the team has grown to include dozens of A and B team players, green players (who are in training), referees, and several NSOs (non-skating officials).

Of the state victory, Slayers Captain ValKori said it’s been a team goal all year. “For us to be able to have a team that won the United We Roll Tournament, from a community of just over 8000 people and the athletic potential we have in Sitka, that’s really inspiring to us as a team. And now we’re just looking ahead to after June.”

The team is poised for certification from the Women’s Flat Track Derby Association (WFTDA), which would give them the green light to compete in tournaments out of state.

But in order to earn that certification, they have to log two mock “sanctioned games” – games that abide by WFTDA-standards of play. Those games are coming up soon. The Slayers will host the Juneau Roller Girls on May 14th at 7 p.m. and Mat-Su’s Boom Town Derby Dames on June 4th at 7 p.m. at the Hames Center.

ValKori said, “After that, we need recommendation letters and there’s a series classes we have to take about WFTDA membership and the business side of derby.” Each league if owned and managed by the players themselves, a far cry from the commercial origins of yesteryear.

Their next goal? To finish the season undefeated. 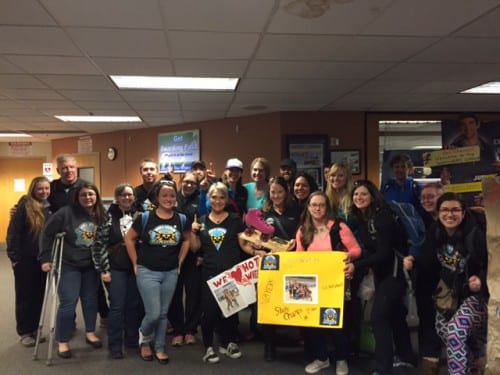 Fresh off the plane, Slayers were greeted by a family and fans at the Rocky Gutierrez airport on Sunday (4-24-16). (Emily Kwong/KCAW photo)