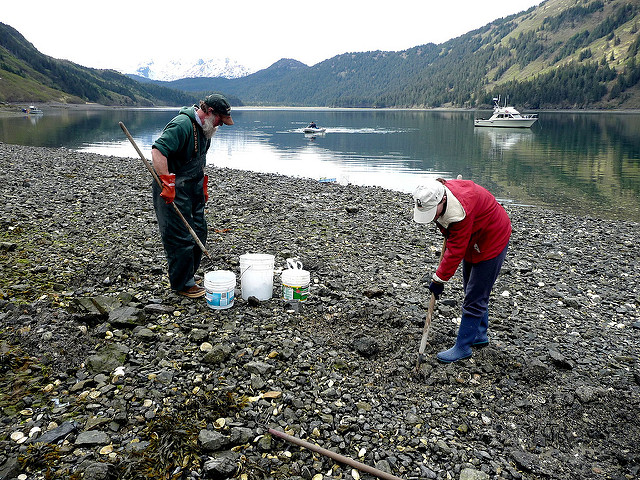 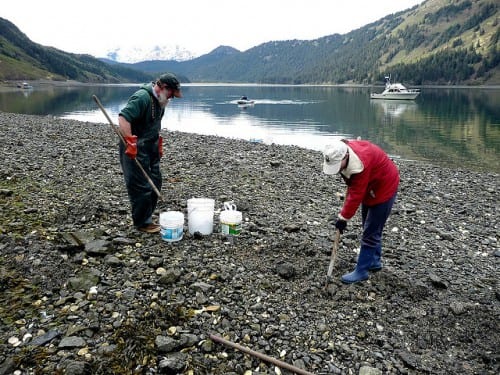 There’s been an outbreak of paralytic shellfish poisoning at a popular clamming beach in Sitka — but no one has become sick.

A recently-completed lab operated by the Sitka Tribe of Alaska detected the high levels of toxins, and quickly alerted users.

The STA’s Environmental Research Lab has been monitoring Starrigavan since last November, in order to gather baseline data.

But recently all three varieties of popular shellfish in the area — butter clams, littleneck clams, and cockles — have shown elevated levels of saxitoxin, which causes paralytic shellfish poisoning in humans.

Chris Whitehead runs the lab. He says they’ve detected levels of biotoxins just over the minimum safe levels of 80 micrograms established by the US Food & Drug Administration.

“I don’t think anybody would probably feel, if they’ve had any clams at Starrigavan, that they would feel any of the symptoms. But possibly, depending on their body weight.”

The lab discovered the elevated levels of PSP at the same time it observed a bloom of alexandrium, a type of microorganism known as a dinoflagellate. Some butter clams, however, tested for high levels even before the alexandrium bloom.

“Remember, the butter clams can hold on to the saxitoxins for up to two years. Littlenecks and cockles are susceptible to more recent blooms. There might be places around Starrigavan, but we’re only monitoring there. That’s really all I can speak to.”

Whitehead says the Tribe’s lab is just now jumping through some of the final regulatory hoops that will allow Sitkans to test recreationally-harvested clams before consuming them. In the meantime, it’s continuing to monitor sites around the region.

“There are 14 other tribes in Southeast that are part of our program. Some of them have one site, some of them have up to four sites that they’re monitoring. So they’re sending samples here as well.”

Ultimately, Whitehead hopes the lab can test commercially harvested shellfish. Until then, recreational harvesters can check — at a glance — for elevated PSP levels in shellfish at sites around Southeast Alaska on a website called Southeast Alaska Tribal Ocean Research, or seator.org. As of press time Friday afternoon, only Sitka was showing elevated levels of biotoxins in local shellfish.