Debut novel’s story of determination ‘a love letter’ to Alaska 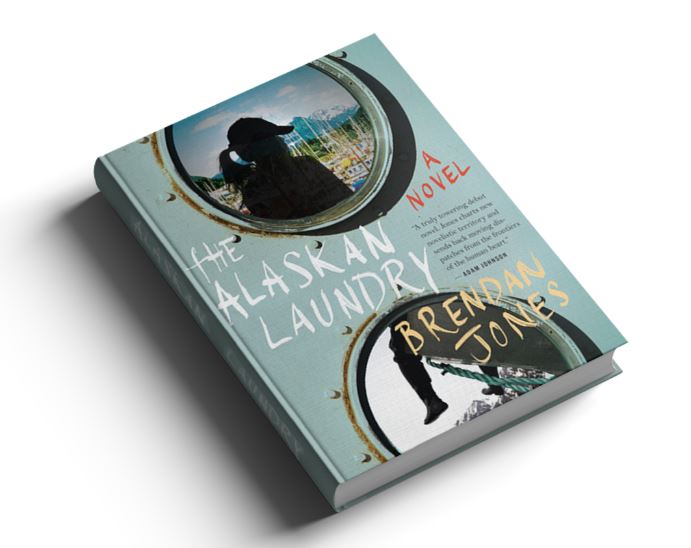 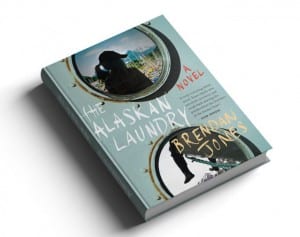 Southeast Alaska is a good setting for a coming-of-age story. The rigors of the jobs available to young people here — mostly in the fishing industry — and the hazards of the landscape can make or break anyone.

Brendan Jones captures this experience in his debut novel The Alaskan Laundry.

He spoke with KCAW’s Robert Woolsey.

Brendan Jones will read from The Alaskan Laundry 6 PM Tuesday May 17 at Old Harbor Books in Sitka.

The Alaskan Laundry is an Alaskan story. But Brendan Jones folds details of his childhood in South Philadelphia into the life of his female heroine. Much of her strength is rooted in that city, and is put to the test in Alaska.

“Philly loves an underdog. I mean the entire city worships a character that never existed. Rocky — that’s the Philadelphia hero. So framing Tara, the protagonist, as an underdog, I think will really seduce Philly.”

That would be Tara Marconi, an Italian-American woman who lands a job sight-unseen at a salmon hatchery in Port Anna, a fictional doppelgänger of Sitka.

Tara grew up in her family’s bakery, and in a nearby boxing gym. She’s the “Million-Dollar Baby” crushing the skulls of spawning salmon in a hatchery raceway, rather than punching sides of beef in a walk-in refrigerator like Sylvester Stallone.

But Jones says that Tara is also a literary archetype.

“I would like to think that the whole idea of a hero’s journey is somewhat universal. You have it in Star Wars, in the Odyssey. Somebody leaving what’s familiar, and challenged, and finding a mentor figure, and challenged again, and then coming back with new knowledge. The story of the prodigal son. I think that hopefully resonates everywhere.”

And for Tara, that story starts in Philadelphia. During her mind-numbing hours working, first in the hatchery, and later at a seafood processor, Tara has ample opportunity to reflect on her past. She’ll see parallels between the hard-working communities of her past and her present. The details are rich.

Jones himself is working from memory.

Jones – My first girlfriend when I was in kindergarten was Danika Termini, and her family owned Termini’s Bakery on A Street, right off Tasker in South Philly. And so we spent a lot of time in that bakery, in the walk-in freezer, making cookies, cannoli…
KCAW – Danika, you’re getting a shout-out right now.
Jones – It’s funny, I looked all over for Danika. I wanted to invite her to the reading at the library in Philadelphia, but I don’t know where she is. Maybe she’ll hear this Raven broadcast and she’ll call in.
KCAW – Maybe she’s working on a fishing boat up here somewhere.
Jones – Wouldn’t that be full circle? Wow, I can’t even fathom it.

Jones says he started The Alaskan Laundry 11 years ago with a more Hemingway-esque male in the lead role, but Tara eventually rose to the fore in what he calls “a war of attrition” with his characters. His editor, agent, and publisher also pressured him for other changes — like the inclusion of a dog, a request made two weeks before the manuscript was due.

“Yes. So Tara, the main character, she does fall in love with an old tugboat. Of course what happens is very different, and I am not Tara. Sure, there are similarities, and I think we’re going through some of the same things that she went through when it comes to figuring out how to do best by the boat, and how to live on it, and how to make it a home.”

The fictional Pacific Chief is almost a plank-for-plank literary version of the Adak, the tugboat Jones himself lives on in Sitka’s main harbor. 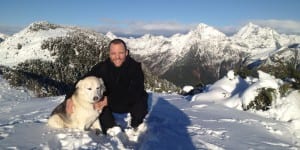 Jones came to Sitka as a 19-year old to work as Volunteer-in-Mission at the hatchery at Sheldon Jackson College. He spent a season working at a seafood processor. He spent nine months living in the woods. He became a newspaper reporter at the Daily Sitka Sentinel. He later worked as a carpenter, attended Oxford, and then won a prestigious Stegner Fellowship in creative writing at Stanford.

There are different kinds of romance in literature. His teachers at Stanford recognized the love story Jones was writing in The Alaskan Laundry. They advised him to avoid confusing the issue.

“There are actually awards given out for worst sex scenes in novels, and you have really good novelists getting that award.”

So Jones calls The Alaskan Laundry a “love letter” — to the literary tradition he’s following, to Alaska, and to the town of Sitka and the young people who create a home here.

The Alaskan Laundry is available in paperback from Mariner Books.