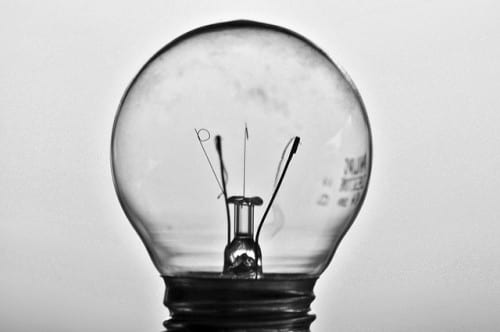 On first reading Tuesday night (5-24-16), the Assembly passed an ordinance to create a utility subsidization program. Eligible Sitkans would have part of their monthly utility bill paid for by the city. (Photo by Lorenzo Scheda, Flickr Creative Commons)

The centerpiece of Tuesday night’s (5-24-16) Assembly meeting was the cost of living in Sitka. Specifically, how some Sitkans are struggling to pay their utility bills and whether the city should provide assistance. Assemblymen Tristan Guevin and Bob Potrzuski presented their plan to create a subsidization program.

A portion of Sitkans are having difficulty keeping the lights on. Shut off notices have increased. 800 households are disconnected every year. And it’s created a bit of a crisis in the Finance Department, where some citizens don’t have the means to enter a payment plan and pay off their debt.

Chief Administrative Financial Officer Jay Sweeney brought the issue to the Assembly back in February. At what point do I say, ‘Enough is enough.’ Do I let it grow from $4000 to $10,000 because there will never be the ability to pay? Those are really difficult calls. Assemblymen Tristan Guevin and Bob Potrzuski volunteered to work on a solution.

Flash forward to Tuesday night and here it is: a community-assisted utility subsidization program. See a draft of the ordinance here: Ord 2016-15

Eligible homeowners would have some of their utility bill paid for by the city. That subsidy could be revoked or modified anytime. Homeowners qualify if they are receiving or seeking assistance from the state or a handful of local programs, including the school district’s Free-or-Reduced Lunch.

Guevin said that by identifying families through these already existing programs, the city can help those who are financially strapped. “As utilities are increasing, we’re forcing families at the lower end of the income scale to make decisions about whether they’re going to stay in Sitka. I’ve talked to grandparents that are sitting at home in the dark because they’re worried about the rising cost of electricity,” he told the Assembly.

He further argued that Sitka’s income gap is fairly significant and a policy like this would “level the playing field.” He told the Assembly that 23% of households make under $35,000 a year in household income, while 28% make over $100,000.

Potrzuski worried that the cost of living could drive working Sitkans away. He said, “You can’t have a community without service workers – people that fill an important niche in our community.  We’re putting pressure on them through rising housing, electrical, food…we’re putting so much pressure on them that they looking to find somewhere else to live.”

Mayor Mim McConnell and the remaining Assembly members largely agreed with these claims. But they had significant concerns too, namely: Who is going to pay for this? It would cost an estimated $200,000 and the municipality just doesn’t have that kind of money.

Guevin suggested tapping the Southeast Alaska Economic Development Revolving Loan Fund (i.e. the Stevens Fund, created by Ted Stevens in 1997 to help local economies). Sweeney said one option is to raise rates to cover the cost of the program, but Assemblyman Aaron Swanson took major issue with that.

“I’m probably going to be voting no on this because I don’t think the money should be coming from the General Fund, the Stevens Fund, or adding a higher rate increase to people who are already paying. We’re trying to pay off this damn and this is going to raise rates even more,” Swanson said.

McConnell, though, supported the measure. “If anything just to keep the conversation and try to have it come up again with a full Assembly and hear some more thoughts from the public,” she said.

Assemblymen Matthew Hunter and Steven Eisenbeisz were both absent from the meeting. There was one citizen who spoke against the ordinance, Clyde Bright, who said “everybody should be paying their fair share.”

There’s also the question of who would run the program. Sweeney insisted the work be contracted with an outside entity, instead of run in-house. “The municipality is not equipped to handle the sensitive personal information to make the judgement calls on eligibility,” he said.

The original ordinance mandated the city hire a contractor, but the Assembly voted to strike those lines entirely, to allow for greater flexibility in hiring whoever oversees the program and how. Shortly after, they unanimously approved the proposal. It will have a second reading at the next meeting on  June 14th.