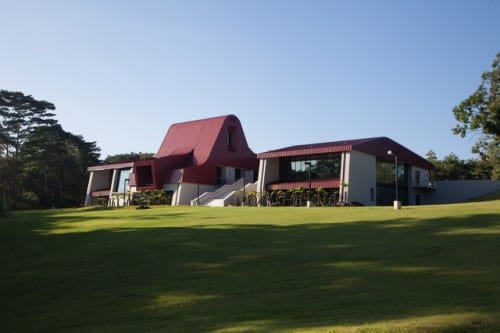 Xh’unei Lance Twitchell is studying language immersion schools in Hawaii, to bring the model to Southeast Alaska. Central Council has pledged to build a preschool this fall. Pictured here is Hale Kuamo’o, the Curriculum Development Office that serves as a hub for language revitalization in Hilo, Hawaii. (Photo courtesy of Lance Twitchell)

Celebration began in Juneau yesterday (06-08-16), a major gathering point for Native language speakers. Three workshops will be held throughout the week for Tlingit, Haida, and Tsimshian languages.

Last year, Representative Jonathan Kreiss-Tomkins introduced a bill to boost Native language immersion schools. Though the bill only got a couple of hearings, the spirit of the idea lives on. There’s movement in Juneau to get a preschool off the ground this fall.

Xh’unei Lance Twitchell has been in Hilo, Hawaii since May. And he’s renting a room from Larry Kimura, the “godfather” of the Hawaiian language revitalization. “I can look out and see his yard. It’s a very Hawaiian landscape. Very lush. It’s been raining quite a bit here,” Twitchell said over the phone.

The rain is not all Hawaii and Southeast Alaska has in common. Their indigenous languages were threatened by territorial legislation and English-only education policies in the 19th century. Twitchell estimates there are only 50 fluent Tlingit speakers left. A lot of them are over 70 years old. 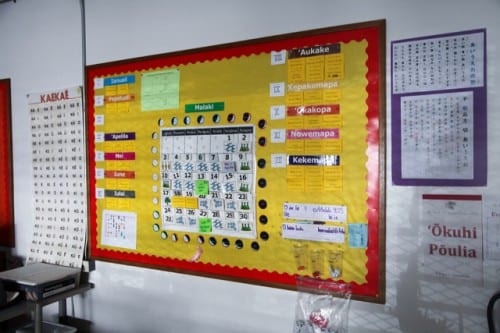 “We want a simple mathematical equation: we make more speakers than we lose,” Twitchell said. “If you are not making new speakers, then your language is going to die.”

Hawaii was in the same situation 40 years ago. So, Kimura and other supporters mobilized to build language medium schools, where students learn everything in Hawaiian.

It began with a preschool system, Pūnana Leo Preschools, then K-12 schools and in 1997, the University of Hawaii at Hilo created the College of Hawaiian Language, called Ka Haka ‘Ula o Ke’elikolani. All told, the system has 4,000 students — that’s 4,000 new speakers.

A video about Nawahi, a P-12 language medium school


Twitchell went to Hawaii for a doctoral program in an effort to bring their language immersion concepts to Southeast.  He wants to build schools for teaching Lingít. “I think we [in Alaska] have a very colonial structure, where in a lot of rural communities you’re bringing in teachers from outside of Alaska who don’t have any knowledge of Alaska people or Alaska native languages. So, I think Alaska Natives end up with a 50 percent graduation rate,” he said. 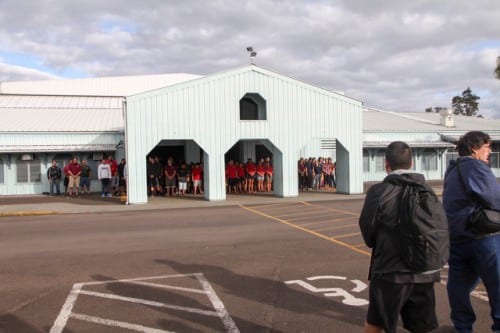 And in Hawaii? The graduation rate at Ke Kula ‘O Nāwahīokalani’ōpu’u (Nawahi), a P-12 language medium school south of Hilo, is 100 percent. Twitchell first toured immersion schools in Hawaii in 2011. At one of the schools, he walked through the classrooms and the gardens out back, where he found kids who knew the Hawaiian names for all the plants.

“That was a life changing moment to see that,” Twitchell said. “To see about 200 kids who were all fully fluent in Hawaiian, who were all using Hawaiian in this environment.”

As an English speaker, Twitchell had to keep quiet to protect the space. “Which is the situation we want,” he explained. “You want a realization that you can create an indigenous place where English becomes the foreign language – not of power, but the indigenous language becomes the language of power.” 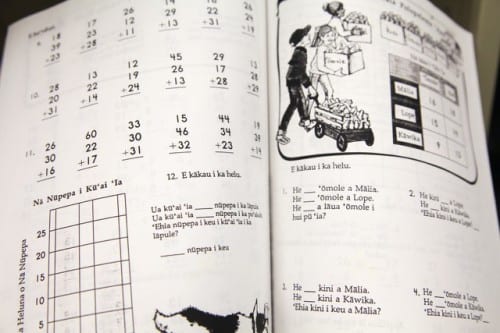 Just like in Hawaii, Twitchell wants to start with a preschool — “a language nest” for children ages 3-5. There will be areas of learning and areas of play, like a fish cleaning station. The staff would include two fluent speakers, a teacher’s aide and lead instructor Mary Folletti. “My child is two right now. That age – from birth to age five – that’s really the primary age for teaching language,” Folletti said.

Folletti was especially proud when her daughter began understanding colors. In Tlingit, the word for “blue” is translated as “the color of a blue jay.” Two-year-old Enza pointed that out to her mom and said, ‘I wonder where “s’oow” is?’ S’oow is the color of jade. Folletti said, “She does things like that that make me smile and proud of the way she’s thinking.”

The preschool’s primary source of funding comes from the Central Council of the Tlingit and Haida Indian Tribes of Alaska. The delegation pledged $250,000 to the language department, though it will be up the executive council to determine how much of that will be allocated to the language nest.

The project has a big fan in Paul Ongtooguk, an assistant professor at the University of Alaska Anchorage. “If you become a fluent speaker of a language that’s in stress, you’ve become this crucial part of a bridge for the next generation,” Ongtooguk said.

He points out that Bethel’s Lower Kuskokwim School District has had a language immersion program since the 1970s, but the district has faced pushback from the state to prioritize English instruction over Yup’ik for standardized testing purposes.

Ongtooguk said there’s an attitude among some educators that learning a Native language will hold students back. “They’re of the view that in order to learn English you have to eradicate the Alaska Native Language for these students,” he said. “It’s a very bizarre thing. But it’s a part of American history, right?”

Folletti said she’s heard the same argument and would have believed it, until she spoke to the educators in Hawaii, who said, “‘We have 80% of them going off the college. Some are staying here. A lot are coming back and becoming teachers in the schools.’ So that right there is evidence to me you can’t have that argument. That it does work.”

Eventually, Central Council wants to create a K-12 school with funding from the Bureau of Indian Education. But for now, teachers like Folletti and Twitchell are focusing their energies on the youngest speakers to bring Lingít back from the brink.