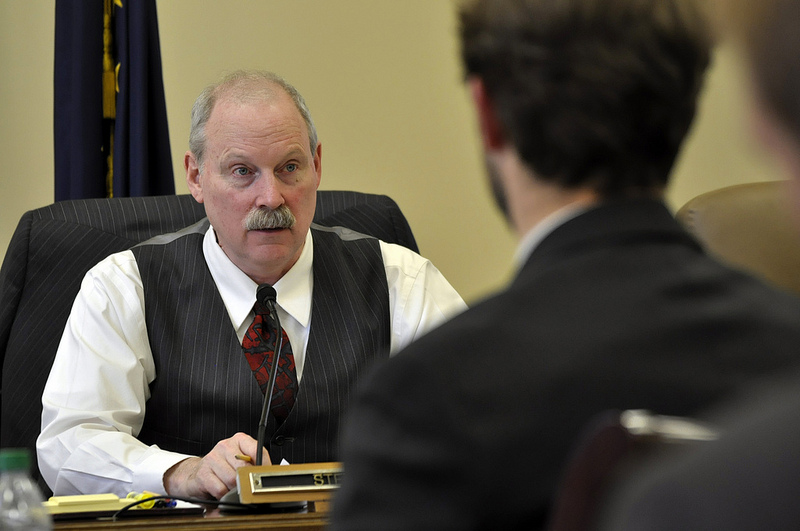 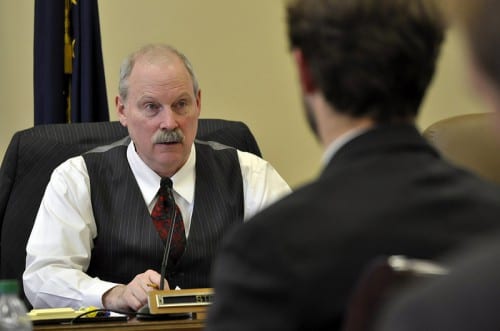 Sen. Bert Stedman reacts to testimony at a 2014 Senate Labor Committee meeting. The Sitka Republican is one of 10 lawmakers running unopposed this year. (Photo by Skip Gray/Gavel Alaska)

A fifth of Alaska legislators running for re-election this year face no opposition. That begs the question: Why, in such a politically active state, does anyone run unopposed.

One is Sitka Sen. Bert Stedman, who faces no contest – for the second time.

It’s only July, but the race is pretty much over for Stedman. He has no opponent in the August Republican primary or the November general election.

So, why does he think nobody’s running?

“Well, I think I’d be a tough competitor. I’ve got a good background in Southeast and I think we’ve done a good job, at least I’d like to think that, representing a district with all its diverse viewpoints,” he said.

“I just don’t think there’s a lot of excitement out there for wanting to be a member of the House or the Senate right now,” said his 2012 opponent, Sen. Albert Kookesh, an Angoon Democrat.

And did he think about challenging Stedman again?

“Absolutely not. I was in the House and the Senate when there was money. And I know what it’s like to be in the minority and not have any kind of influence. And it’s not something I want to do anymore,” he said.

Stedman began his political career in Sitka, where he spent a combined dozen years on the assembly and planning commission. He first came to the Senate in 2003, when he was appointed by then-Gov. Frank Murkowski.

Political analyst Christopher Clark, who’s worked as a journalist and a legislative aide, said Stedman is among incumbents able to run on their records.

“I think the constituents are saying, ‘We’re happy with you guys and we like the work you’re doing.’ Especially when you’re Bert Stedman and you were Finance [Committee] co-chair for several years. And back at a time when we were wealthy, Bert Stedman brought the bacon home to Ketchikan, Sitka, Petersburg and people remember that,” he said.

Two other state senators and seven state representatives also face no election challengers. That totals 10 of the 50 seats up for grabs this year. And the list doesn’t include one more lawmaker who only faces a declared write-in candidate.

Clark said the reasons vary from district to district. But in most cases, unchallenged candidates follow the saying that all politics is local.

Stedman won his first legislative election in 2004, defeating a Ketchikan Democrat by about a 3-2 margin. He ran unopposed in 2008, and beat Kookesh almost 2-1 in 2012, after reapportionment put both in the same district.

Despite the lack of opposition, he still plans to campaign for himself — and his allies.

“I’ll be working to try to get a Republican agenda moved forward through the polls and supporting the two challengers for the House District seats,” he said.

That’s because one of the representatives in the district is a Democrat, Sitka’s Jonathan Kreiss-Tomkins. The other, Daniel Ortiz, is independent who caucuses with Democrats.

Stedman said his job is to be a centrist, though his personal politics are more to the right.

“You’re elected to represent the people, not run off on ideological bandwagons, in my opinion,” he said.

Democrat Kookesh said he liked working with Stedman – and he’s OK with his political agenda. Both pushed for hydropower development, ferry system improvements and a stable budget.

“We served in the Senate together and we served in the majority. And we had almost the same kind of rationale and thinking and I don’t have any problems with his rationale or his thinking,” he said.