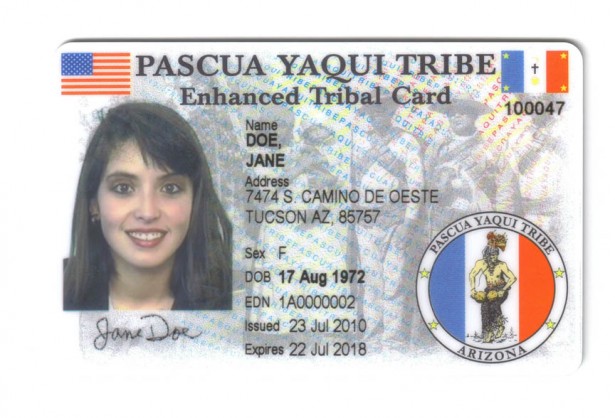 Enrolled members of Alaska’s largest tribal government are getting enhanced photo IDs. They can be used for border crossings and some other situations where official identification is necessary. But many other tribes can’t afford them.

The Central Council of Tlingit and Haida Indian Tribes of Alaska counts more than 30,000 members in and outside the state.

It’s issued photo ID cards for more than a dozen years. But President Richard Peterson said the enhanced ones are more secure. 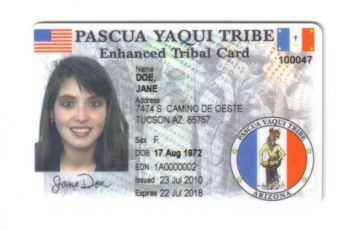 The Pascua Yaqui Tribe was among the first to issue enhanced tribal ID cards. The Tlingit-Haida Central Council is now issuing such cards. (Photo by Indian Country Today Media Network)

“These new IDs can’t really be replicated. They have a hologram, kind of like the state ID has done. [And] TSA prefers having the enhanced cards,” he said.

The IDs have been required for several years by the Department of Homeland Security’s Western Hemisphere Travel Initiative.

“Unfortunately, not a lot of tribes have been able to do it because it’s quite costly,” said Jacqueline Pata, executive director of the National Congress of American Indians. She’s also a Central Council vice president.

“It’s kind of like one of those unfunded mandates from the [federal] government. So, unless they’re able to get other resources – some tribes have been able to get some grant monies – but most tribes have had to fund it themselves,” she said.

“So many tribes are border tribes and our culture doesn’t stop because border lines were drawn,” she said.

The Central Council said the new IDs’ security enhancements will help protect personal data and reduce the risk of counterfeiting.

Council members can apply for the new cards through the organization’s website. Peterson said they can mail in a photo or catch up with council officials as they travel the region.

“We try to get to our largest population bases for sure and get those done. And then we do community visits and then we’ll bring our equipment there because they can print them on site,” he said.

The new Central Council ID cards are good for five years, after which they must be replaced.