Gray wants to lead Sitka’s schools away from ‘FedEd’ 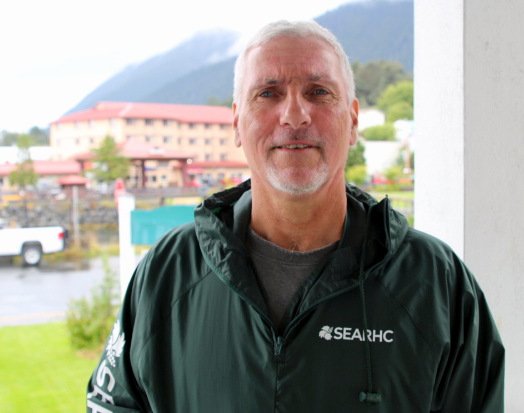 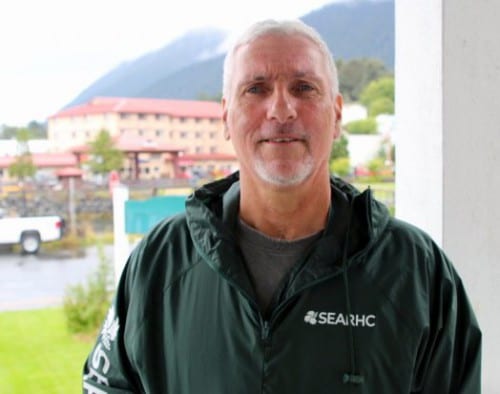 Ed Gray describes the Sitka School District as “the ground zero of FedEd.” He asserts that parents should have control over schools. (KCAW photo/Robert Woolsey)

Ed Gray doesn’t just want to sit on the school board — he’d like to lead it. The two-time school-board candidate disagrees with the district’s direction and approach to education. He’d like to drop recently-adopted state standards, eliminate standardized testing — and allow parents more control over the curriculum. His open dissent toward current school policies put him in fourth place out of five school board candidates last year. But he’s not deterred from running again, and he’s not toning down his rhetoric.

Note: This story is the first in our series of profiles of all 10 candidates for municipal office in Sitka this year. You can find all of them, as they are published, on this website. The municipal election in Sitka is Tuesday, October 4. In addition to voting for school board, Sitkans will choose two assembly members and a mayor, and decide one ballot question.

There was a rumor last year that the school district had a restraining order against Ed Gray, but it wasn’t true. Still, Gray admits that his relationship with the district is openly antagonistic.

“One of the hard things about me running for school board is I’m a proponent of local control, and we just have polar opposite views of the school district.”

Gray is a commercial fisherman, and a resident of Sitka for 29 years. His wife, Clara, sits on the Sitka Tribal Council.

This is Gray’s core rhetorical position: He’s for local control — of curriculum and standards — and the district is for what he calls “FedEd,” top-down standards originating in national education policy. He thinks the district has gone off course.

“The same things that I hope for my own children I hope for the children of Sitka: that we would have quality, valid standards and assessments and curriculum that would put them in a position to aspire. I want to be president of the school board. I want to take this in a direction that’s great for our kids.”

These don’t exactly sound like fighting words, except for the fact that Gray doesn’t attribute the same pro-child values to anyone else involved in district policy.

“But that happens to be not what our current superintendent and school board feels.”

Gray’s adversarial stance is connected to pushback against national Common Core education standards, which were widely adopted during the Obama administration. In Alaska, the state Department of Education created a slightly modified version of the Common Core called Alaska Standards. Sitka schools completed most of the transition to Alaska Standards in Math, Science, and English Language Arts last year and spent hundreds of thousands of dollars on new curriculum materials. Gray considered this a waste of district money.

“I could take the same Math book I used in school and teach my kids. We can afford education materials, but we can’t afford it in the system we’re in.”

But the goal of the Alaska Standards — or the Common Core — was to ensure that a 6th grader in Sitka was learning the same math as 6th graders in Dallas, or Des Moines — and not necessarily their father’s math.

In one sense, the battle over Alaska Standards is over. But Gray isn’t deterred from speaking out against testing.

“You create a standard, you create an assessment, and then the curriculum has to fit in that. You wind up redefining education as proficiency on an assessment. And that’s not learning. Learning is not performing on a standardized test.”

This is not a new complaint; it has been shared by some teachers and parents across the country ever since the introduction of standardized testing decades ago. Due to an internet snafu last year, the state suspended online testing of the Alaska Standards. This was an unexpected win for Gray, who made “Refuse the AMP” — short for Alaska Measures of Progress — his campaign slogan last year.

The state’s not bringing back testing again until 2018, as they search for a new provider, and Gray would like to see the district never bring it back. He believes the savings could be significant, as Sitka schools are pressed by another anticipated budget shortfall next year.

By how much? He’s not sure. He thinks the district is concealing the costs.

They don’t answer your questions. They give you bad numbers. They’re spinning it, basically they’re spinning their numbers. But I can tell you that it’s very expensive. It’s very costly.”

Business manager Cassee Olin writes the checks for the Sitka Schools. She pointed me to page 21 of the district’s budget which shows $5,700 in total spending on standardized testing last year .

Gray also singles out technology as a target for cuts. AMP testing was all online last year. He thinks the district is on a slippery slope.

Although no one on the board or in the administration has advocated for the elimination of teachers, the district’s technology costs are sizeable: $150,000 for internet services, or about 1-percent of the $20-million budget. Again, Cassee Olin says this it what the district pays for connectivity — whether online testing resumes or not.

What’s not negotiable for Gray are teachers and activities. He believes the arts and sports are critical to a child’s education. After years of homeschooling, he’s finally enrolled his son, a freshman, in Sitka High. His daughter is a senior at Mt. Edgecumbe.

Health and sexuality are also important topics for Gray, but only if they’re taught by the right people. Several years ago Gray joined opposition around the instruction of human health at Blatchley Middle School by a staff member of Planned Parenthood.

Gray worked with conservative lawmakers to draft parental rights legislation, and personally takes credit for language prohibiting the teaching of human health by so-called “abortion providers.” Senate Bill 89 failed, but a milder version, House Bill 156 passed, and now requires that human health be taught by a certified teacher in the schools, or by someone directly supervised by a certified teacher.

Gray is justifiably proud of his work on the legislation, but doesn’t like the idea that the law “grants” parents their rights. He says, “parents have had these rights all along.”

And he’d like to win a school board seat and see that parents — rather than national education policy makers — control what their kids learn.