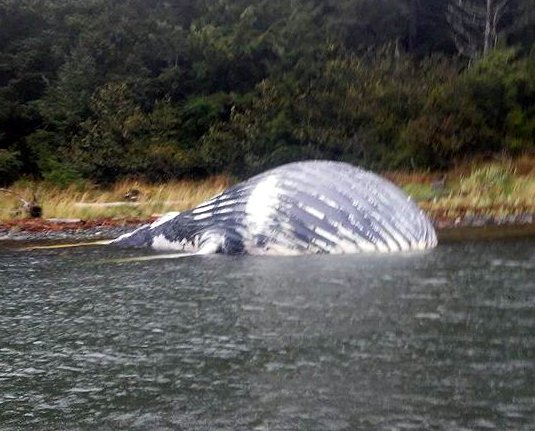 Julie Speegle, with the National Oceanic and Atmospheric Administration, confirmed today that a dead humpback whale reported floating in Sitka Sound Tuesday morning (9-13-16) will be examined.

After local mariners located the carcass of a dead humpback whale near Olga Strait on Thursday (9-15-16), the animal’s body was moored to the beach. Dr. Kathy Burek, a veterinarian from Alaska Veterinary Pathology Services, is scheduled to fly to Sitka on Saturday to perform a necropsy.

Fisherman Henry Larsen spotted the carcass at the southern entrance to Olga Strait, on the western shore. 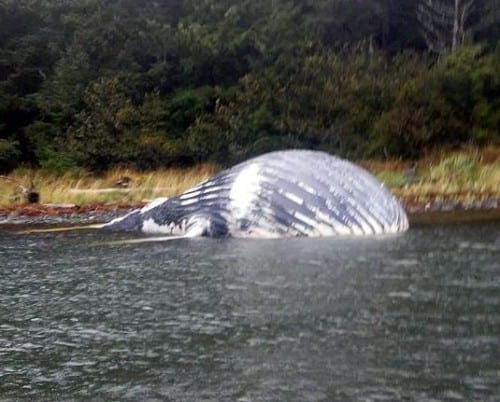 Larsen says the carcass was beached, but looked likely to refloat on the rising tide. He expected it to eventually drift south on the ebb.

Initial Report: Search on for dead whale in Sitka Sound 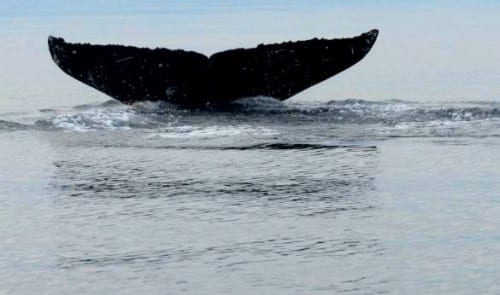 NOAA’s Julie Speegle doesn’t think the whale will be necropsied — if it can be found. (Ellen Chenowith photo)

The National Oceanic and Atmospheric Administration is looking for a dead whale near Sitka.

The Sitka Police Department received a report of the dead humpback floating in the Sound near Crow Island shortly before 8 AM on Tuesday (9-13-16), and passed on the information to NOAA officials in Juneau.

NOAA spokesperson Julie Speegle says they’d like to study the animal, which they believe is a male.

“If it’s possible to collect some samples while the whale is floating we will have our Stranding Network members attempt to do that. The best case is if it were on a beach and easier to access.”

NOAA’s Marine Mammal Stranding Network is well-known for its work clearing whales from fishing gear and other entanglements. But its members also perform full necropsies. Speegle doesn’t think it’s likely that NOAA will necropsy this whale — but they wouldn’t mind getting a close look at its eyeball.

“Because you can get the best information on harmful algal blooms from a sample of the eyeball. But they also collect blubber samples, skin tissue, and other tissues depending on what they’re able to gather based on where the whale is.”

Dead marine mammals are not an especially rare sight in Sitka Sound. This past July, members of the Stranding Network examined a dead humpback in Whale Bay. In 2012, researchers from the University of Alaska Southeast necropsied a full-grown Steller’s Sea Lion behind Mt. Edgecumbe High School. In 2011, the Stranding Network necropsied a juvenile killer whale on Kruzof Island. Its skeleton was later re-articulated and installed in the Sitka Sound Science Center.

If anyone happens to see this whale — either floating or beach — Speegle asks that you call the 24-hour Marine Mammal Stranding hotline at (877) 925-7773.