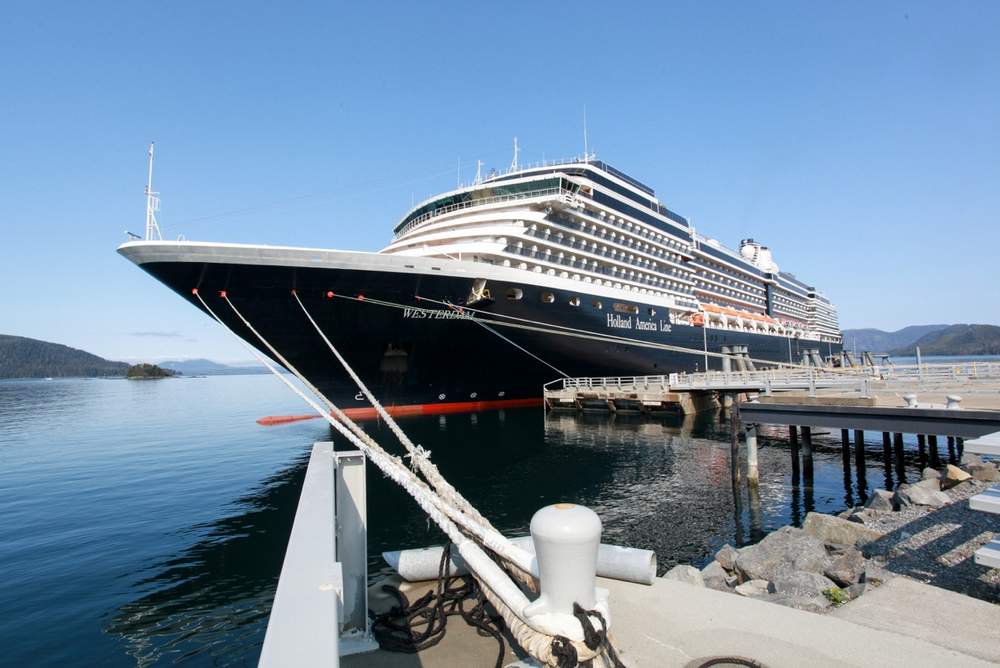 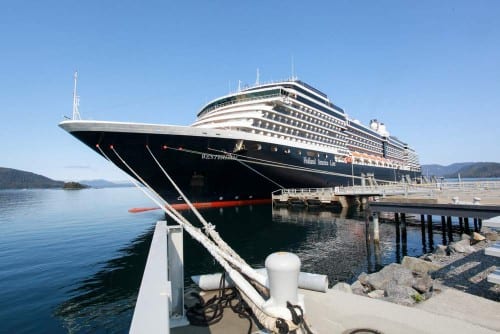 All Holland America ships this summer have been anchoring at the Old Sitka Dock and this ease of passenger transport is one of the reasons the company is bringing another ship to Sitka next summer. (Photo courtesy of Chris McGraw)

In 2017, Holland America will bring a seventh cruise ship through Alaska and Sitka is on the itinerary. Celebrity Cruises will also be making half a dozen calls.

Holland America’s Oosterdam will be redeployed from Europe for the 2017 summer season. The ship will depart from Seattle for a seven-day cruise and stop in Sitka on Thursdays. All told, it will make 19 calls. The capacity of the Oosterdam is 1,848 passengers.

Unlike past years, when they’ve anchored in front of town, Holland America cruises ships have been tying up at the Old Sitka Dock this summer and busing visitors into downtown.  Built in 2012, the dock was designed to court bigger companies to Sitka.

Chris McGraw of Halibut Point Marine Services, who operates the multi-million dollar facility, considers the dock a key element in persuading bigger ships to make calls in Sitka. Compared to last summer, he said, there were less cancellations because of bad weather.

“Last Friday, was a pretty stormy day, which I think would have been typically canceled if it had to have been a tender day. But they utilized the dock and the crew was really happy with the performance of the dock in the wind and the ease of passengers on and off. It makes it operationally a lot easier for them to utilize Sitka,” he said.

Celebrity Cruises will make six calls in 2017 and has a capacity of 2,200 passengers. Celebrity originally planned to visit Icy Strait Point in Hoonah, but instead chose to call on Sitka for those six sailings.

Cruise tourism to Sitka is on the upswing. In 2014, the passenger count was at a low of 90,000 passengers. With these new ships, the projected passenger count is 158,000 – that’s a 76% increase in three years. The increase mirrors trends across Alaska, which is on track to receive 1 million visitors this season.